I just bought an external Monitor LG27UDP69P for my 13 inch MacBook Pro. One problem: Roon isn’t outputting sound via HDMI cable (which is the only output>input that I can use for this Monitor). FWIW, it does output sound to the laptop (but not via the headphone jack). Sound output is set to LG Monitor (and even so, it outputs it to the laptop)

Is this a problem with Roon or the Monitor (or the laptop). I still have time to return the Monitor. But I’m reasonably sure it is Roon because–using the exact same configuration–with Tidal/YouTube/Itunes, etc. the sound does get rooted through the monitor.

Hi @James_Bailey ------ Thank you for the report and sharing this observations you have made with us, the feedback is appreciated!

When you navigate to the “audio” tab (found under “settings”), are you being presented with the following option: 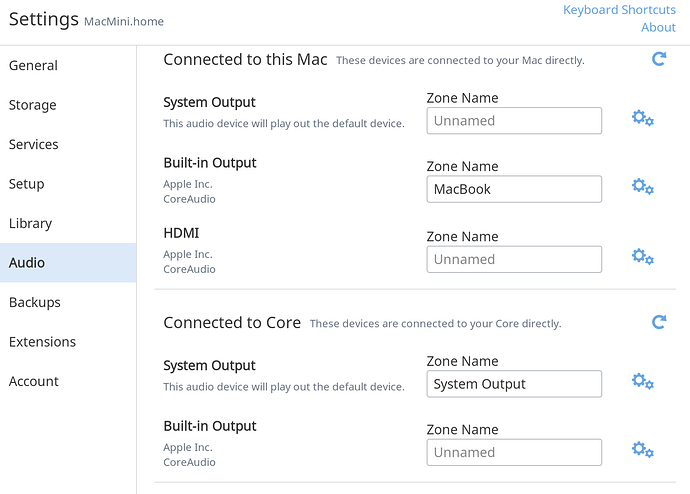 Hi @James_Bailey ---- Thank you for the screenshot, can you confirm that have the “unnamed” HDMI audio zone selected as seen in my screenshot below. 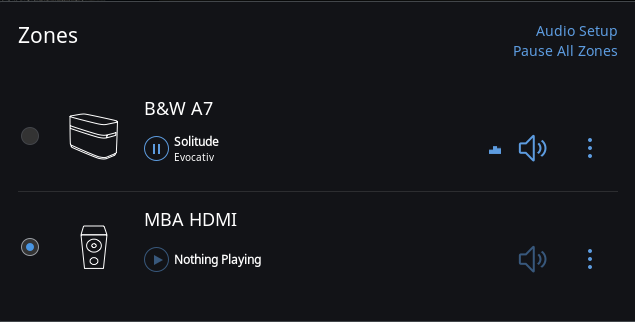 Exactly, using the same name for multiple zones can cause issues.

Eric/Rugby–got it. Beginning to understand how this works. And it’s working now. Thanks so much. J

One more question: what is the difference between “System Output” and “Built-In Output”?

I will take a crack at it, although I could be wrong as I am not a Mac guy. I think that System Output, like for PC and Android, is the output to the System Mixer. The System Mixer will take the audio stream and downmix it to interlace it with other computer sounds. Not what you want to use for music and it degrades the sound. I would disable it.
The Built In Output is, I believe, the option to send audio not through the OS System Mixer and can be setup for bit perfect sound.