Apparently there is a Pink Floyd, Animals Remix out, been out for a while. When I look in pink floyd as artist and down to the recommendations, nothing is mentioned about this at all?

Is this a miscommunication between tidal and Roon, or just the way it is, should I just search tidal app for new stuff rather than rely on Roon? 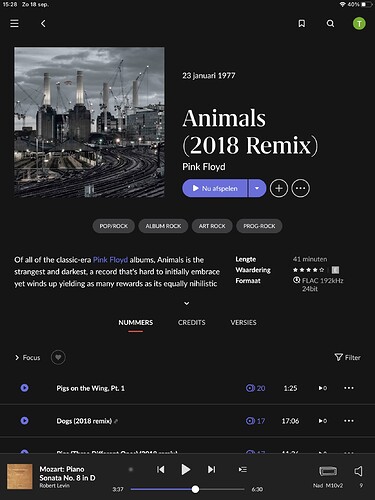 Found with a workaround. Search string:

‘Pink Floyd animals’
Don’t know how about Tidal. I am using Qobuz.

It may be that you can’t see it because of your settings. Is it listed under versions for the original release or 2011 remaster. 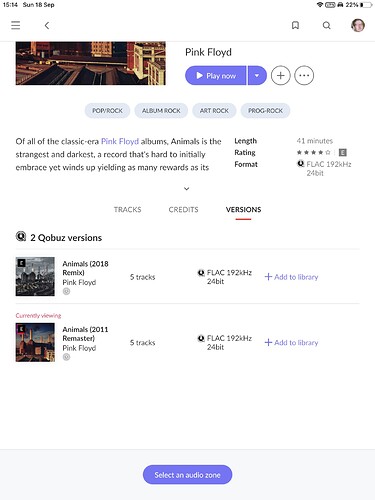 That sting did not work for me I had to type in 'Animals (remix 2018) and only then it came up with all the tracks individually but not listed under albums. ONce I clicked a track I could then add the album in the usual way.

Did you have another version in your library?

I dont understand this is a new release?

I have Animals yes, and Animals 2011 remaster. They show separately.

If how it works is, a new version is released and roon tells you nothing and you just have to what, randomly click versions of albums to find out, well that would be really bad