For example, in this Chopin album it cuts the title after ‘Nocturne’ resulting in 7 ‘works’ that are different pieces on the same album.

Probably related to the data available. The second screen is the unprocessed (?) data from Tidal. 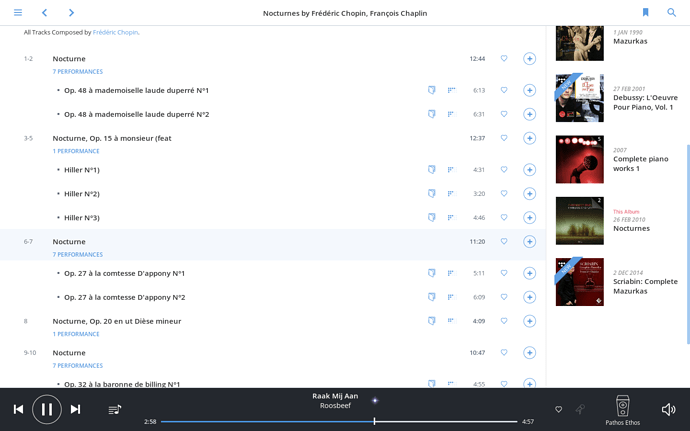 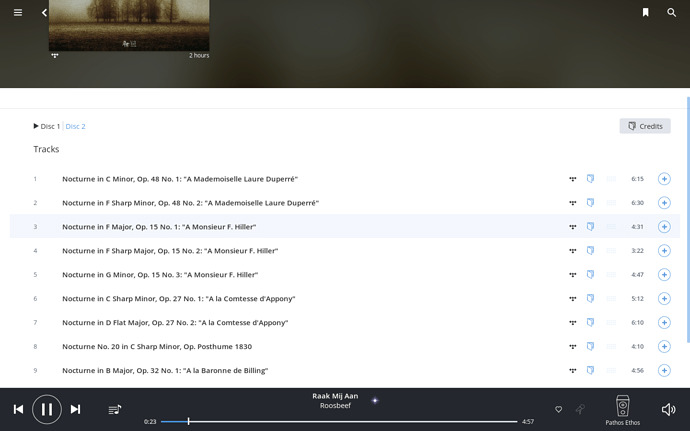 This is one for @jeremiah or @vova. Looks like quite poor metadata which is confusing Roon.

The first screen is my own CD rip, the second the album in Tidal.

Ahhh then it’s being confused by your poor tags…

You need some colons for separators, for one thing. And if you care about performance information and getting a correct performance count, you need to use the Allmusic work titles.

I don’t know about my tags, ripped by XLD so they must come from freedb or musicbrainz.
The album is correctly identified by Roon so that should override my own tags right?

It’s quite unclear what you have actually done… Can we start from scratch, and with a full screen shot? And maybe a library dump to @vova?

One thing I can see is that you have the composer also as album artist (“Nocturnes by Frédéric Chopin, Francois Chaplin”). This either means you have poor Roon metadata if it is indeed “identified” - not visible in your edited screen shot - or that your file tags have Composer in the wrong place.

I see here that the album has no Rovi (i.e. high quality) metadata. Maybe @jeremiah can request they improve it?

I’ve ripped the CD and Roon identified it.
I also found it in Tidal, where it seems the works are not processed and thought that might be the basic data used. 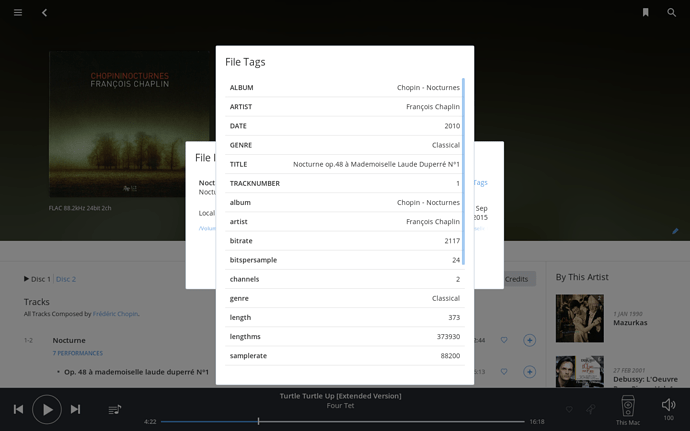 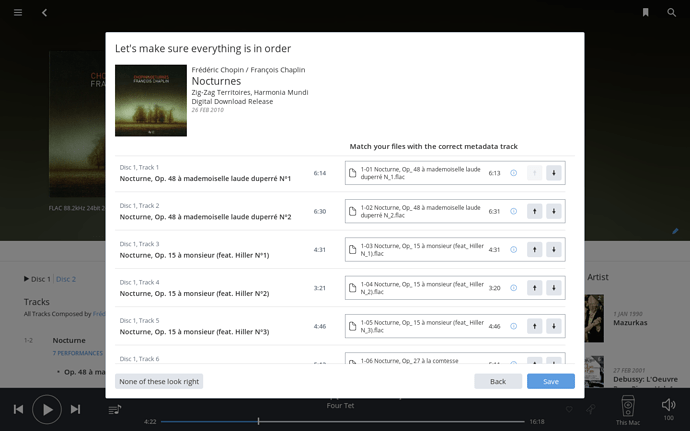 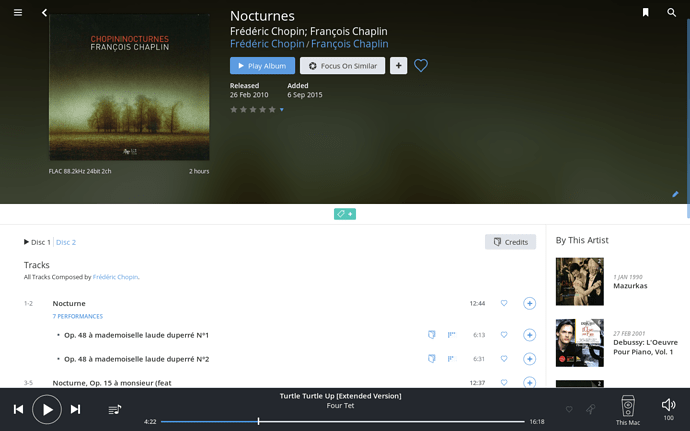 OK, so what you’re seeing is Roon having poor metadata.

Unless you want to groom your FLAC tags, which is time-consuming, your best hope is that @jeremiah gets Rovi to improve the album. This does actually happen in real life, and is a great thing when it does!..

full editing with feedback to Rovi, Allmusic or a custom Roon database to get edits and improvements to all users.

I’ve asked Rovi to flesh out the data for this album.