Description Of Issue
In labelling files within album folder, Roon labels the first file according to file name (which I want), then labels subsequent files Track 2, Track 3, etc.

It seems it just started doing this, as earlier files are labeled according to file name.

Apologies for the trouble here, @leonard_grusk! Can you share a screenshot of what you’re seeing? 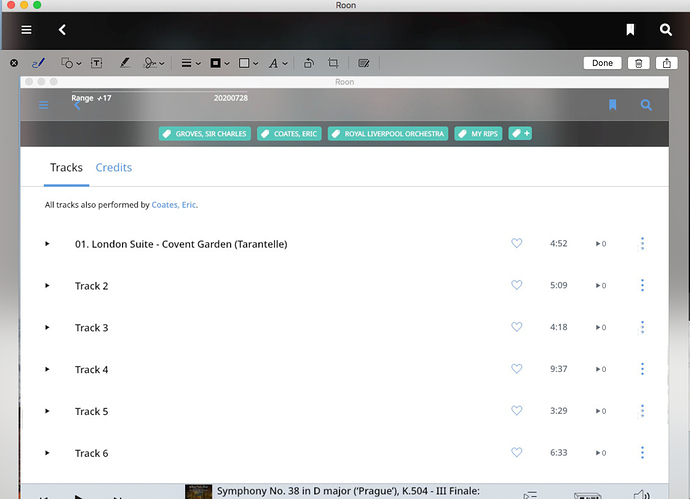 Is it this album, by any chance? 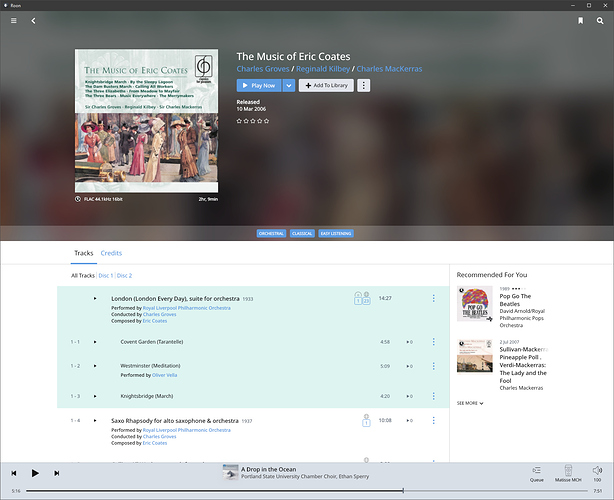 If so, then Roon certainly knows about it, but I think it’s being confused by the metadata you have. Can you help Roon by doing a manual identification?

This is the album. 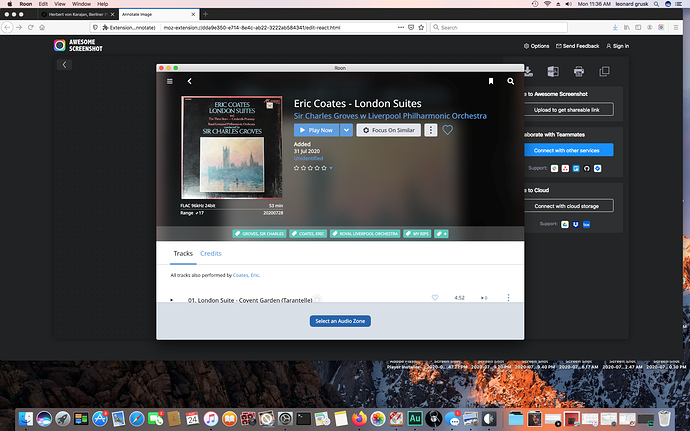 And I agree that Roon is misreading tag metadata.

OK, thanks. That appears to be an early release, which may not be known to Roon (your screenshot clearly states that it is “Unidentified”. These recordings I think were re-released as a 2 disc set (that I showed in my screenshot).

If it’s unidentified (even after you’ve tried the “Identify Album” button in Roon’s Album Editor), then Roon will depend on the metadata in the files to construct the album entry. I note that your Album Artist shows as “Sir Charles Groves w Liverpool Philharmonic Orchestra”. If this comes from your metadata for this disc, then frankly, it won’t make much sense to Roon. It would be better to ensure that your metadata has two entries in the Album Artist fields in the tracks: “Charles Groves” and “Royal Liverpool Philharmonic Orchestra” - both of which are known to Roon. That would then put this album into the discography of both artists in your Roon Library.

I wonder if other metadata needs to be tidied up for this album? To be honest, for more than the occasional metadata tweaks, most of us use a third-party metadata editor, rather than Roon’s metadata editing facilities, which are pretty limited.

I do use a third-party metadata editor to tag the files before loading them into Roon. Previously, Roon was able to read this metadata information. I tell the metadata editor to use the filename as the title of the selection. The problem, as I see it, is that Roon correctly reads the filename as the title for the first selection, then just numbers the following files as Track 2, Track 3, etc.

I think that the best way forward here would be to send Roon Labs a zipped up copy of this album’s folder and files, so that they can take a look at it.

@dylan, can you let @leonard_grusk know where he can send it to? Thanks.

Geoff is correct, it’ll be good for us to try importing this album so we can take a look at what’s going on. You can upload the album here: