Roon Playback Stops or Track Is Skipped [Fixed in build 157]

Prior to August, I was using a Bryston BDA-3 DAC with the setup above (excluding the Devialet components). The Music Renderer was the Sonicorbiter SE unit using the RoonReady app. Using that configuration, I had no issues.

In August, I purchased a Devialet D200 and replaced the Bryston BDA-3 DAC. I continued to use the Sonicorbiter SE unit and began having issues whenever I had tracks with mixed resolutions in my queue. If there were two tracks in the queue with different resolutions, the first track always played fine, but the second track did not play. Roon would read track two’s information and display the song title and other attributes, but the track would not play. If I hit skip back, then skip forward, track two would play. If there were three tracks in my queue and tracks 1 and 2 had different resolutions, after track 1 completed, track 2 would be skipped and track 3 would play fine even if it’s resolution was different than track 1. This happens whether I use the Sonicorbiter SE RoonReady app (USB input on Devialet) or the Devialet AIR3 app (Ethernet input on Devialet) to stream the files.

If I use the Sonicorbiter SE HQPlayer App - all tracks play fine since they are all sent to the Devialet with the same format/resolution DSD64. I would prefer not to convert everything to DSD64 and leave my PCM based tracks as is.

I have experimented with changing the Resync Delay when using both the RoonReady and AIR3 apps to no avail.

My Sonicorbiter SE settings are as follows: 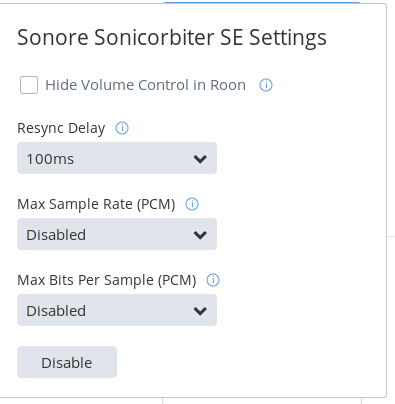 My AIR3 settings are as follows: 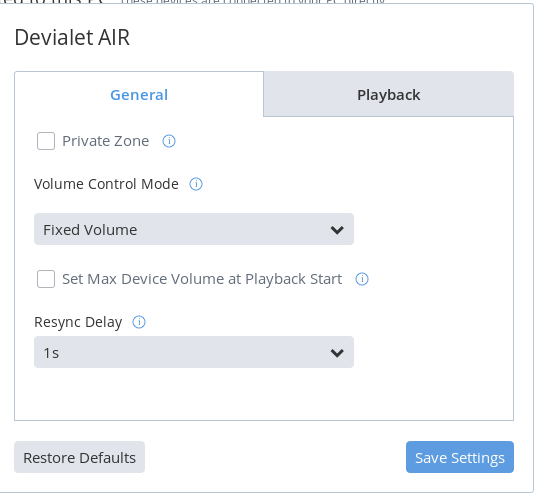 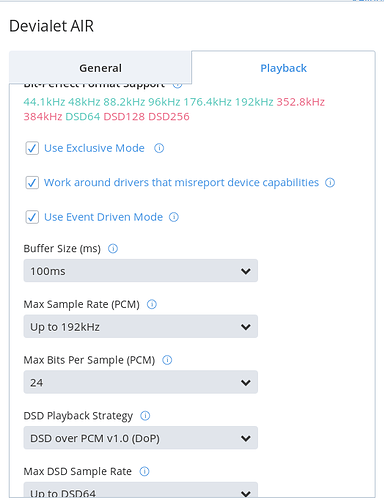 Any help would be greatly appreciated.

Most likely this issue.

I can replicate this issue. This is definitely a bug. I never have dropouts. @eric, my Roon Server core is on a Mac Mini and controlled via iPad Air 2. As with @scirica, I selected a Tidal track 16/44 and pressed Play. I then added a 24/88 track to the queue. I then added another Tidal 16/44 track to the queue. As soon as the first Tidal track finishes, the 24/88 track tries to start and then completely skips to the next Tidal track. I can replicate with various track formats. Cheers, Greg

A fix is coming.

Is it a Roon issue? Any idea when the fix will be released?

Yes, it’s a Roon issue. Not sure when, but probably soon.