I just upgraded to 1.3 and was hoping that the new version would fix this problem, but that’s not been the case. Track 1, “In C”, is still missing and only track 2 is showing-up. Same behavior as 1.2, in short.

Did a fix not make it into this release?

Hi @John_Lambert ----- Thank you for chiming in here to share your feedback and my apologies for the continued troubles. I wanted to reach out to you because we currently have a ticket open that is with our developers, who are looking into this issue. As soon as they have some feedback for me, I will be sure to update this thread with any information shared. We appreciate your patience while we conduct this investigation.

Hi Eric - any updates? None of the recent updates have fixed the problem so just wanted to check-in and see how this one is progressing. Thanks, J.

@mike what’s the deal with this?

All ---- Please be advised that this ticket is still open as it is dependent on a big change in our system.

Now, while I can’t when when this will be completed, I can verify that we are preparing to test in the near future. We appreciate your continued patience. Many thanks!

Thanks for the update - much appreciated!

Any devlopment on this, I noticed this is still present at least on my system.

Frustratingly I have brought some TRPTK albuns, and for example the 32bit 352.8kHz version of Konstantyn Napolov - The Collectors track 11 is not even recognized or or appear in roon. This will put me away of TRPTK high sampling rate albuns.

The track plays well on audirvana but I have built all my home systems based on roon, and this is a little disconcerting.

Please give some feedback of what could be the issue. Thanks.

Followed this topic
I have a DXD 24/384KHz with Carmen Gomes, there no problem here when I put this on the system…Via ROON ROCK and down the stream
Attached 2 pics. as you can see…ROON is named the format…WAW 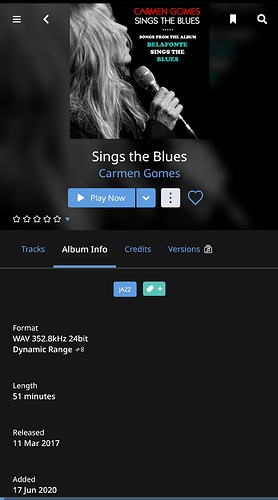 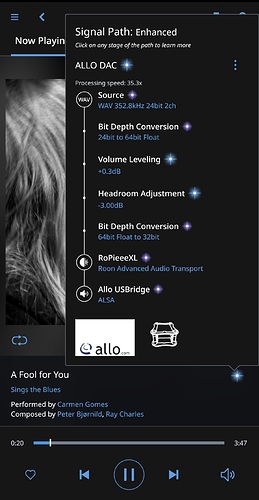 I also have Carmen Gomes album, and it plays well. The track 11 of the album mentioned is a 27 minute file with more than 4,5gb in 32bit dxd, in roon log says is not compatible. Maybe roon can’t handle files bigger than 4gb. 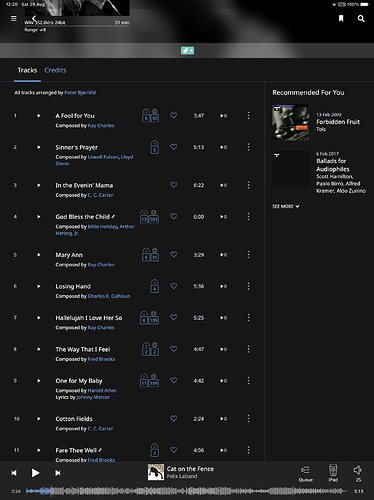 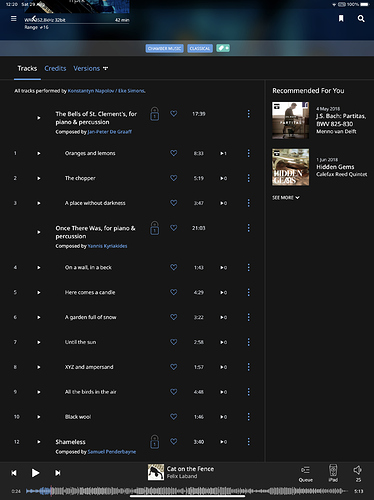 Has there been a resolution to playing 352.8kHz/32-bit DXD files from TRPTK in Roon? As Ricardo posted, Audirvana 3.5 has no issue playing these 32-bit DXD AIFF files.

After the disappointing Audirvana Studio rollout, I’ve signed up for Roon… only to discover that some of my 32/352 AIFF files don’t appear to have been imported into Roon’s database.

I successfully imported the recent Joachim Eijlander albums in 32-bit DXD, but cannot get albums from Merel Vercammen or QOPE to import.

BTW. My Roon storage is monitoring a network share (Synology). I’ve got 1 share with PCM and another with DSD. I added an additional “watched folder” for the Merel Vercammen album, but no tracks were imported. 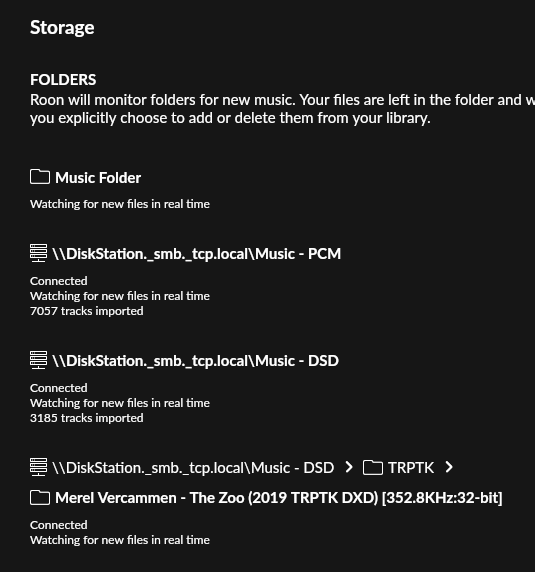 It appears that only 44 of my tracks are imported into Roon; that’s 13 tracks each (of the Aeron Trio album in AIFF and FLAC) and 18 tracks from the Joachim Eiljander album. Missing are both Merel Vercammen albums and the album by QOPE. 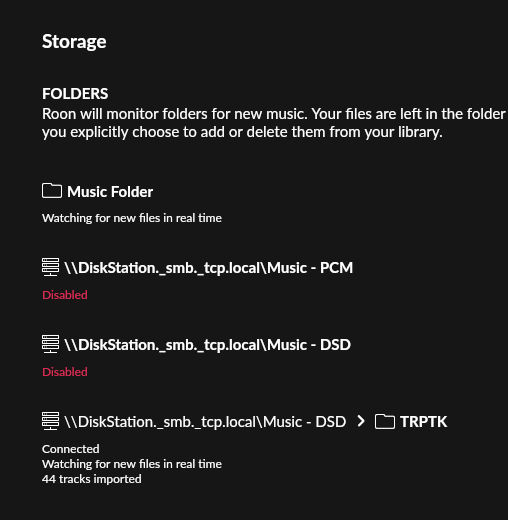 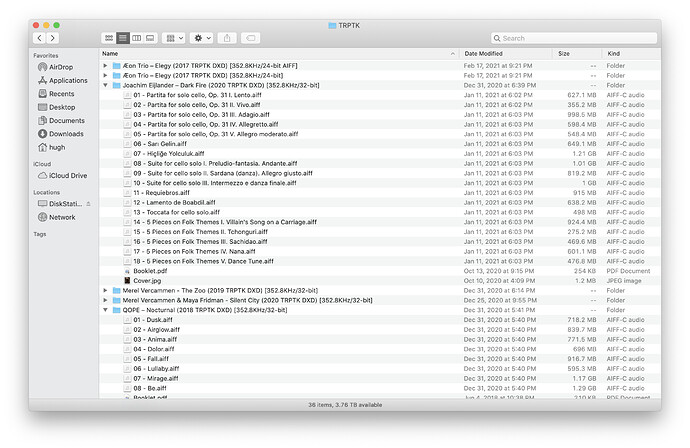 I’ll see if converting the AIFF to FLAC helps.

The strange thing is the Eijlander album is on the same NAS volume and is also AIFF 32-bit DXD). It is a newer album release, which might account for some difference.

Thanks for the advice. I’ve also thought about digging into the Roon log files for more info.

The Eijlander tracks appear different from the other ones (when I view track info in VLC player).

A track from Merel’s The Zoo looks to be floating point.

The track from the QOPE album is also floating point.

…and the track from Silent City as well.

So that likely pinpoints the root cause of the problem. I’ll try converting the tracks tomorrow (using XLD) to FLAC. I imagine I can also do some kind of float/integer conversion as well.

Thanks so much for your suspicion. It looks to be the reason for my issue.

Download XiVero Audio Tools for free. English Description: If you have been a customer of the former XiVero GmbH and if you own corresponding software then you are entitled to download the provided applications. It is not allowed to offer the...

However, XiSRC has a 2GB max filesize, so I had to convert 1 track using XLD.

I originally purchased the TRPTK tracks in DXD (32/352) PCM format, thinking that it was best to get the same resolution the files were recorded in. However, I’m rethinking that it might be best (given Roon can perform DSD-to-PCM conversion for playback on my Bluesound speaker) to purchase the DSD128 files (or even purchase the TRPK SACD, when available).

Do others have any preferences on what resolution/format to purchase downloads that were originally recorded in DXD?