How can I force Roon to change same songs from one service to other?

If you’re asking about moving your library from one streaming service to another, you can do this with Soundiiz. 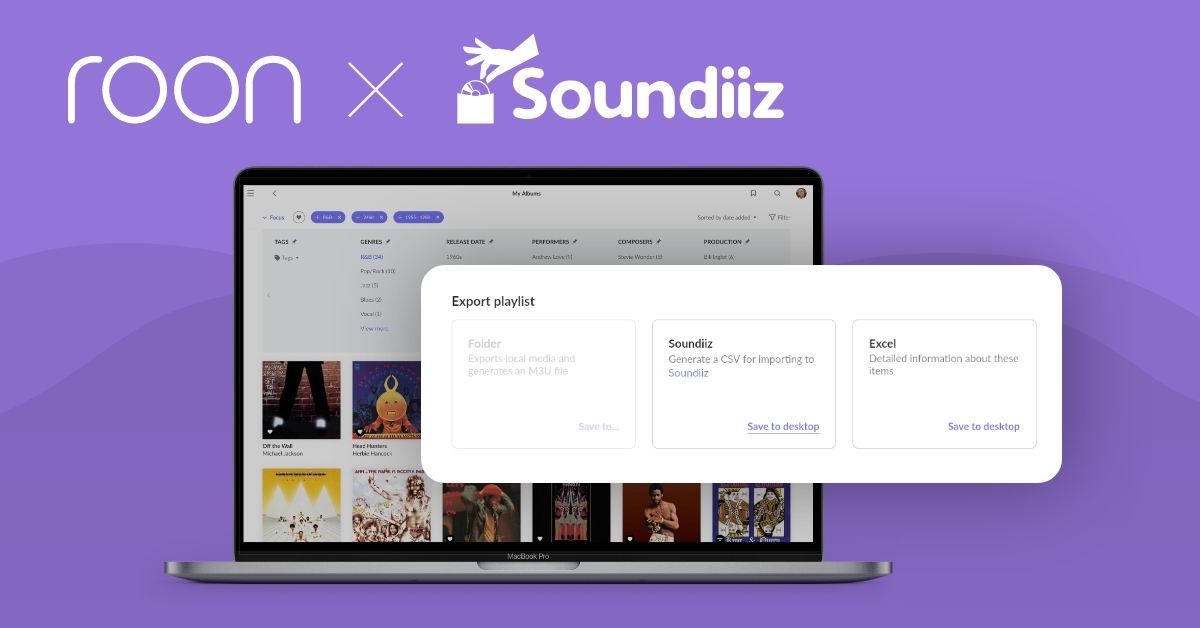 My name is Thomas and I’m the co-founder of Soundiiz, a French startup created in 2013 with my friend and co-founder Benoit. You may be asking yourself, “what is Soundiiz?”. It’s a handy tool to manage your music streaming services in one place,...

And you want to export that Roon playlist to another streaming service right?

Found a service called TunemyMusic that handled transfer from exported civ file to Qobuz
Disapointing lack of this functionality - Roon I thought was about handling different sources seamlessly - but seems it lack fluid move between the sources. So if someone creates a playlist under Roon using service A and then changes to B it doesn’t give a way to automatically update songs from playlist to play fro mother playlist or perhaps i’m not seeing it how? Also no way to import playlist from exported xlsx or csv file. Shouldn’t be forced to use third party to move playlists - in the end its been exported to Qobuz which was not the aim . I would understand if the playlist was created under the streaming service but nor when it was Roon native.

It’s not quite that easy for that to happen thats why there are 3rd parties to this as it’s all they do, but even they cannot guarantee 100% matching of albums/tracks in one source to another due to metadata equivalence issues, different release versions in one and not the other. Adding such a feature for Roon would not be a small undertaking and likely why they suggest to use Soundiiz and gave tools to export to a format thats easier for Soundiiz to import. Maybe they will try and partner up at some point to include their code.

I had Tune My Music but switched to Soundiiz just because it seems to work better for me. I also had difficulties signing on Tune My Music at times.

I don’t have any local music files but have both Tidal and Qobuz streaming services. For the most part, but not all, I have the same albums linked from Tidal and Qobuz to my Roon library. I don’t fool with individual tracks, just full albums.

I have imported a few playlist from Tidal, Qobuz, or Apple Music using a similiar procedure. When I do, I always save a local copy in Roon so I don’t lose it if I cancel one of those services. For the Apple Music playlists, I use Soundiiz to send them to Tidal and Qobuz and import to Roon from there. 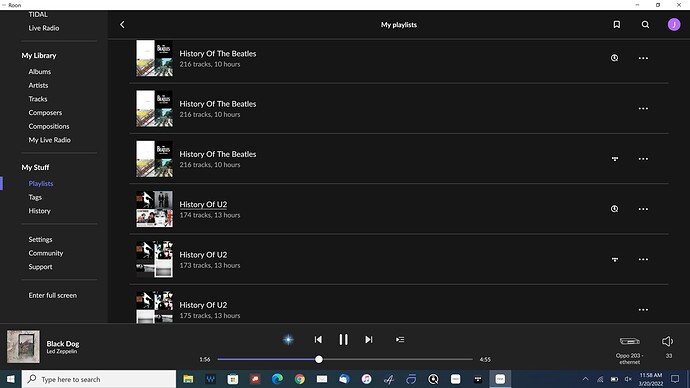