e.g., Laura Marling’s I Speak Because I can. This album has two versions on Qobuz.

Both versions are shown as corrupted in Roon. I have manually sync via Settings/Services/Qobuz. I’ve removed the album from the Roon library and re-add them. They are still shown as unavailable. This is just one of the many albums with unavailable tracks.

Below are the screenshots of both versions shown in Roon. 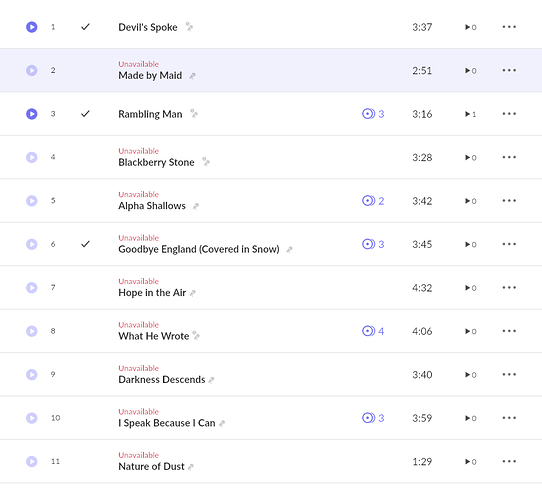 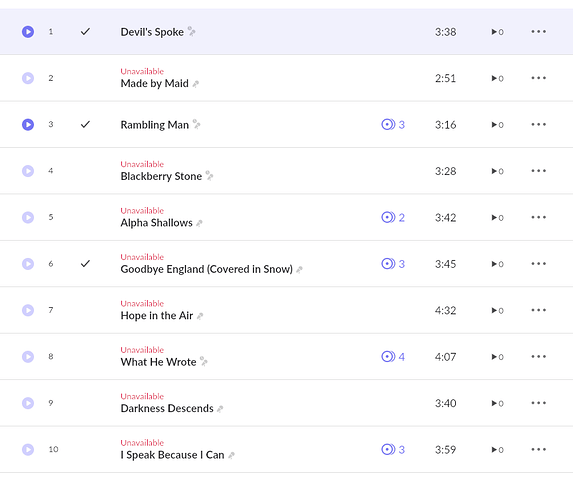 Hi. FWIW - different from what you saw (still see?) but for me the 10 track version is fully playable, and the 11 track version is also different in that (in addition to tracks 1 and 3) track 6 also show as playable - and plays in Roon. It is consistent with the Qobuz app, which indicates the other tracks as samples on the 11 track release. Qobuz USA.

Well, after weeks or what felt like months of problem, it’s now sync up this morning. Note that I had performed manual sync many times before. Amazing that it takes a single post here to magically fix it.

If I see problem again, I’ll post it here.

Amazing that it takes a single post here to magically fix it.

Seriously impressed by my own problem solving skills

Glad your problem is gone.