I need to check this further, but I found room radio would randomly stop on a Chromecast audio device, but found playing a album it was fine.
Might be a glitch (but I did restart server and Chromecast).
Has anyone had similar issues?

A post was split to a new topic: Roon Radio skipped tracks

A post was merged into an existing topic: Chromecasts gone missing?

Does this issue occur on any other zones or just the chromecast?

Thanks @noris
Let me do some testing today on this for the other zones. I have a dedicated PC as my server, a Synology NAS for my audio files, and tidal setup. The network is connected to a HP switch which then goes to a Cisco Access point.
The end point is a Chromecast audio.

I just tried using room radio and immediately I had the problem, in that the cover art, the notification that music will play soon. It appears to show playing but does not. Press the pause and play, and the music immediately starts. The second song has just stalled in the same way. 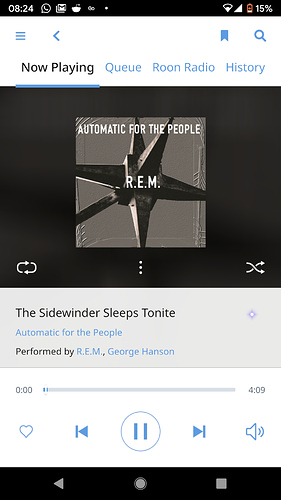 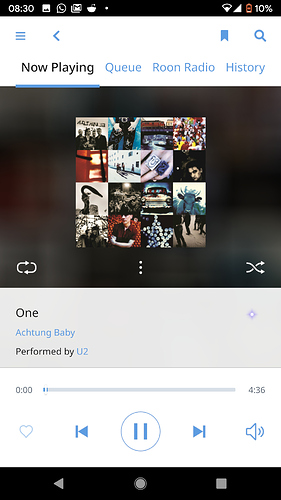 Just tried to play a album and the same behaviour occurred, will see if this reproduces the same issue in this zone.

Will try my other airport end point and see if get the same.

So just played a album (from my local store) played fine, went to roon radio played a few tracks fine, and then stalled to the same problem of pausing and unpausing to continue playing.
Here is the screenshot at this time 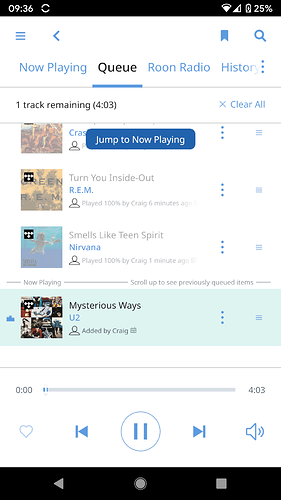 Ok so on my dragonfly red which is connected to the core. Roon radio has been playing with no problem, well so far, about 2 hours of play

Has this issue with the Chromecast recently appeared? Perhaps since the release of build 610 of Roon?

Sorry to break in but this is what’s happened to me. Something seems not right with CCA devices since the update. I’ve had to deactivate mine until there’s a fix.

Appears so, I haven’t seen it before

My other zone on airplay worked fine also

Thanks for confirming that your other zones are working as expected.

Can I please ask that you use these instructions and send me a copy of your Roon logs?

Looks like the issue occurred on August 25 at 9:36, I can check to see if there are further clues in your logs once I have them, thanks!

Thanks just messaged a link to the logs

A post was split to a new topic: Roon Radio Stoppages