It’s been a busy couple of months for us, as we sprint to the finish of a very exciting year. We’re working on a few more surprises for 2015 but for now, we wanted to update everyone on progress we’ve made on RoonSpeakers and our RoonReady streaming protocol, RAAT (Roon Advanced Audio Transport).

After months of hard work, we have now delivered the RoonReady SDK to our first round of hardware partners, and we can barely contain ourselves at the news that some of them already have Roon streaming to hardware in-house.

While we’re not yet able to name the first round of manufacturers, there have been a number of hints dropped around this site, and we’re looking forward to making more developments public over the coming weeks and months.

For anyone who hasn’t been following quite as closely, the RoonReady program enables hardware manufacturers to receive high-resolution bit-perfect audio streams from Roon, and to tightly integrate their volume controls, transport buttons, and front-panel displays.

We’re incredibly excited about the wide range of manufacturers we’ve already been working with. The SDK we’ve released to our hardware partners allows them to integrate Roon code into their devices, ensuring you can plug in the device, fire up Roon, and just hit play.

Look for lots of RoonReady products to be announced soon, and if you already own any network-enabled audio hardware, talk to the manufacturer so they can confirm they’re part of the program. A number of manufacturers are planning to make their firmware updatable devices RoonReady as soon as possible.

Now that our manufacturing partners are up and running, we are turning our attention towards packaging up the RoonSpeakers app (RAAT in a software-only solution) for a number of platforms, allowing for a range of devices, PCs, and Macs to become full-fledged, remote-controllable Roon endpoints as well.

This is a huge milestone for us, and achieving it has meant a slightly lighter release schedule for Roon over the last few months – we are so appreciative of this community’s patience and support, and we want everyone to know the wait will absolutely be worth it. We’re looking forward to a huge 2016, but having said that, expect a few more surprises before the sun sets on 2015

This is great news, congrats! Your move now, Auralic

Great news. It is amazing what you guys have been able to do over the last few months.

I see on the about page that we now have some wiki editors I assume this means that a wiki based manual is coming soon?

Woo hoo! Congrats guys! This is a milestone moment.

About a month to go before Christmas. So, what are we going to get for Christmas from Roon?

I want Roon to fix the quick artist selection menu for chinese characters in iPad for my Christmas. 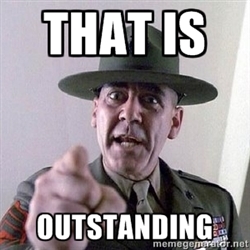 Fantastic!. Would love to see Naim and Devialet integration. Do you think we will see Roon speakers for the major platforms (Windows,OSX,Linux,RaspberryPi) before the end of the year ?

We are keeping our fingers crossed !
You have made a fantastic contribution to the music industry and with all honesty deserve all the possible accolades !

Can you give us any hints about RoonSpeakers? I’m back to using J River / DLNA while we wait…

Fantastic!. Would love to see Naim and Devialet integration…

Probably best to get onto the manufacturers ASAP, and add pressure their end.

Devialet have confirmed they do not have it on their roadmap due to very little interest. yet everyone I know, especially those with Air issues, want it

Not frequented the Naim forum for a while but they’re generally a bit slow on the software side, so I’m sure it would help Roon to send a few requests.

I vote for some high quality in-walls.

Also, as much as I would like to see RoonSpeakers- I´m desperately missing changes to the Roon Radio functionality (it will stick to playing songs from a small subset of your entire artists/collection) - which has been discussed on the forums quite a lot. Would be nice to see this configurable and improved.

All sounds great, but I’m looking forward to the team having some time to improve aspects of the software now that these marketing developments are nearing fruition!

Yeah. Can’t wait to see a manufacturer’s list. Got some items on my wish list, and being a Roon endpoint is mandatory for some.

Seems like the list of current “hardware partners” at the bottom of this page is it for now.