Roon is reporting incorrect metadata. Qobuz became available in Australia in the last day or so. Other people are experiencing the same issue Qobuz in Australia - #61 by bensearle54 . Roon reports pretty much all Qobuz tracks as FLAC 44.1kHz 16bit.

When you play the file the signal path bit rate is different. Please see screenshot below: 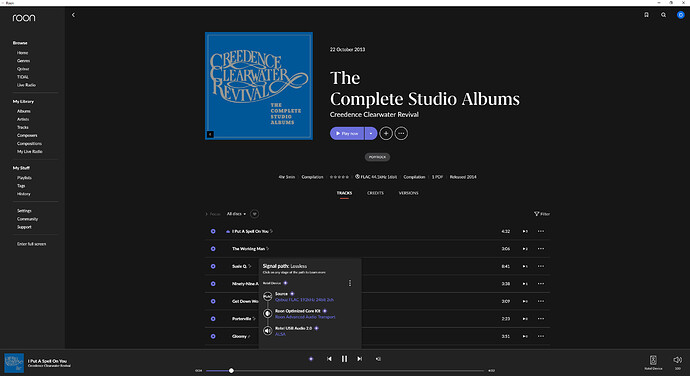 Roon reports what Qobuz tells us… That said, as I understand it, Qobuz still hasn’t officially launched in Australia yet. Given that the last daily “incremental” update we received from Qobuz was >20% of their entire album and >28% of their entire track catalog, I would say that they are still in the process of rolling this out / fixing this. Please be patient; this will get resolved soon.

1 Like
Roon does not show Qobuz high-res (Denmark)
Qobuz in Australia
Qobuz qualities not showing correctly in Versions view
Darren_Monro (dazz1975) April 14, 2021, 10:07am #6

Thanks for the information Joel. I appreciate the info. Have a great day.

How many holes does Qobuz fill that Tidal leaves us?

Not for me, but just to make sure we are talking about same thing see screenshots

Ah I see. Indeed the same here. At least it plays in 192/24 now which was not the case before today.

The same here (Sweden). Why not show the black and yellow high-res logo like native Qobuz do?

But at least the resolution it plays in must be clearly and correctly shown by the album.

Some of the content is now showing the correct resolution for example CCR The Complete Studio Albums. Looks like the incremental update is slowly populating the data.

Yes, the example I gave above with Norah Jones is also fixed, nice quick fixes!