I have a decent-sized library, Tidal HiFi configured in Roon, and have many albums which exist in both libraries. I’ve been noticing that when I search Roon for albums, the results where there the same albums exist in both my local library and Tidal tend to favor Tidal albums (for lack of a better way to describe it). In the below example, I searched for Faith, and the first three albums returned all exist in both my library and in Tidal, are labeled as such below the albums, but when I click on the albums the first two take me to their Tidal versions rather than my local one, but the third does take me to my local version. In almost all cases if I have a local album it’s one that I’ve ripped and would rather listen to my version.

And to get weirder (buggier?), when I click Roon is telling me that I’m looking at the library version and it’s the primary but it’s displaying all the Tidal info: badge below the album in the main view, Tidal badge beside the album that’s labeled as local even though the local album is actually ALAC, not FLAC. Very odd.

Is this a known issue? Does it bother anyone but me?

Is there a setting I’m missing on “default to library” when searching? 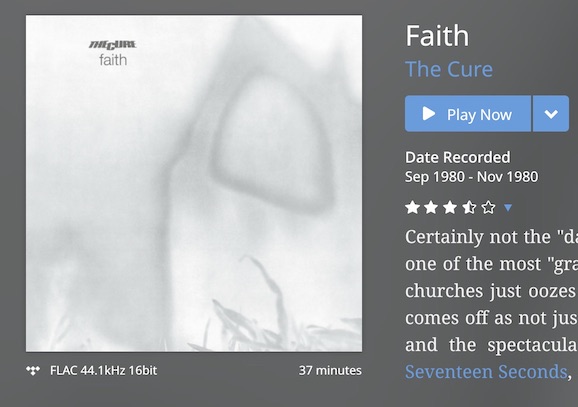 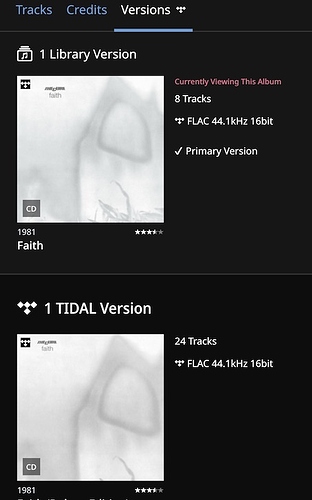