Roon Server on a synology NAS running without problems?

My Asustor NAS AS5304 did crash (only 3 years old). I am searching for an alternative.
So I read in this forum and learned about many problems, that I never had in the last three years.
Therefore my question to the members here:
Has anyone the Roon Server on a synology NAS (for example DS920+) running without problems?

Sure, lots of us are using Synology NAS as core machines. I’ve had no problems that I’d attribute to the NAS.

Bill, thanks for your reply.
Please allow me to ask some further questions:
Did you install the package from christopher rieke (roononnas.org)?
Do you use the newest DSM 7.x?
I’ve read about a problem with monitoring the “music” directories. Is your system affected?
Thanks in advance for your help
Other members are also invited to answer my newbie-questions

Yes, the package from @crieke.

There is no problem monitoring the music directories if they are on the NAS, too. It’s when the Core isn’t running on the NAS that there are issues. But to be honest, I haven’t added much in the last couple of years – mainly I stream if I don’t already have it.

This gives me hope to run my system as flawless as it ran on my asustor but with more hardware quality from synology.

Running here, no issues. Love it. Plus, you can use DS Audio to access your music and playlists when you are not at home. It is a dream.

DS Audio could be another benefit. I never got the corresponding app from Asustor to run.
Thanks for the hint.

I’ve read about a problem with monitoring the “music” directories.

So you already know about this potential issue. You can always use the manual re-scan option in Roon that is unaffected by this disability of Synology’s DSM OS should the known workarounds not work for you for some reason.

So why do you even ask? Why create this thread? There are known (potential) issues (and unknown future ones that may emerge after any update installed) with QNAP, Synology, Linux, MacOS and Windows. The number of users with issues seems to be rather small though. For some of the issues exist workarounds, some are under active investigation. While some of the issues reported here are with Roon, most of of them, like the one you mentioned for example, are with users platforms and the help that can be given to resolve them is limited, most work has to be done by the affected users themself.
Using Roon’s own Nucleus(+) hard- and software bundle should be the most stable Roon platform, followed by installations of ROCK on NUC supported NUC hardware. Everything else expects that users have the knowledge to operate and maintain the platform they intend to use Roon on. While (some) NAS platforms are supported, they are IMO the least preferable platforms to run Roon on because they (at least the “cheap” ones) weren’t designed and built as server platforms but as storage platforms instead. Users have to invest time to build-up knowledge about their NAS OS and deal with manufacturer support of their NAS if things don’t work as expected. Whereas the user base of Windows, MacOS and even generic Linux seems to be much broader, making it easier to find help.
So do a self-assessment of your skills and knowledge and choose the platform that best fits you.

@Blackjack:
I’ll try to explain why I created this thread:

I’ve been using Roon for about 3 years. The server ran on an Asustor NAS (4 core Celeron processor 4GB RAM). I had no problems until the hardware crash of my NAS.
I use the dsp function for room correction. My 3 endpoints are not playing at the same time. The NAS runs 24/7 and I don’t have to start a computer just to listen to my music.
That said, I am convinced of Roon on NAS.

Replacing the asustor nas with the same model is out of the question (dead after 3 years).

I searched for qnap or synology models that meet the hardware requirements and found the Synology DS920+. It has a faster processor than my old NAS, the other things are similar.
And I read many threads in this QNAP/SYNOLOGY forum. This made me a bit unsure because I read about some problems that could not be solved for a long time.

I was looking for confirmation or reassurance.

Not to mention I love the Roon software. It’s the best I’ve come across and I’ve tried the Squeeze/Logitech software and Bluesound each for several years.

There is no help if I tell you that I run a Roon Core on a QNAP NAS without issues or other users tell you that they run their Core on a Synology NAS without issues, if you run into issues trying to run your Core on your NAS of choice. As you’re already familiar with NAS devices, your learning curve while changing the brand might not be that high. If you don’t plan to connect audio devices by USB to your NAS and feel comfortable with the other current restrictions of DSM (no way to add network shares in Roon, you may have to manually rescan your library after changes) then the DS920+ may work out for you, but there’s no guarantee of any sort included in that statement. If you have good reasons to buy a NAS (besides Roon), then go on - you can still use it even if it should become an unusable platform for running Roon on for you. Else think about if other options might not better sweet your needs.

I already had a simple NAS running for data backup before ROON. In addition, the notebook and PC wanted to be able to access the same data.
Roon is the reason for a “fast” NAS. But not the only reason to run a NAS at all.
The Synology ds920+ is a 4-bay NAS. There is also a QNAP product (TS-453d) that is absolutely comparable in terms of hardware data and price.
Of course, the RoonServer is on an SSD. The music data is on spinning discs.
But as you pointed out, I’ll have to try it.
The need of a manual rescan after adding new music won’t stop me from continuing with NAS for roon.

The manual rescan is so fast as to be a nonissue unless you are adding music every 5 minutes all day long.

FYI you will get a small performance increase if you employ an external eSATA drive for your Roon Database. Very inexpensive.

I use this combo: 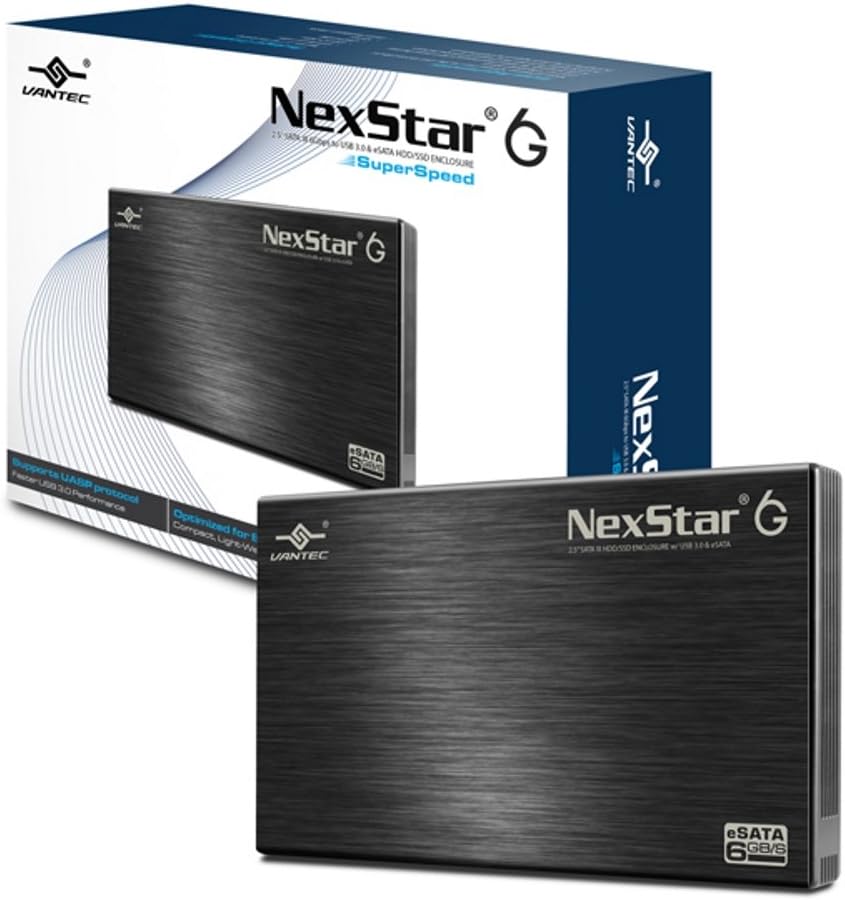 Introducing the NexStar 6G Series with USB 3.0 and eSATA for 2.5” SSD/HDD - a sleek 2.5" SATA to USB 3.0 External SSD/HDD Enclosure designed to be compact and very fast in performance. Couple with a fast SSD/HDD, this enclosure uses USB 3.0 UASP... 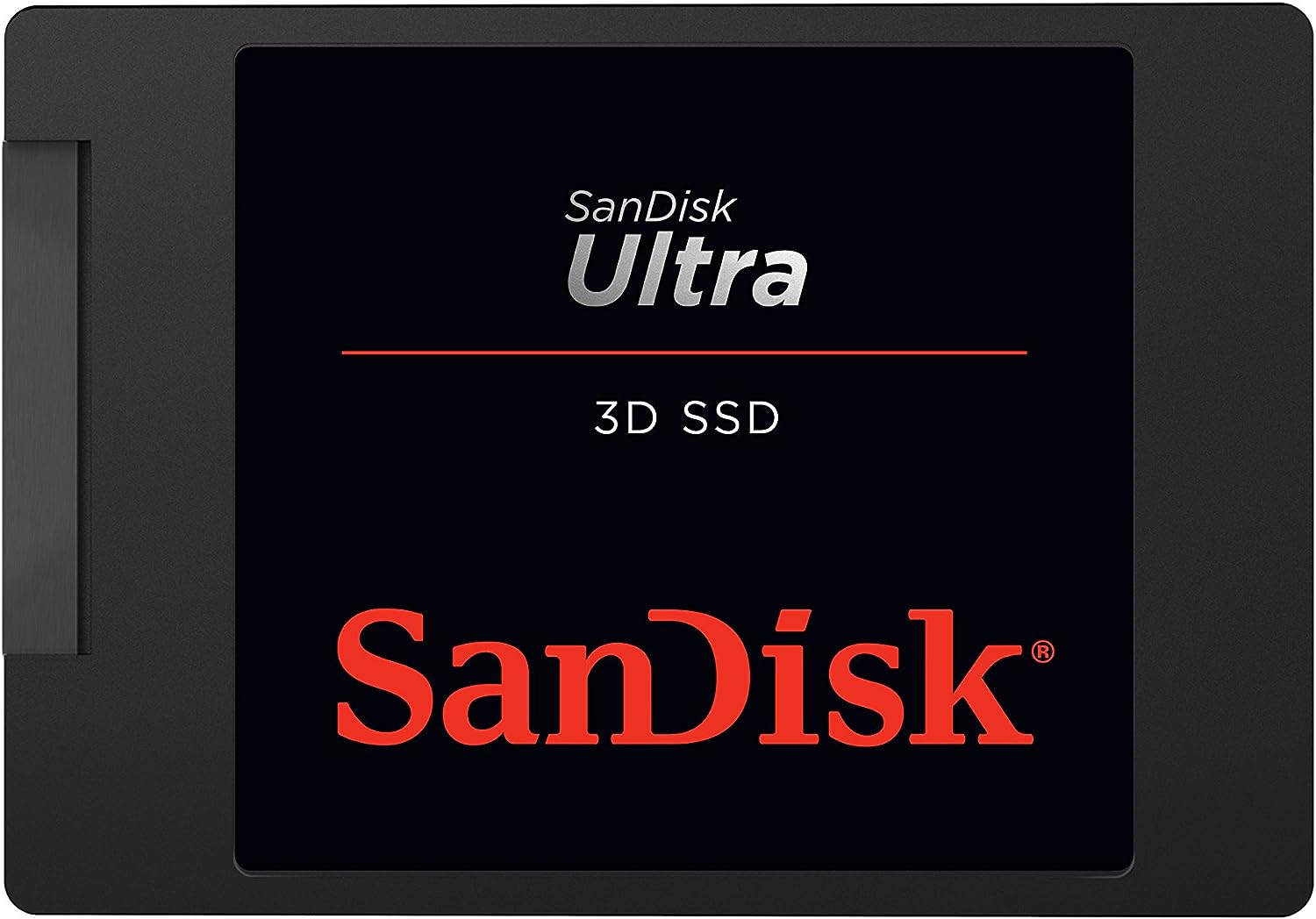 I heard on the street that you can run Xpenology on your spare gen 4 or higher CPU to have, non-limited by market solutions, performance…Some are saying that you can put in desktop case like 2 x HDD Iron Wolf Pro 18tb and SSD for apps and run Roon like a crazy. But with some salt, like no Quickconnect etc (no oficial account for naughty folks). It is fun to check it on virtual machine. But it is for people who wanna try different things. Always you can put your disks later in proper device.