Roon Server resides in QNAP TVS-882, where JCAT Lan Card is installed, connecting to exD Multichannel Lan/USB DDC, in the signal path it is labelled as exD M-ch Network audio. I don’t connect exD MCH DDC to my main router which links to Internet, because it contains a lot of electronic noise and data traffic thus degraded the sound quality and signal transmission.

Instead, I set Virtual switch on JCAT Lan Card and exD DDC is DIRECTLY connected to JCAT Lan Card, which is powered by Linear Power supply from HDPLEX. A direct connecting between Roon Endpoint and Roon Server on Qnap NAS has been proved to be a better method than connection with numerous device to the same router where the music signal gets polluted easily.

Lan cable is Cat6 from Sanwa, now it works fine but I think according to audiophiles’ demand, some other lan cables might be expected in my system later.

MCH DSD music (natively or PCM upsampled by Roon) is played by DAC6e SE just perfect. You won’t have to complain about the sound quality from AVR is lower than your dedicated DAC anymore. DSD played on emm labs is always top-notch one.

For difference between stereo system and multichannel system, I’d simply say you are more relaxed when listening to MCH playback because the detail and signal are just more complete and fuller that you won’t exhaust your brain power to imagine what instrument is located at what spot. MCH cast a whole picture and atmosphere that would embrace you and you not only listen to the music, you also feel it and the emotion of the performer the spirit of the composer/writer. 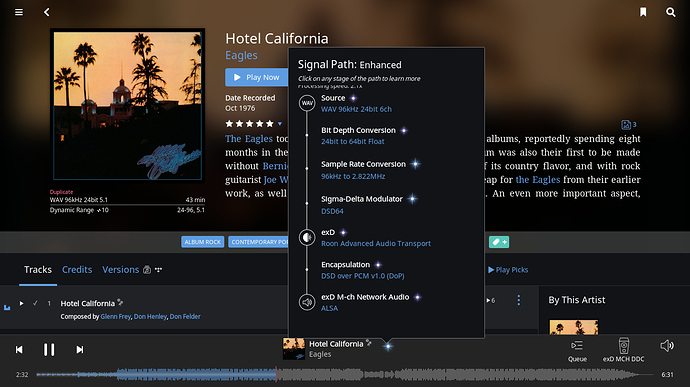 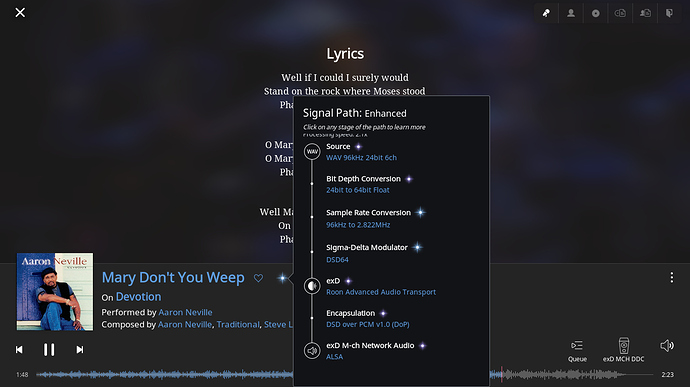 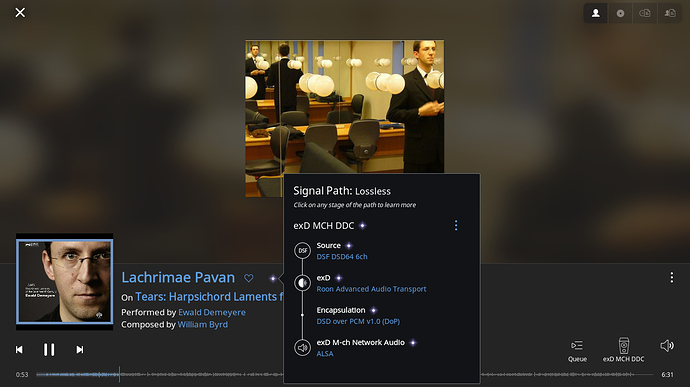