I’ve been running ROCK on my intel 7i7BNH for over a year. But I always felt it was being under utilized.
So I thought I will install Ubuntu and looked into patches for getting native dsd. But for lack of documentation I decided I will just go with DoP.

I installed Ubuntu 19.04. And to my surprise I have glitch free native dsd playback to my Bryston BDA3.

Maybe it works with other dacs?

Hi Alfredo. Ubuntu Server 18 LTS is not. My prior post says it all.

Thanks Alfredo. I can give that a shot. Obviously I have no proficiency with Linux. Can you confirm Server 18 has an older Kernel than Desktop 18?

Yes. 18.04 server does not have kernel 5.xx. Desktop ships with it out of the box. Historically it’s been the case that Ubuntu ships a more “stable” (in the sense of limited new changes going forward) branch of the linux kernel in its server offering and a more recent kernel (for compatibility) in desktop. Those that have newer devices of need newer features use the HWE (hardware enablement) packages in the server distro.

So installing the packages I mentioned and rebooting (you may need to select the new kernel during the bootloader screen afterwards but usually it’s already the first choice in the list) should do the trick!

The nice thing about linux is that it’s all super flexible so if you eg; need a brand new kernel to get some feature it’s not too hard to do.

YES
Thanks for the update!
Native DSD on Ubuntu 19

(there is only DoP on Ubuntu 18).
Here is what i tested with my friend’s SMSL M500
ROON Server installed on Pi with Ubuntu 19 and the dac just connect to the Pi. 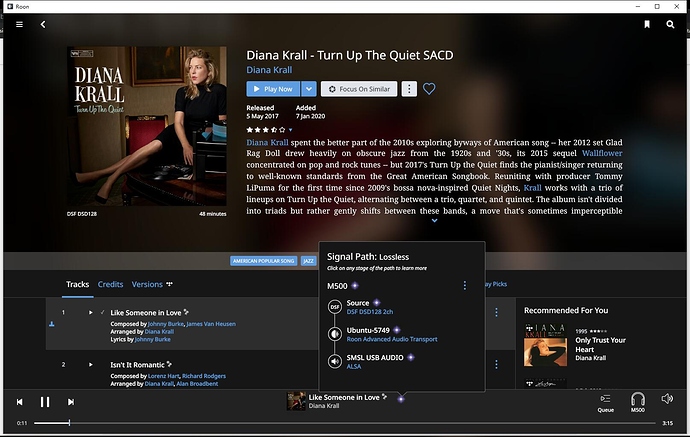 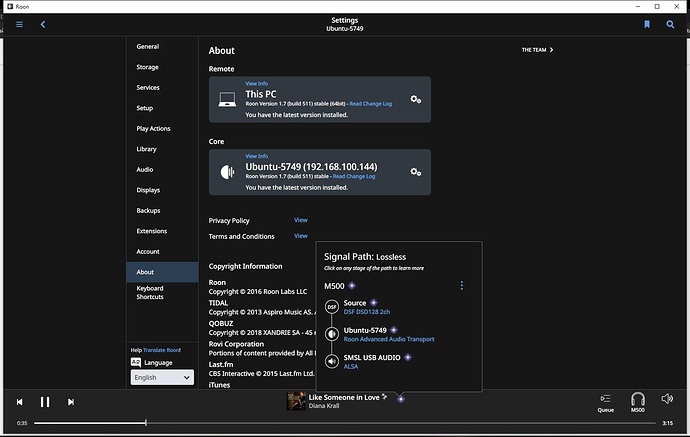