how does one get this fixed?

Do you mean this release? 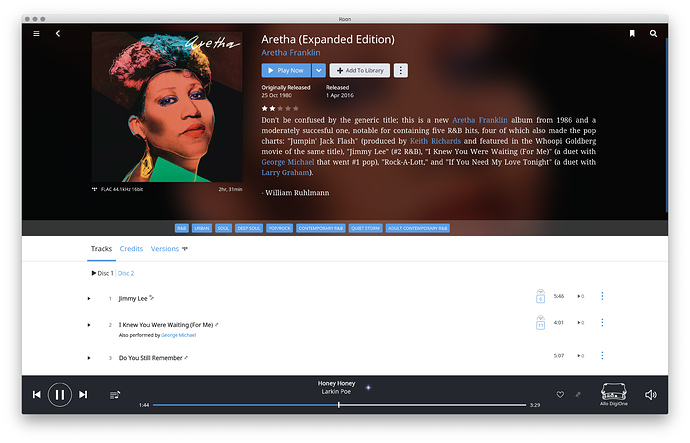 I think the release date is incorrect, that’s all. It’s certainly not the 1980 release of the same title:

Aretha is the twenty-sixth studio album by American singer Aretha Franklin. It was released on September 30, 1980 by Arista Records. This was the second album with this title to be released by the artist, and her first ever for Arista after a 12-year tenure with Atlantic Records Franklin's first Arista single release, "United Together", reached number 3 on the Soul chart and crossed over to number 56 on Billboard's Hot 100. The album itself peaked at number 47 and spent 30 weeks on the Billboa

Aretha is the thirty-first studio album by American singer Aretha Franklin, originally released in 1986, on Arista Records. It is the third album with the Aretha title to be released by Franklin, following her 1961 album and 1980 album. As with Franklin's previous album, Who's Zoomin' Who?, Aretha was produced mainly by Narada Michael Walden and includes her duet with George Michael, "I Knew You Were Waiting (For Me)", which became Franklin's first #1 Pop single since "Respect" in 1967, and woul...

Look at the 1980 release with the cover matching the above Wikipedia entry. What tracks do you see?

Okay, I understand. Yes, I agree, that it is the original 1986 release and review not the 1980 release of the same name… 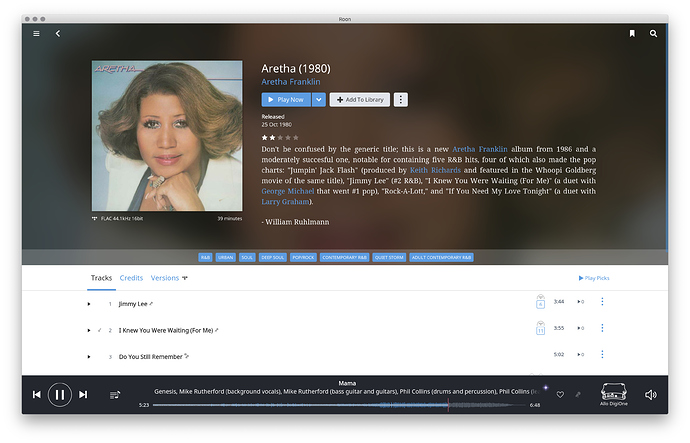 I’ll ask the mods to move this to #support:metadata-issues.

Look at the review text. It says “Don’t be confused” and says this is the 1986 album yet you are confused and are complaining.

Thanks for the report! We are going to take a look into this.

Thanks Dylan!
Here’s the tidal link to the correct Aretha 1980 with the correct associated songs. 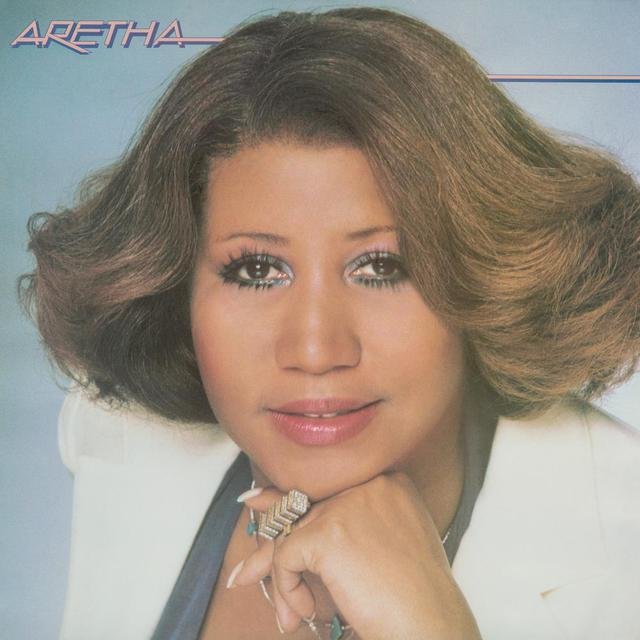 Thanks again to Dylan for looking into this.

We’ve identified and corrected the issue on our end. Please give this change about a week to reflect in your library. Once you’ve confirmed things look good please mark this post as the solution.