I jumped into Roon after buying my HDP-5. I paired it with a NUC8i7 running Roon Rock. Placed an Ethernet switch close to the NUC and DEQX to minimise (CAT8.1) cabling length between switch and both HDP-5 and NUC.

On very irregular moments the music just stops and the error message appears on the screen of the controller (iPad mini of the latest generation).

@support:
Is this problem known, is it a hardware issue or does it need a bugfix?

Thank you for the answer. As far as I’m aware it’s an unmanaged switch. In any case, I just plugged and played it. Just one of these bog standard switches. I’ll try different cabling. Hopefully that will do the trick.

What kind of switch and router is in use?

Do you experience these playback stops with other endpoints, like System Output of a remote device?

Thank you for your suggestions. Especially the suggestion to experiment with another endpoint proved valuable. The router is a FritzBox 7360 V2, with the latest update.

Although being a router that only supports 802.11n wifi I have my entire system hard wired with Ethernet Cat 5. I suppose that an “obsolete” wifi standard is irrelevant in my case. I use the two 100Mbit ports on the router for my NUC and DEQX respectively.

I have rebooted everything (my provider suggested rebooting the modem as well, as that can get clogged up) to no avail. I have been streaming to my iPad serving as an endpoint (which I also use as Roon controller) and that endpoint seems rock solid. Played an entire day without loosing control. In parallel the DEQX lost control within an hour.

Therefore it seems logical that the DEQX is the culprit. I’ve seen a suggestion about increasing resync delay to allow for changeover of format conversion. However, in my case the playback stops at any given moment, during a track. so this changeover issue does not seem to apply. I’ll pop an email to DEQX for some feedback.

If there’s anything I might have overlooked please let me know.

Hi Dylan, just made these screenshots: 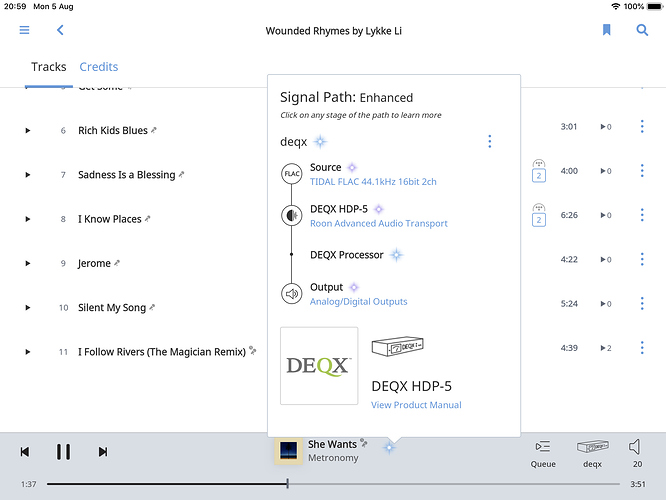 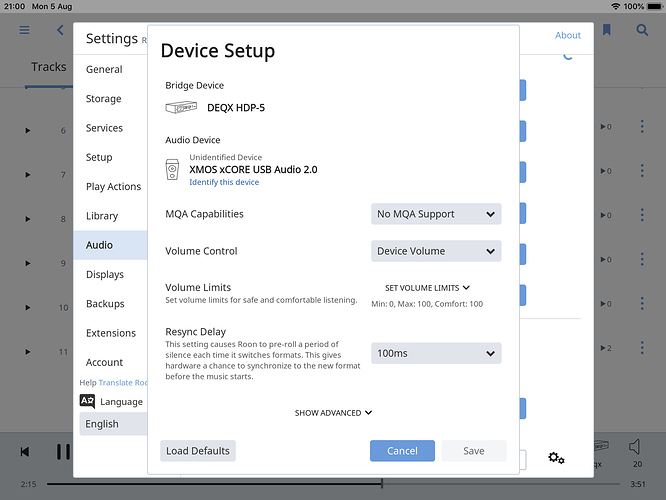 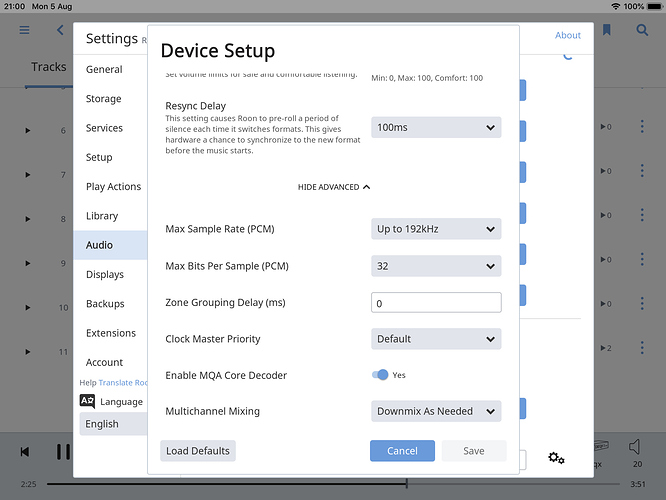 Moving forward, the next time this error message occurs, please make a note of the time it occurs and the track that was being played. Respond here with that information and we will enable diagnostics on your account and take a closer look.

Played some music this evening.
It took a while. During playback some pops occurred: 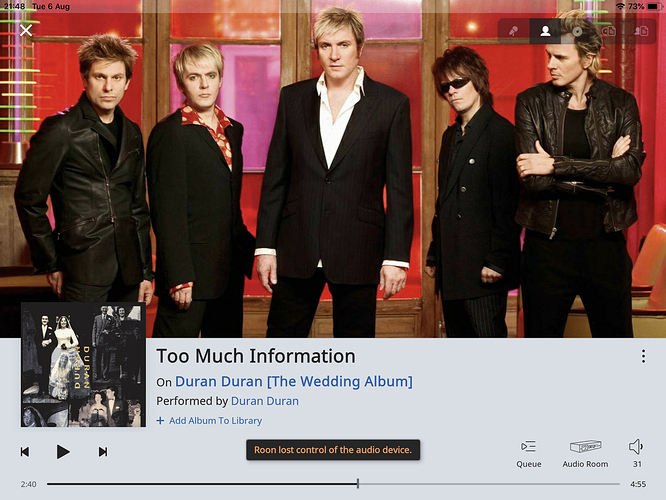 After restarting the next track was Dido - Still on my mind (Tidal, Flac MQA 44.1kHz, 24bits). Lots of pops during playback. 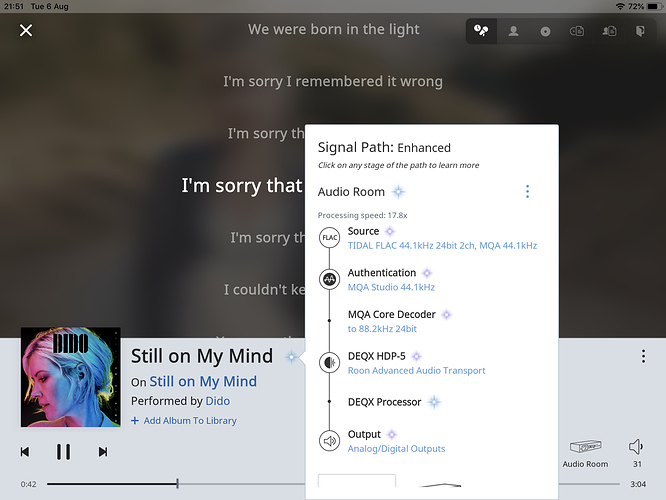 After resetting the deqx everything plays normally.

Hopefully this gives some useful leads.

My time zone is Amsterdam (CET).

Thank you for your patience while we investigate this issue.

We believe that the DEQX device is the culprit here, your Roon installation appears to be operating normally.

Could you provide some more information on your DEQX DSP setup? Have you reached out the DEQX about this issue?

Thank you for your feedback, and thank you for reassuring that my Roon installation is not the issue.

I did reach out to DEQX indeed. It appears to be a networking issue. Alan from DEQX wrote:

"The random pop sounds are related only to the Roon stream and this seems to be network related with only some networks. To resolve the issue resetting the display / Roon CPU from the setting page on the display removes the ticks for a period of time before another reset would be required. Resetting, this can be done by selecting the setting page on the front panel display and selecting reset and then the OK button.

We also have some changes for the display / Roon CPU that improves the network performance by disabling some network services that are not required and lowers the network traffic to improve performance.

Depending on your network skills you can login using SSH and using the following scripts to disable the services or we can arrange a time to remotely login and perform this change."

I tried to DIY it but couldn’t get connected to the DEQX using an SSH program called “putty”. I’ll have to request some more support to get that sorted. At the moment I’m a bit strapped for time.

Resetting the DEQX more or less mitigates the issue on the short term. It’s annoying to have to reset the DEQX regularly though.