Description Of Issue
I downloaded and installed the trial version on yesterday. After setting only my local hard disk music folder, without any other settings, Roon performed a scan to build a music library. However, after several minutes passed, a window OS warning window appeared and the program was terminated. 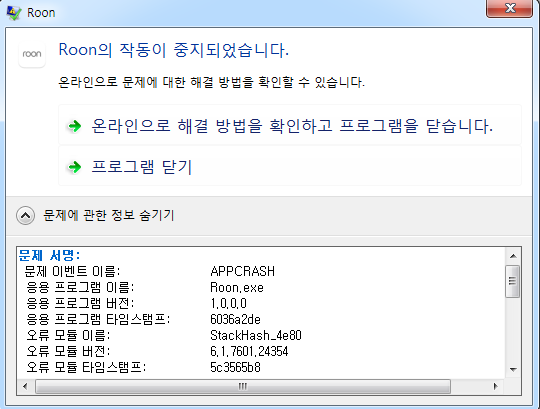 And then I found the root cause of this issue. It happens when the specific album folder was scanned by Roon. I think, it’s problematic meta data makes Roon program into crash. But I don’t know how to fix it. Is there any check point for solving this problem?

If you’ve found the specific album that triggers the crash would you please zip up that folder and share it with us in a Private Message using a Dropbox link (or any other file sharing service link)? We’ll take a look at the files and see what might be happening. Thanks!