I’ve ripped a few new CDs to my NAS, asked Roon to scan them, and on scanning the last one, Michel Camilo’s “What’s Up?”, the import widget does not stop spinning. Screenshot attached. 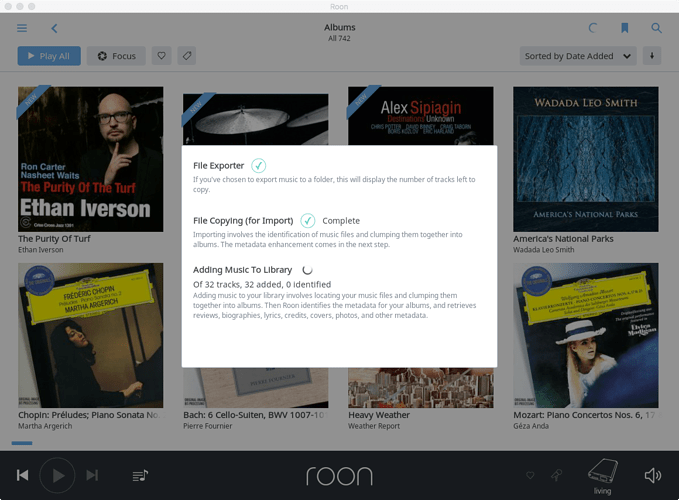 I think I discovered the problem. The album folder name and the title track filename ended with “?”. When I deleted that character from both filenames, import proceeded without a problem. Apparently, CIFS/SMB do not allow that. It would be nice if Roon had more robust error recovery in such situations.

I’m loving roon… have it on trial, but if I can manage to get all imported for sure I’ll be keeping it. fantastic product! however…
…I’m having the same problem. roon was stuck for a while (see screenshot) but I found and removed “?” from about 8 files and it seems to be going again.
I’m on macOS with an iMac (Retina 5K, 27-inch, Late 2015 with 32 GB 1867 MHz DDR3) running High Sierra 10.13.4 (17E202) which has my core.
it’s watching both my iTunes folder on my iMac but also my T251NAS downstairs behind my Linn hifi.
so… my question is are there any other illegal characters which may cause my roon to stall? I can easily search for them (as I did for the questionmarks) and delete them, but only if I know what to look for.
thanks,
Joe

FAQ: Some of my files aren’t showing up in Roon