As this is an ongoing issue that has never been resolved I am attempting to get resolution by reposting as a new topic. Roon takes 45 minutes to an hour to show the interface window, but playing music is hit or miss and can take 10-15 minutes, if ever, for an album to play.

It definitely shouldn’t take anywhere near that time to start and albums should start playing immediately. What OS are you using, what build of Roon, how large is your collection, what hardware are you running on? Are you sure you don’t have a failing drive? 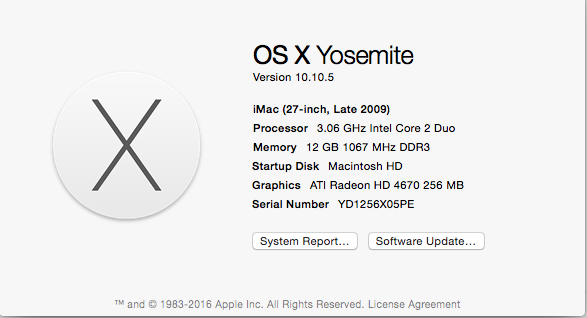 I’ve been instructed several months ago to back up Roon database and reinstall Roon which restored functionality for a short time, but quickly Roon began deteriorating to current state of unusability.

When you backed up and reinstalled Roon, did you reinstate the backed up database? If so, and you’re sure you don’t have a failing hard drive I’d quit Roon, move the database folders (Cache, Database, Logs, Settings, Temp) to a new location or delete them if you’re not hung up on the data and then relaunch Roon as a completely fresh install and point it to your USB drive and let it rescan and reanalyze your music overnight or whilst you’re at work. When that’s done quit Roon and relaunch it and see if things have improved. If they’ve improved, make a backup of the new database folders and only then add Tidal integration).

Please note, I’m just a user so I’m essentially telling you how I’d tackle the problem and attempt to eliminte/ diagnose where the problem lies. I had Roon do similar things after a dirty shutdown of Windows Server 2012R2 (I’d yanked the power) and had to have Roon recreate the database from scratch as I described above.

Something is definitely wrong. Let’s drop a flag for @mike to see if your logs revealed the issue.

As this is an ongoing issue that has never been resolved I am attempting to get resolution by reposting as a new topic. Roon takes 45 minutes to an hour to show the interface window, but playing music is hit or miss and can take 10-15 minutes, if ever, for an album to play.

Hi @SVinTO – is this your original database from mid-2015? Or the new one from November?

When we discussed this in November, you said your startup time had gone from 30 minutes to under a minute with a new database. If you’ve switched back to the original database, my recommendation would still be to start fresh – we almost never resort to that, but this case was unique in that there were some serious database corruption issues and no backups.

On the other hand, if the performance of the new database from November has also degraded to this point, that would point to a very different kind of problem. In that case, something about your setup is repeatedly impacting the performance of Roon’s database in a way that points to some kind of external factor, like a backup program corrupting the database, or some kind of hardware failure.

We can absolutely look into this further, but be aware that repeated corruption like this is only really possible when Roon can’t reliably read back what it’s written to the database, like if Roon the Roon database was being stored on a failing spinning disk hard drive.

Looking forward to resolving this once and for all @SVinTO. If this is the new database, I’d be very surprised if there wasn’t some sort of external factor, but let me know the details and we’ll figure this out.

This is the November reinstall that is now taking 45 minutes to load or play.

So it’s the external hard drive where the music is stored that’s failing? But lack of response also applies to music from Tidal.

So it’s the external hard drive where the music is stored that’s failing? But lack of response also applies to music from Tidal.

No, the biggest single factor in Roon’s performance is probably going to be where the database is stored, so this would be your iMac’s system drive. We strongly recommend using an SSD for this, as spinning disks tend to perform significantly worse here. That said, they would perform worse from the beginning, as opposed to performance degrading over time.

Any idea if the iMac is using an SSD or spinning disk for the system drive?

Not saying this is the solution but I had a very similar situation myself and nearly gave up on Roon. However, I did a bit of digging and found that my OSX memory usage was going berserk and, given the amount of Swap being used was undoubtedly thrashing. The culprit, however, didn’t seem to be the Roon process - it was merely a victim.

After some research and experimentation, I found that the problem was due to “Folder Actions” being enabled. If you’re using your Mac as a Roon server, you probably don’t need this.

Go to a finder window, Right Click something (anything at all) and select the Services sub-menu at the bottom. Then select “Folder Actions Setup …”. If this is enabled in the resultant window (it’s top left checkbox), this might be your problem. Unless you know you’re using Folder Action that you absolutely need, toggle this off. Reboot. Try Roon again. You might find Roon nirvana. It worked for me but ymmv.

Thanks. I tried what you recommended and it did shorten Roon start up on my system to about 25 minutes, which is better than an upwards of an hour. But Tidal playback is now flaky, (or should I say flakier) with playlists stopping half way through.

Not sure if it’s a net improvement for me since once Roon starts after an hour, it is fairly reliable, though it will take several attempts to get Roon to respond to a play command. That problem remains and now with playlists stopping halfway though, it’s hard to tell what’s making that happen.

I think your system/user is overloaded with software and the old core 2 due can’t keep up.
I’d suggest creating a new user with none of the startup items you have running and none of the menu bar items either. Do not have your current user (or any others) logged in, just the newly created user.
Launch Roon server and set up from scratch again, let it finish scanning and matching and then see how it performs.
This is fairly standard software conflict troubleshooting for OS X.

I need Roon to run in a desktop/work situation. There are no other issues with other software running on the same account at the same time. Roon is the only application that behaves erratically.

Requiring it to be on a dedicated machine/account renders it useless in my situation.

If Roon requires a dedicated account with no other software or a faster than Core 2 Duo chip to run properly that should be made clear to users before purchasing. Nothing I’ve read in the support forums makes that a requirement. Thanks for letting me know.

However, given the cost of Roon, I would have thought it would be able to play nice with others.

You misunderstand. I am suggesting a troubleshooting scenario you might try. Testing on a brand new account that does not have all the start up software and menu bar items running will help determine if there is a conflict with Roon and the other software you are running.
Your experience is so atypical you must look at your computer environment as well as the possibility of failing mass storage in the first instance for troubleshooting. The processor you’re running is very old and I would be very surprised if it is still supported with the next Mac OS.