Since Roon 2.0 download I’ve noticed that when using my Mac as a Roon Remote the artwork function is not operating as it should. Best explained using the screenshots below:

Pic 1 - I begin playing my playlist. 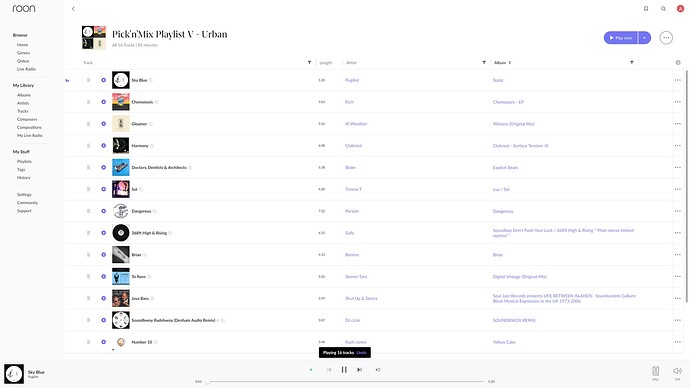 Pic 2 - I go to select the Show Now Playing option at the bottom left of the screen. 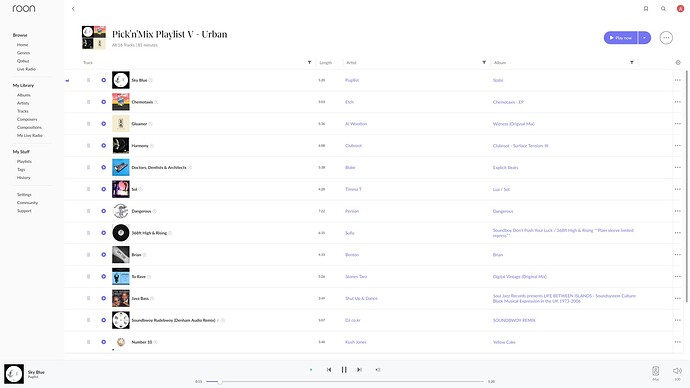 Pic 3 - In this case, the screen appears blank, with no artwork visible for Track 1. 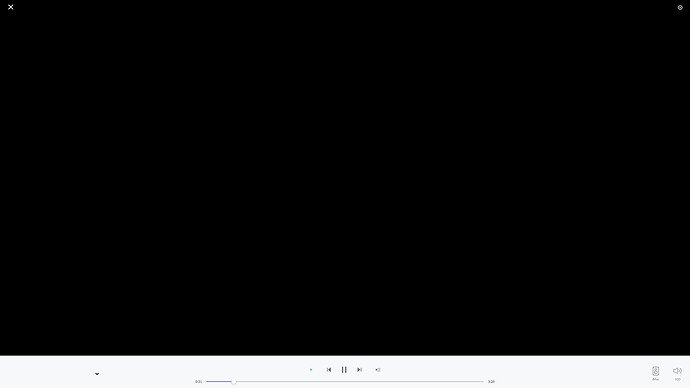 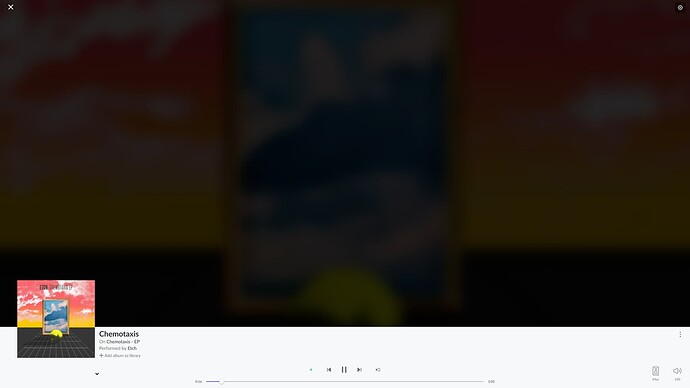 Pic 5 - I use Command-K to advance to Track 3, but the artwork does not change, and the artwork options are still missing. 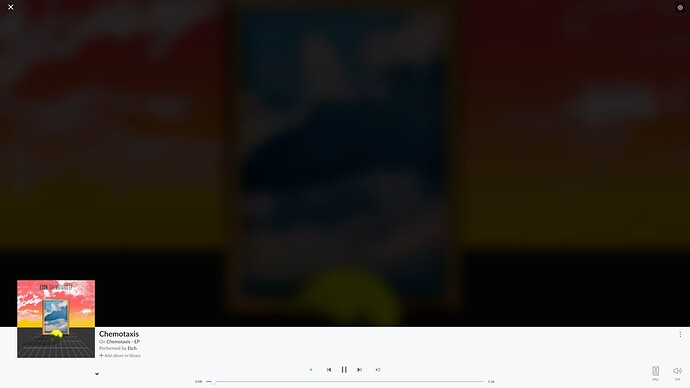 Pic 6 - Getting this coming up a lot when I am searching for tracks, search function is not operating as it should either. 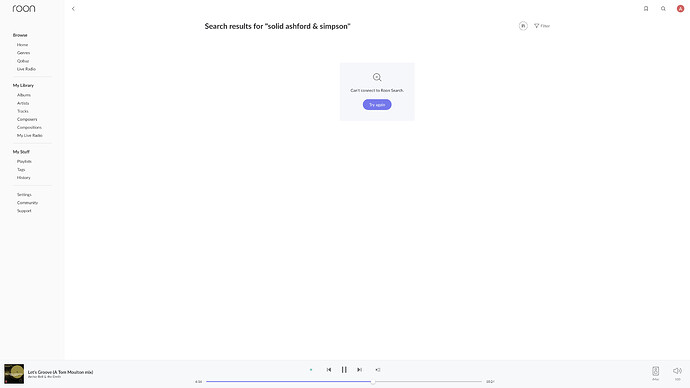 Pic 7 - Trying to open an album from artist discography, but you get the squid symbol for a long time… 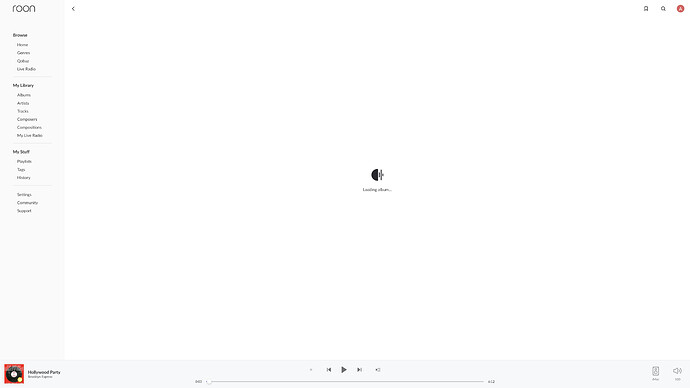 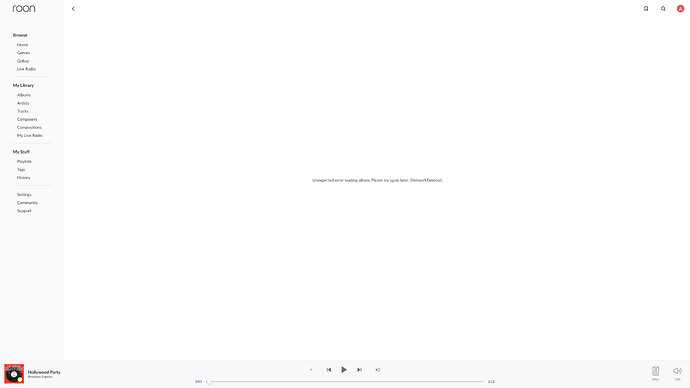 Obviously things have become a bit scrambled since I started using Roon 2.0, I had absolutely no problems like these before. I am using the Mac as a Roon Remote in the room above the router, but the issue is exactly the same when I use either my iPad or iPhone as a Roon Remote with my main system downstairs, where my Nucleus and router are. Being able to see the album artwork is a big part of my enjoyment of Roon, so I am presuming this is some sort of glitch connected to the new version software, because it only started happening after I loaded that up. Also seem to be a number of issues connecting to album pages and search results. Obviously frustrated and disappointed in equal measure at the moment, so if you could advise I would be very grateful.

It’s now been a couple of days since i contacted you, and I am disappointed not to have heard back from you. As well as the issues highlighted in my first post, the issues below are also affecting Roon at the moment.

Pic 9 - The message shown in the screenshot is appearing frequently. 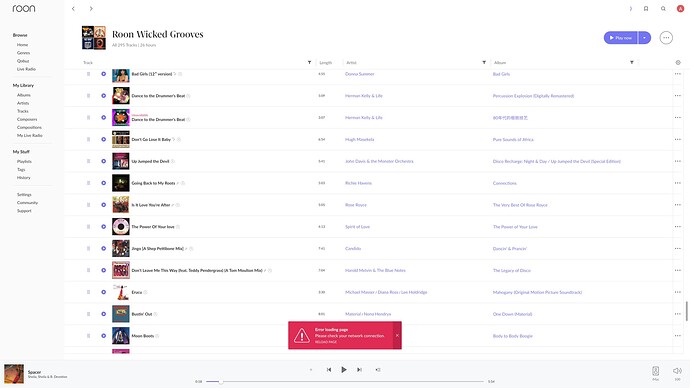 Pic 10 - The rotating circle in the top right hand of the screen is an ever present at the moment. If I click on it the message below appears. 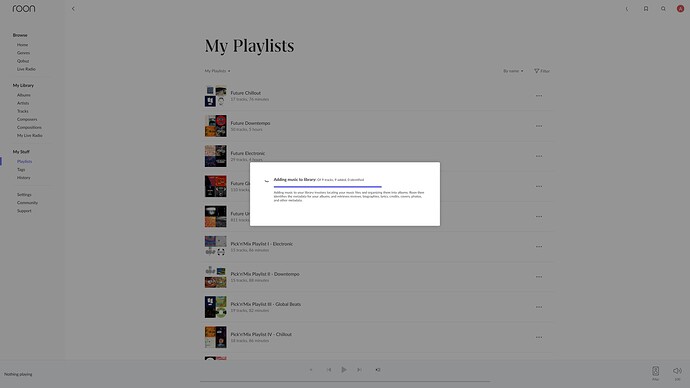 Everything had been working perfectly well until Roon 2.0 was loaded, so it is hard not to conclude that this is the cause of the current issues I am experiencing. Ironically I have little interest in Roon Arc, but having to accommodate it has apparently had a detrimental effect on how Roon works for me. Could you please advise, even if it is just to let me know that you are very busy with 2.0 related matters, and that there might be a delay in providing full support. It is incredibly frustrating to reach out for help and to receive no response. My investment in both the Roon service and associated hardware has been substantial, and I would expect a bit more from customer services. I look forward to hearing from you soon.

In my rush to get a topic posted I did not complete the support template as fully as I should have at the start of the message, and I have been advised that this may delay the response time to my post. I have completed the template in this message, as I am still experiencing poor functionality since upgrading to Roon 2.0, and would really appreciate some help. I hasten to add I am not very tech savvy, so if you could take that into consideration when replying I’d be very grateful. I have copied the original posts below in case the links don’t work.

Look forward to hearing from you.

I posted my issue almost a week ago, with all information but until now zero response.

I changed my system now to two cores. One 1.8 Legacy (which fortunately works) and one with a 2.0 core on an iMac, which, apart from Arc, is totally useless.

Sorry to hear of your troubles Arthur. I think I’d prefer it if Roon spent a bit less on extravagant promotional videos for their new product, and a bit more on establishing that it works properly before releasing it to their customers. Also, hiring a few more folk to help out at customer services would be a step in the right direction, as Roon never seem to be able to adequately cope with the volume of support requests they receive, even when there isn’t a software upgrade. We will see what tomorrow brings, but I’m not optimistic.

Three days since my original enquiry. I’m seeing guys on Support getting dealt with the same day, but I’m left hanging on, why is that? I want to enjoy Roon the way it’s meant to be just as much as very other customer, why can’t I get some timely help? A Roon life subscription and a Nucleus add up to a decent sized investment from me, ie money I gave to Roon, and it’s at times like these I wish I hadn’t bothered. Why is customer service always so slow?

My apologies for the delay in response. Following up on your issue, are you only seeing this on your apple devices being used as Roon remotes?

If you haven’t yet, please give your router, core, and remotes a hard reboot respectively. I would also suggest reinstalling Roon on your affected remote devices.

If, after the above, you are still running into these issues, please write down the date and time the next time you experience them, and please use the directions found here and send over a set of logs from the affected device to our File Uploader.

I will be on standby for your response

Thank you for getting back to me. I was using Qobuz yesterday, and during that time I was notified of an update, which I duly completed. Since that happened, the issues I reported with Roon seem to have gone, although I do not think that the large album artwork viewed when selecting ‘Show Now’ is refreshing as fast as it once did, but it is actually refreshing, so I’ll take that. I am guessing the root of the problems lay in some sort of communication issue at the time between Qobuz and Roon 2.0. I will hope that the situation is stable moving forward, and I will contact you again if there is any further deterioration.

I have attached a few screenshots below, to add to the ones included in the previous messages, to provide further evidence of what I was experiencing. I do not think any of the issues were related to network connectivity, because you can see from the Speedtest screenshot that my download speeds are pretty healthy, and besides, the small album artwork at the ‘Show Now’ icon always refreshed, it was just the large album artwork that got stuck.

I have to express my disappointment again at the response times from Support, because having to wait a week when you are unable to use the software you paid money for is simply unacceptable. You should either make sure that your software updates are tested on every conceivable level before being released to customers, or you should have more support staff available when things go wrong, which they seem to do every time you have a major update. Yes, I know there is a community out there, but regrettably most of the scenarios posters describe and the technical terms they use are beyond my understanding, so I need someone from Roon to take into account the limited knowledge of someone like myself and respond to my needs. Unfortunately, having paid for a lifetime subscription and invested in a Nucleus and a more powerful router, I find that I am stuck with you, and stuck also with the frustrations of engaging with your customer services department, which I have to do much more than I would wish. I honestly would not recommend Roon to anyone else considering purchasing it, for the reasons already stated.

Pic 1 - I was constantly getting this message when using Roon. 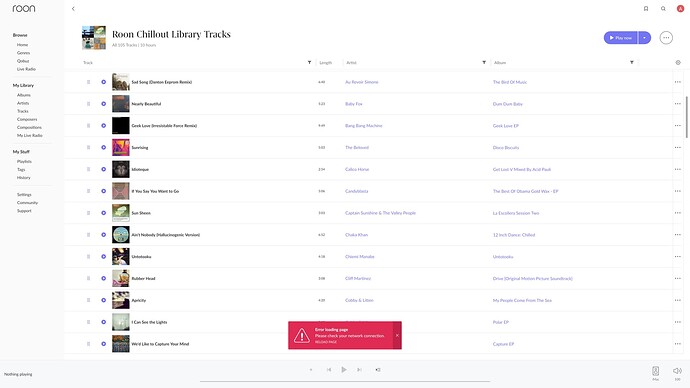 Pic 2 - Download speeds for WiFi are pretty good, as you can see. 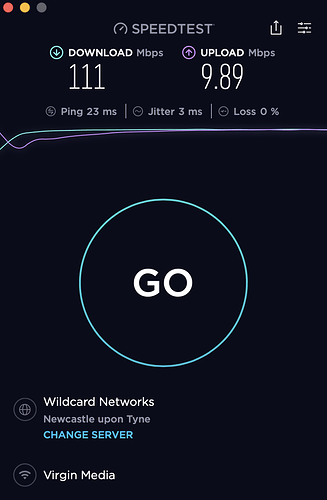 Pic 3 - Also getting the spinning purple wheel in the top right of the interface, as it seemed to be taking an age to add tracks to the library, when normally that would not be an issue. Even when tracks were added it took forever for them to be identified, and clicking on the spinning wheel would bring the window below up. 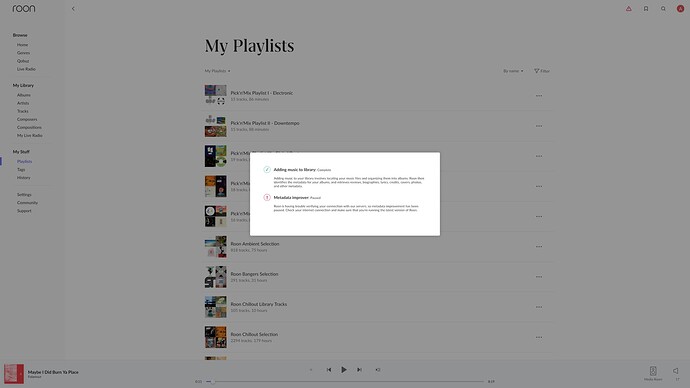 I notice that you have completed the ‘solution’ box at the end of my last message. I would have hoped for a reply to this message from you to offer me Roon’s perspective on what actually happened, and perhaps respond to my comments. Is it your intention to write a reply to me, or is the ticked box it?

3 posts were split to a new topic: Metadata Improver Paused 2.0