I have an Intel NUC that is my Roon core and is attached to my system via HDMI. This morning it was a little slow so I logged in via remote desktop and rebooted and the system did some updates. Once I got the system back working (I have an EDID spoofer in the connection so the system “sees” my stereo even when the HDMI switcher is not on that source) I noticed that Roon was truncating everything to 16 bit. I double checked the driver capabilities on my NUC and it looked good…up to 192 Khz and 24 bit but no matter what I do it still truncates. It didn’t do this prior to the reboot. What am I doing wrong?

A few questions which would help in the diagnostic process

Can you provide me some screenshots of your Roon settings so we can get a sense of the state of your setup as it stands? The screens that would be helpful to post include

Here you go. I also noticed that it is still mapping 5.1 to 7.1 even though I have channel mapping only selected. 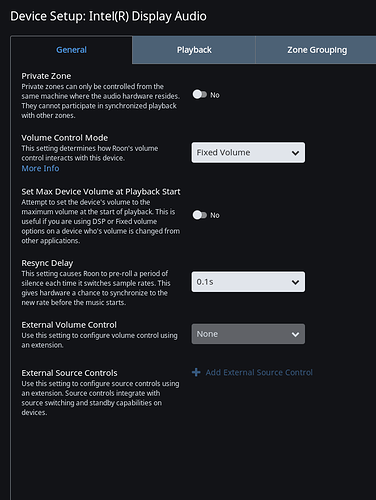 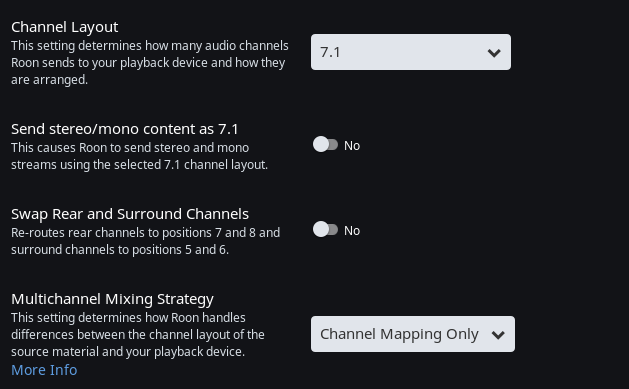 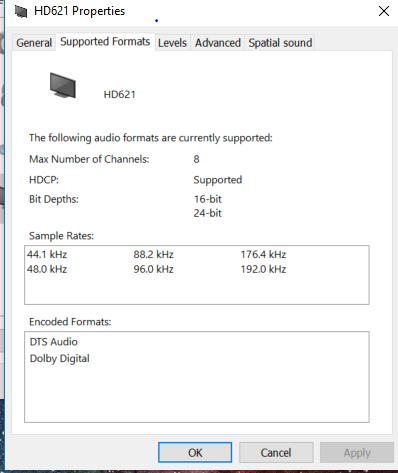 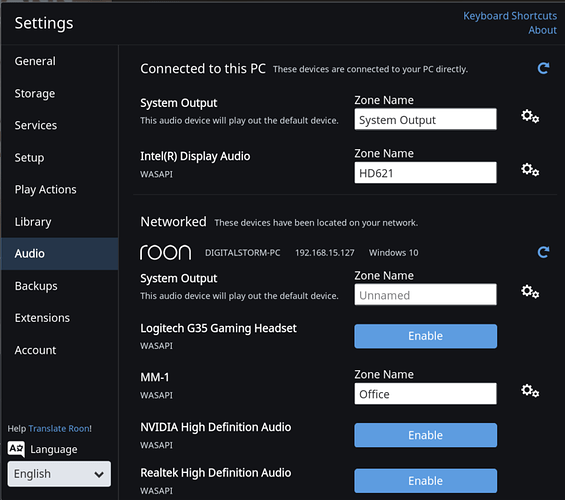 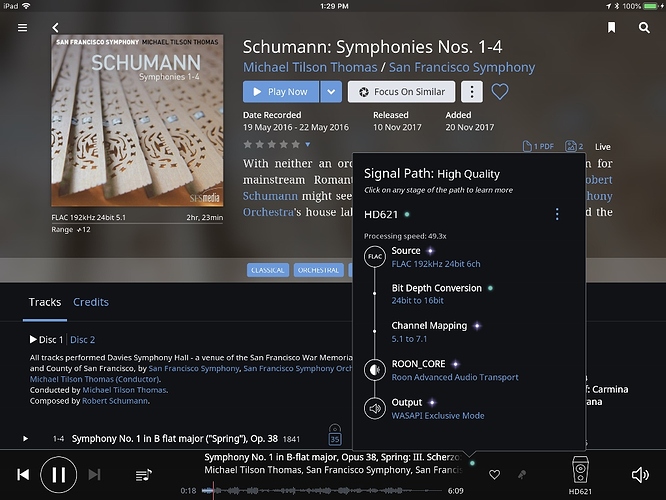 I have been doing some research on this issue and have found some information on the Intel forums relating to 24/192 HDMI playback on the NUC. On page two of the thread, it seems as though some users have been able to successfully re-enable 24/192 multi channel playback by rolling back the audio driver to an older version. Here’s a link to the thread

OK thanks. In going through the Intel thread it looks like I may be out of luck. I wish I had known that the Intel NUCs were crippled before I bought it! Thanks for your help.

I’m in the same boat. I just got my NUC7i5 set up and playing multi-channel. All my multi-channel DVD-As have a 96/24 resolution. Some have 192/24 stereo tracks. When I played these I saw Roon truncating the word size to 16 bits. It’s really ludicrous that the Intel driver is limiting the 192 kHz sample rate as my DSD 64, 5.1 tracks are converted to 176/24 and play fine.

As @john found old drivers will output 192/24 but Intel is not fixing the current drivers for some reason. It doesn’t seem that lowly customers have any clout to get this driver problem fixed.

Can we set up a sticky or some other way to let Roon customers know about this?

If it wasn’t for @john finding this information, I know I’d be pulling my hair out trying to find out what was going on. Intel is telling customers in their support web pages that the NUCs only support 192/16 with no estimate of if/when a proper driver will be available. I’d have never guessed that Intel was this sleazy.

Does this output problem manifest only when playing audio from the NUC’s HDMI port? If the NUC tells a networked device, such as a NAS, to send a song digitally over Ethernet to a player with a DAC, would the problem surface?

This is a problem with the Intel HDMI Display Audio driver.