Roon worked for about a week but fails every time now. I select an album from my collection, press play, and all is well. About 10 mins later, I go to adjust volume and nothing happens, using the Roon desktop and iOS apps. Sometimes when I go back to the UI it is locked up, sometimes selecting a different song makes the system responsive again. At one point the fans were hammering away on my machine and I noticed that Roon was gobbling up all the CPU and memory so I killed it.

While I’m here … I really like the Roon Radio functionality, but it also only works sporadically. I signed up for Qobuz because of Roon, as I expected radio functionality to work, but it doesn’t work with Qobuz at all.

Roon setup was also a poor process, and not well thought out at all. I could find my Linn Akurate, but only one of my Naim Atoms. The other is left as an unknown device (still is actually), in spite of being the same model, on the same network, and both appearing and working happily with iTunes and AirPlay. At one point when I rebooted everything, to try to resolve Roon issues (and I mean everything). Roon came up not recognizing the Akurate and listed that as an unknown device.

So overall, the Roon experiment has been a very expensive waste of time. To be honest, the software feels like an early stage open source project — and even has an open source support model. It’s a huge amount of effort just to flag these issues. I don’t have time to read reams of forum discussions, and I don’t want to be part of the community. I just want software that I paid for to actually work, and currently it does not.

Sometimes when I go back to the UI it is locked up, sometimes selecting a different song makes the system responsive again.

When Roon is in this state is the CPU usage always high? Are there any other apps being used?

Are you using DSP features?

I signed up for Qobuz because of Roon, as I expected radio functionality to work, but it doesn’t work with Qobuz at all.

Does this always not work since adding Qobuz? Can you give an example of an album you started Radio from that didn’t work?

There have been issues for other users with managed switches.
Network guide in the Knowledge Base says

Managed switches can be very robust, but they are often designed for professional installation, so in many cases the out-of-box configuration is not right. If your switch has a “flow control” setting, please make sure that it is enabled. Also, make sure that the switch is not performing any sort of throttling that might impact communication between cores, storage, remotes, and/or audio endpoints. Finally, ensure that the switch is configured to pass multicast and broadcast traffic. If in doubt about any of this, try temporarily replacing your managed switch with a “dumb” switch to see if things improve.

When Roon is in this state is the CPU usage always high? Are there any other apps being used?

No, I only noticed the CPU usage once, looked like the software was in a tight loop. Not much else was running on the machine, and having killed Roon it went back to normal.

Are you using DSP features?

No, I didn’t want to interfere with the underlying sound.

Does this always not work since adding Qobuz? Can you give an example of an album you started Radio from that didn’t work?

I’m not sure. There seem to be a lot of glitches where things don’t work so I haven’t managed to triangulate them. I’ll experiment.

Thanks Ged, I’ll take a look a the switch settings. 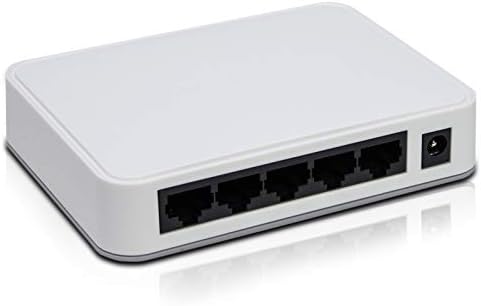 Router settings are fine. I have lots of junky routers around here, switching makes no difference. I realize this was a long shot, but thanks anyway.

Dylan, there are so many issues … maybe it is something more systemic.

I managed to get radio working for an hour, and then disliking the current song hit the next button on the OSX UI, and got the following message “Audio device refused to switch input to Roon”. Given that the audio device was already switched to Roon this seems rather odd. And on the Akurate display, it says input is coming from Roon.

I decided to switch the Akurate (using it’s iOS app) to iTunes, and all works fine. Then switched back to Roon on OSX. Still no response, so I restarted Roon. It declared that “No audio device is selected”. There wasn’t even a volume panel to select an input device. So I checked Settings/Audio fearing that it had dumped my settings, but fortunately it still listed Akurate as an output device. I went back to the music and now the volume control is back, and I was able to play music again (auto switching Akurate back to Roon).

I think this is indicative of the problems and flakiness I encounter, it works for a while and then stops in all sorts of annoying ways, and is hard to restart. I really want this software to work, so I’ll persevere, but I could do with some pointers. Again, from the experience I have had, I do not think this software is production ready.

I’m looking over this thread and from the symptoms you are describing, I suspect that the network is at least part of the issue.

I would try to temporarily replace the Cisco managed switch with an un-managed one and see how things perform since we have seen that sometimes managed switches require specific settings applied for multicast to function properly.

I would also suggest reviewing our Networking Best Practices guide as this will provide some valuable information as to how best configure your networking setup for Roon.

Can you let me know if the above suggestions are helpful?