I have Roon (1.3) installed on a QNAP TS-251+ NAS drive (spinning disc). This connects to a Sonicorbiter SE, then on to to an iFi Micro iDSD BL via USB.

I have set playback on the Sonicorbiter Device Setup to ‘Up to 768kHz’ but it seems Roon is only up sampling to 384kHz, as shown in the signal path.

I was wondering if this is the highest I can expect it to go, or am I missing a setting somewhere that will allow the rate to go higher. According to its spec, the iFi DAC supports up to 768kHz PCM.

Screenshots attached, thanks in advance for any help, 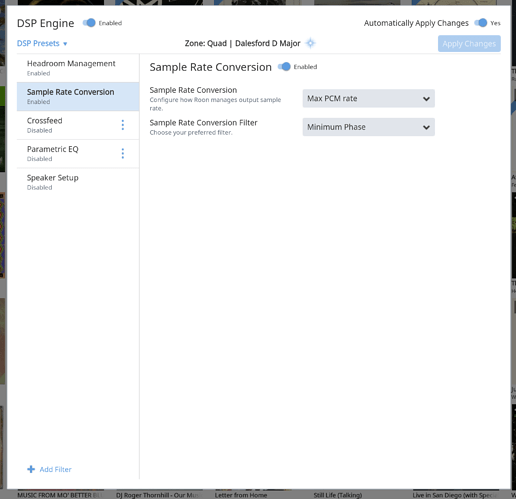 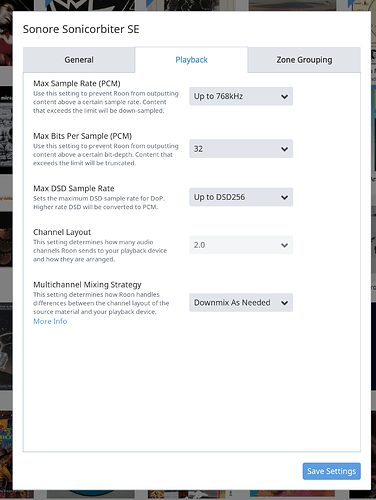 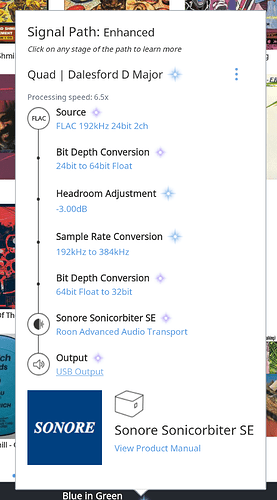 At the moment, Roon does not support higher bitrates than PCM384 and DSD256. That will probably change in a future update though:

Not sure on timeline for DSD512 yet…we’ll sort out the order of what’s coming next after the dust settles from this release. I don’t think it’s a big thing…just need to up the limit and see if anything breaks/underperforms then figure out what work needs to be done. I have a T+A DAC-8 DSD sitting next to me that would probably benefit from it…been running it like this for the past month or two: [image]

Maybe it’s a bit misleading having 768 in the menu?

Why? That’s the SE hardware config menu: the DAC does 768, the SE can pass through 768 – it’s just Roon not supporting it yet.

Cheers, that’s a useful thread, thanks for pointing me to it.

I just figured it might be less confusing for users if Roon restricted its settings to rates it actually supports. By having the menu go that high, it kind of implies (to me) that Roon supports it if the hardware does. Might save more people setting it and asking it why it’s not getting there.

But I agree – it’s confusing. There’s only two solutions: taking it out – or making Roon play 768kHz. I vote for the latter.