I’m running a Roon core on a Mac mini, but it constantly uses excessive CPU, with the fan going full blast all the time to keep it cool. I have noticed that I constantly see a spinner in the top right hand of roon, despite having “Adding Music to Library: Complete” 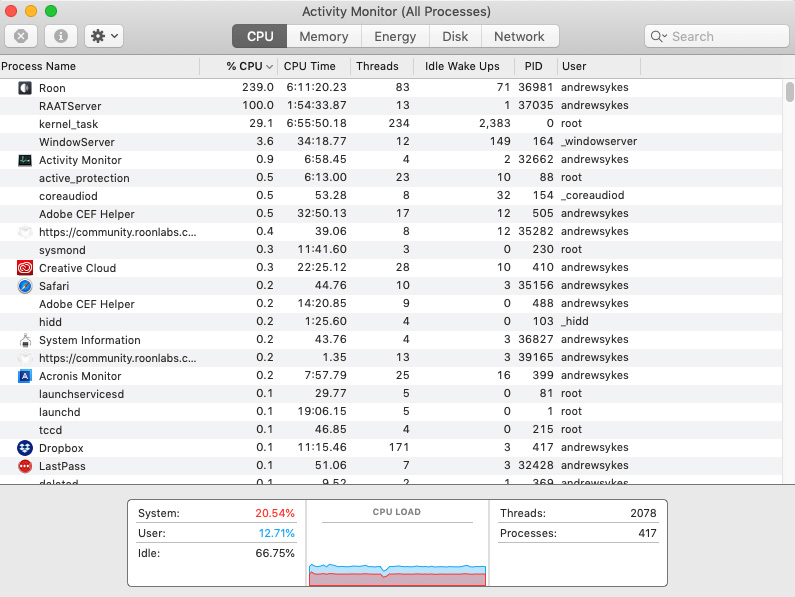 When you open a support topic there were many other things requested about your setup…this helps us help you.

How big is your library and how do you connect to it?

Is it still being analyzed? See under settings / library if any activity is there and also screen shot please of how many cores are being used or if it’s set to throttled.

At the moment I only have 283 tracks imported 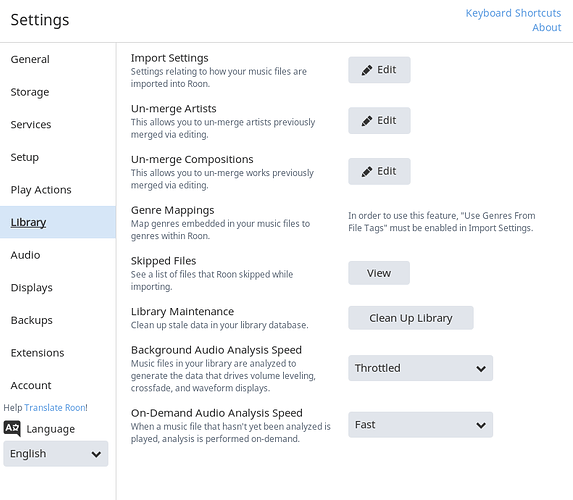 Any tracks in skipped files?

I’ve seen some systems struggle with some possibly corrupt files and the logs normally help support guys isolate what’s gone off the rails.

They (support) should drop a post in here in due course. Hang in there.

I actually have the same problem, but only since build 416. Before that, no CPU problem. Now, the fans come on almost immediately, 360% CPU usage… (i9 CPU, iMac 2019 talking to a NUC running ROCK).

Have just deleted and reloaded for the second time and suddenly everything is working with only 7% CPU usage.

What is wrong here? Same download runs fine on a MacBook Pro…

Hmm, just updated to Mojave 10.14.5, and the excessive CPU usage issue seems to be gone. 3x re-installation from the Roon DMG file did NOT accomplish this…

Apologies for the delayed response here, I brought up this thread with the team today and I wanted to take a closer look at what may have been happening here. I have a few questions to clarify a few aspects:

I have noticed that I constantly see a spinner in the top right hand of roon, despite having “Adding Music to Library: Complete”

just updated to Mojave 10.14.5, and the excessive CPU usage issue seems to be gone. 3x re-installation from the Roon DMG file did NOT accomplish this…

Actually, the only thing I noticed on my quite-powerful i9-CPU equipped iMac is that the fans came on a little while after starting the Roon application. (Only used for controller purposes; Roon Core is running elsewhere on a NUC.)

Noris
With hindsight I think the spinning wheel occurred because I asked roon to catalogue my entire computer rather than the music folder. When I realised and changed to the music folder only the spinning soon stopped, but the CPU usage was still high.
On the first reboot the problem was still there, but it resolved after a third reboot and reinstall.
There were no unusual issues other than the high CPU usage.
I started from fresh.

3 posts were split to a new topic: Roon on iMac High CPU Usage