Roon, what algorithm is the update of the new Tidal album?

I’ve been holding it in until now, but I can’t hold it anymore, so I’m writing.

Roon, what are you doing?

I am using a Tidal Argentine account.
What algorithm is the update of the new album with?

Do Argentine accounts only listen to Latin?
It is Latin or Reggae that the new album is constantly being released.

If I run the Tidal basic app, it’s a different world.

Roon, do you get any money from the Latin music industry in Argentina?

I’m going to throw up. Really.

Well if you aren’t getting area appropriate releases via Tidal then you are very unusual.
My friend’s Brazilian account is full of samba and local releases even though he’s never played any.

New Releases For You is based on your listening history, and what people with similar taste are listening to. It does not take into account your location, or the country in which your TIDAL account is registered.

I use an Argentine Tidal account and I think the OP may be referring to is the “What’s New” section in Tidal within Roon. I also get lots of Argentine recommendations in that section, but the New Releases for You section in Roon is definitely more tailored for me as brian states. The vanilla Tidal desktop app gives me localised recommendations which aren’t Argentine focused. Not a big deal in the slightest, not sure why it would want to make the OP barf.

My guess is that the Tidal app uses your local IP so changes to recommend based on your locale, whereas the Tidal “app” within Roon is linked to the country that the account was setup.

The Tidal new releases section is dire via Roon these days, but it’s as much as Tidals fault as Roons as they have revamped their layout and app to be more user focused. They split up new releases into a more tailored experiences under Suggested New Albums which appears on the home page of their app and this is far better.

The New Releases section shown in Roon uses is a section which now requires you to goto 3rd section of their app and click on New so not pushed much by them anymore which explains it’s poor content generally and why people moan that Tidal doesnt show them what they listen to via Roon.

You have to explore New Releases via the genre buttons in Roon to find stuff thats more to your taste or just a wider selection as the curated stuff on Tidals homepage which is far better and more reflective of the users listening and tastes is not reflected in Roon at all which is sad.

@brian any chance of getting access to this stuff or is it only available for Tidal app and not 3rd parties !

In the UK New Releases seems to show predominantly rap and R&B and a lot of low key releases and misses out a lot of other stuff and appears lacking compare to Qobuz new releases section unless you genre search. This section is likely more regional based to so will show more Latin influenced stuff in SA.

I didn’t set anything up regarding releasing a new album on the roon.

I captured the new releases of Qobuz and Tidal shown on the roon.
Qobuz is exactly the same, but it is not a Tidal.

I know about two or three musicians in Latin music and listen to about one song a month.

I just want it to look the same as it does on the Tidal basic app. 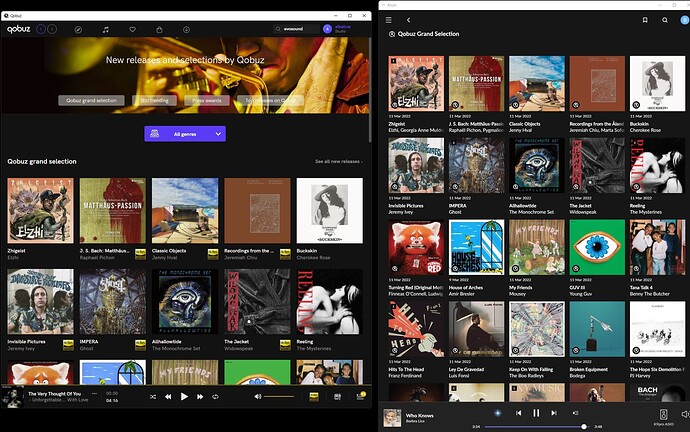 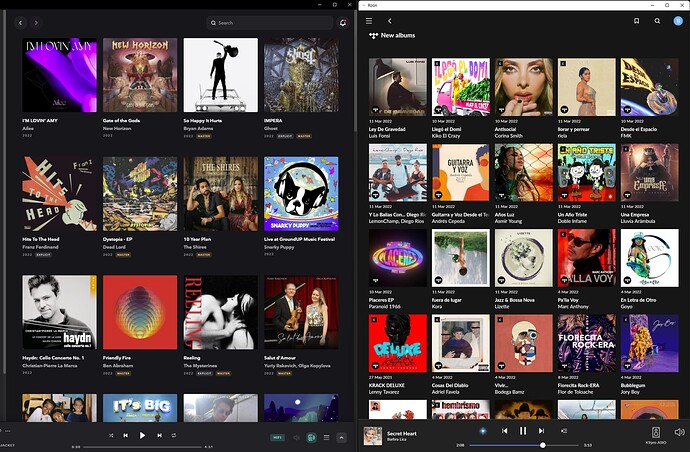 Hi BJ this seems odd What section of Tidal app are you showing in you picture as it’s unclear as I said above Tidal app has several sections for new albums and they are not all the same. Are you sure its the same New Albums section that Roon shows? If so then this is strange indeed perhaps try logging out and back in again maybe something got stuck.

It takes 3 clicks to get to the same page via Tidals app that Roon shows.

For me same as Roon.

New albums from home page in Tidal very different this is curated content and this page is not available in Roon.

This is what I get - using Argentian account but not based in Argentina. 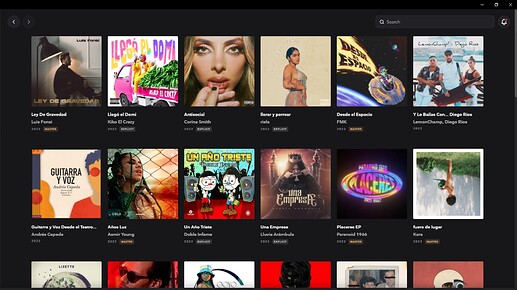 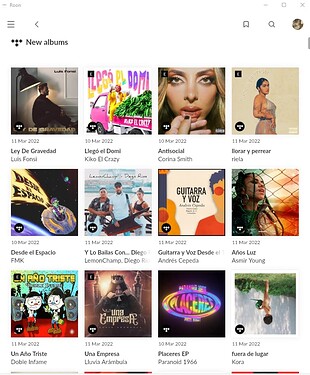 I understand now.
I’ve been using Roon and Tidal for years, but now I know where Roon is bringing his new album list.

For years, I didn’t understand why it was different and had only complaints.

Thank you again.
And I’m sorry for misunderstanding Roon.

Don’t apologise it’s easy done. Its a shame Roon only sees this bit as the curated stuff is obviously much better. You can however find more in the New Albums section if you use genres your interested in.