Roon will run only a short time before crashing

Since around midnight last night (10/27), Roon has crashed within 5 to 35 minutes every time I’ve tried to play music, at least 10 times in all I’d say. I also tried to run a backup three times this morning, and it failed all three times while attempting to “snapshot” the database.

To reboot Roon, I either need to Restart the server in the Roon WebUI, or more often, I need to disconnect power to the Nucleus and reconnect it to get it running. After which it fails again anywhere from 5 to 35 minutes later.

Attached are screenshots from the most recent failure earlier this afternoon (timestamps are U.S. Pacific). From the playlist history, I can see that in this instance Roon had played for ~35 minutes before crashing.

The Roon/Nucleus has been crashing ever more frequently since about mid-August. Now it’s gotten to the point of being completely unuseable. 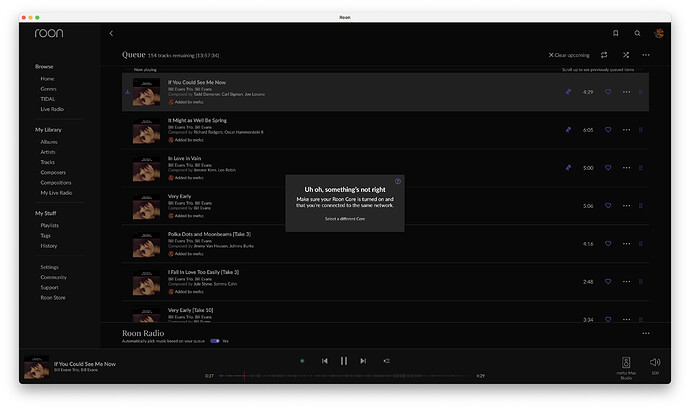 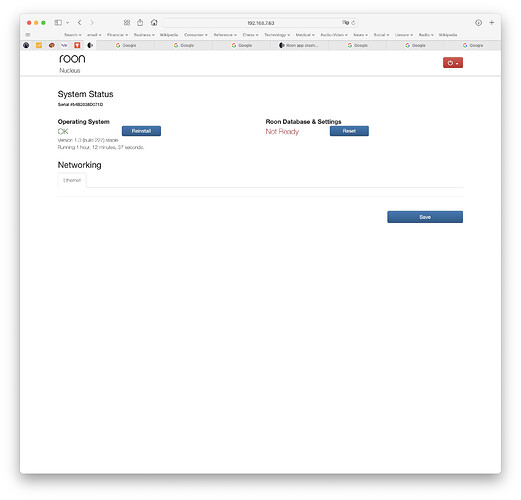 Adlybrhat looks like the OS drive of the Nucleus is failing. I am pinging support for you.

Thanks for your screenshot. It looks like your Nucleus SSD is having and issue and we would need to replace this part. I will send you a private message to get an RMA case started for you, thanks!

Hi Noris,
Thanks for the response. It turns out that my dealer - Hugh Fountain of Music Lovers in Berkeley, CA - reached the same conclusion and yesterday replaced my Nucleus with a new unit. It’s up and running now, and so far, so good. Based on that development, I’ll have no need for an SSD replacement part at this time.

Not sure how to close a case in this system, but please feel free to go ahead and do so.