In my office, I have an MBP running High Sierra 10.13.6 beta 6 and Roon Core 1.5 with an Audioquest Dragonfly Red and some powered KEF speakers. When I stream Tidal Masters through Roon, the Dragonfly LED turns blue. I purchased an MQA album from onkyomusic.com today, and while Roon recognizes it as MQA (has MQA symbol on album thumbnail, authentication says MQA Studio, and source also indicates MQA), the Dragonfly does not light up blue (it’s green). I have the Dragonfly set as a “decoder and renderer”. Any ideas? Thanks.

P.S. the same purchased MQA album does get recognized and played as MQA on my home system and my DAP, so I don’t think it’s the album.

@Will_Pisula ---- Thank you for the report and sharing your feedback with us! The insight is greatly appreciated!

Moving froward, to help aide in why you may be experiencing this behavior with the mentioned MQA CD, may I very kindly ask you to please provide me with the following:

In the “Device Setup” screen for the DragonFly Red zone, set the “MQA Capabilities” to “Renderer Only”.

Here’s a link to the first track on the MQA album in question: [downloaded and removed by support]

I tried the first 5 tracks, all with the same result.

When I set the Dragonfly to renderer only, i get a pink light, but still no blue. 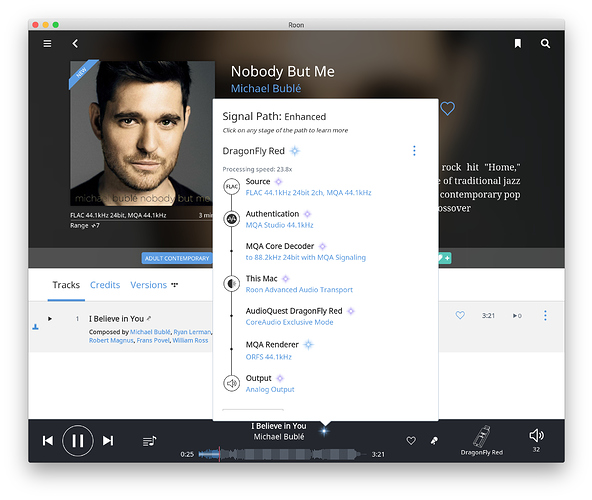 Hi @Will_Pisula ---- Thank you for the follow ups and my apologies for the delay on my end. A few things moving forward.

Confirming that the media has been received and is in our queue for review. Once we have completed our evaluation I will be sure to share the tech team’s findings with you asap. Additionally, I also wanted to check in and see if you were able to review @john’s latest post from the above.

Hi @Will_Pisula ----- I wanted to reach out because I can confirm that I am having no issues with the provided track and that I am making the same observation during playback as mentioned in John’s comment above. 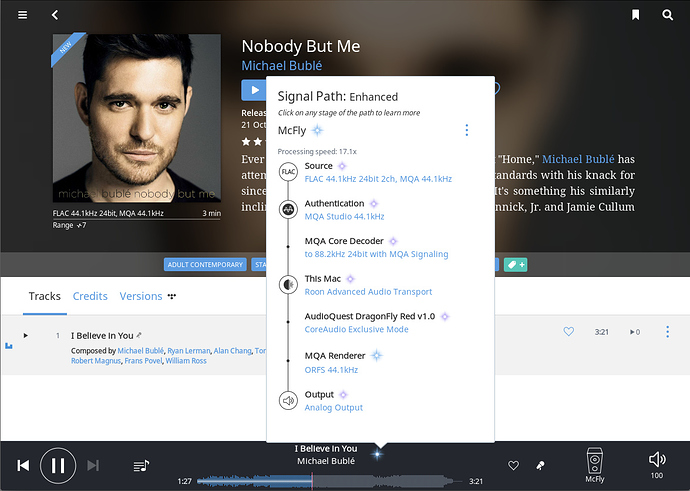