Hi,
while continuous improvements to Roon Software are great, the high frequency of updates is a major nuisance for me, running W10.
Roon is disregarding the security concepts of Windows as it is installing in the …\User\ directory tree under AppData/Local, instead under Programs or Programs(x86) as it properly should.
I have heightended security on my machine, which does not allow auto update as Roon is ignoring proper security unter Windows. Every single update is a major nuisance: Effectively Roon is deinstalling itself in an update attempt, I have at least 2 minutes manual work for me, manual download, security policy exceptions, install, update security policy and so on. I have deactivated the auto-download for now…
Setup is running Roon Remote on Windows and a NUC-based ROCK Core.

I admit I have more software that is ignoring the proper security features of windows, but none are updating nearly as frequently as Roon does. So Roon is right on top of my ***-list in this regard.

Two ways out of this:
-Change the Win Install Path and procedure to a properly protected directory in the \Programs hierarchy
or
-Take it down a notch, do more testing, if an update comes just a few days later with some fix I feel that somehow everybody out here is a tester for you… a monthly interval would seem just about acceptable for me… You could have a “beta channel” for all who like the latest, maybe buggy features and a “stable” channel with a much more relaxed release frequence.

I LOVE Roon in every other aspect… but not for this!!

I’ve never had any issues with installing or updating Roon. Have you changed any security policies?

Edit: It seems you did change something that is interfering with user-specific app installation. If that is your choice, then I guess it’s expected. I would ask Roon staff if there’s a way to install for all users.

@Thomas_Hartmann I’m on Manjaro Linux right now and I have to see the setting on Windows first, this annoyance Microsoft does on purpose to stop anything that doesn’t come from Microsoft. But it can be changed. Even Microsoft installs under user/apps… 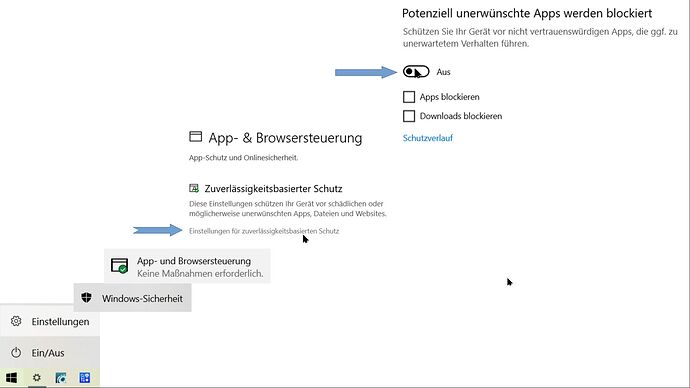 Roon is locked to the specific user account it’s run under I think so it makes sense that it installs where it does. It means each user could have their own install of Roon with their account and connect to their core without it affecting the other users core and database.

To be clear, you can still have user-specific app settings under %LOCALAPPDATA% for apps that are installed for all users. Roon seems to have gone the way of installing the whole app in the user-specific location.

Yes but you would still have one app with one version if installed per-machine, so everyone would have to be forced to use the same Core version. Though I don’t know how common it is to have more than one user on a PC each with their own Core

Thanks for the hints and tips, but I prefer not to lower the securtity settings. As I pointed out there is other third party i.e. non-MS software that does not show this problematic behavior.
And yes, even MS is doing such installs under user, their entire concept is really ugly, I know.

A good part of my being annoyed is based on the fact that the Roon update frequency seems to have gone way up compared to 12 to 15 months ago.

Again, maybe giving the user a choice for a “stable path” with updates max once a month or the “full” path with each and every patch…
For now my workaround is to turn off the auto-update in Roon, as long as I have no issues there is really no need for me to install the very latest update immediately when it becomes available…