I’m using QNAP TVS-882 as the RoonServer now. (Thanks Christopher for what you’ve brought to Roon fans) And I like it very much. It plays just amazing sound quality by directly connecting my exD DDC then to EMM Labs DCC2 SE.

And I also found when SSD Cache is enabled, the sound quality is further improved. My music files are still lying in my drobo S gen2 connecting to TVS-882 via usb and monitored by RoonServer. RoonServer is installed in a SSD slot. While the other SSD slot is used as SSD Cache.

My next would be to try if multiple RoonServer enabled NAS could function as RoonReady devide or not. Or if RoonReady package can be developed, then the cheaper QNAP NAS might also be a good choice for multiroom structure.

This should work.
You can just install RoonServer on a separate QNAP NAS without authorizing it. RAATServer will run in the background anyway and discover audio devices. They should show up on your main (authorized) RoonServer installation.

Try it if you have several QNAP’s in your setup. Otherwise I’d recommend the Raspberry Pi (or a similar device) with RoonBridge installed.

This is what I am doing now. 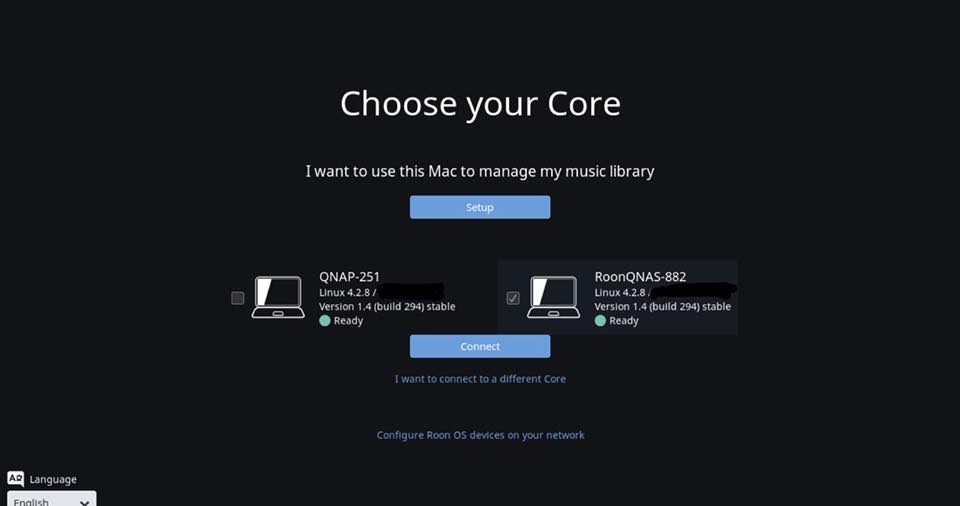 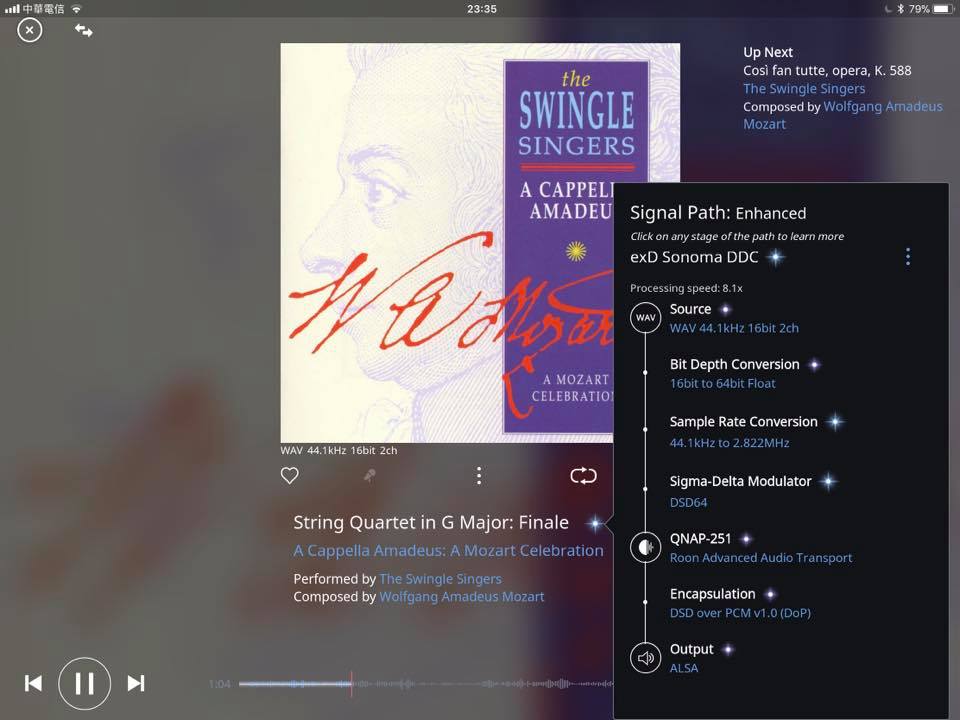 Yes. That was also what I was referring to.
So your TVS-882 is your “real” core and is transmitting audio to your TS-251 (which has also a non-activated RoonServer installed), right?

Yes, both NAS has RoonServer installed. The only difference is I choose TVS-882 as my main Core. And I can see Qnap HS-251+ in the audio setup. It is listed as Network device. 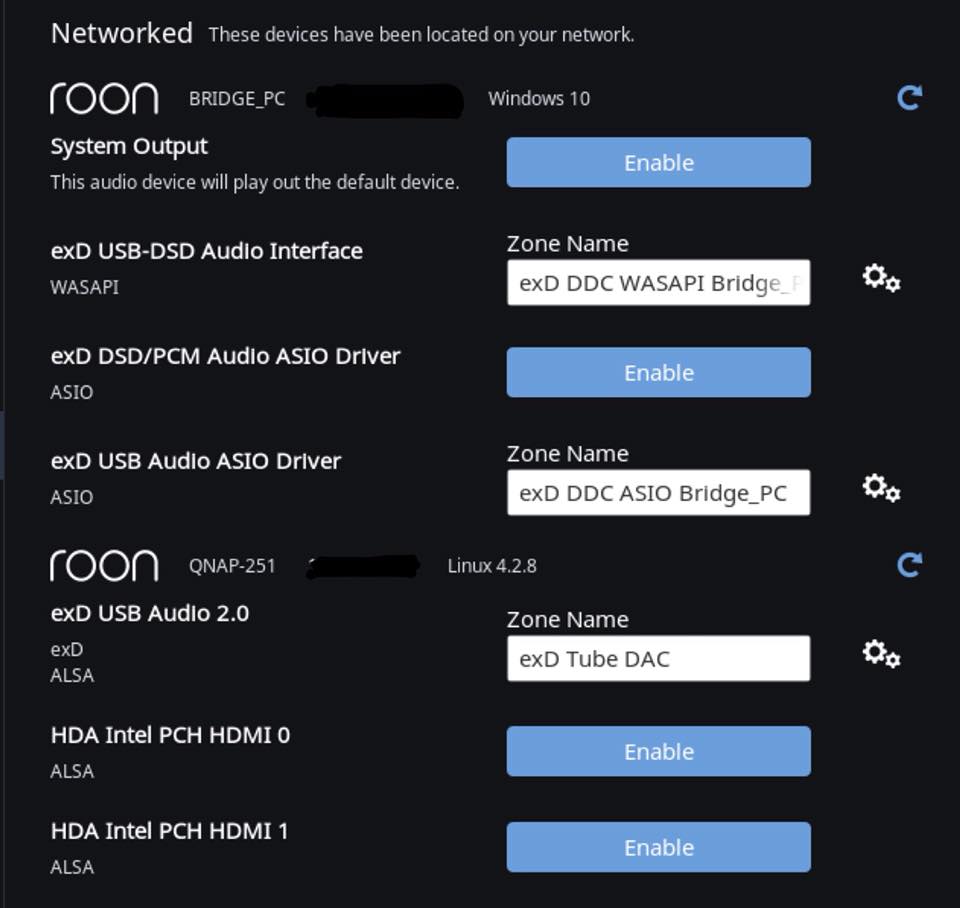