Ya I noted the same a week or two ago.

Reboot fixed it no issues…i probably should have pressed feedback before I did that but will do so if I see it again.

I didn’t happen to check the other LCD displaying the same stuff when it was missing artwork, but it wasn’t flashing tho I did check for that 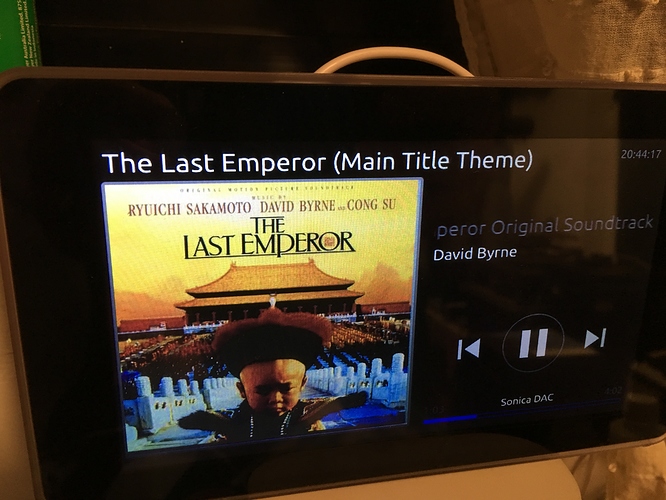 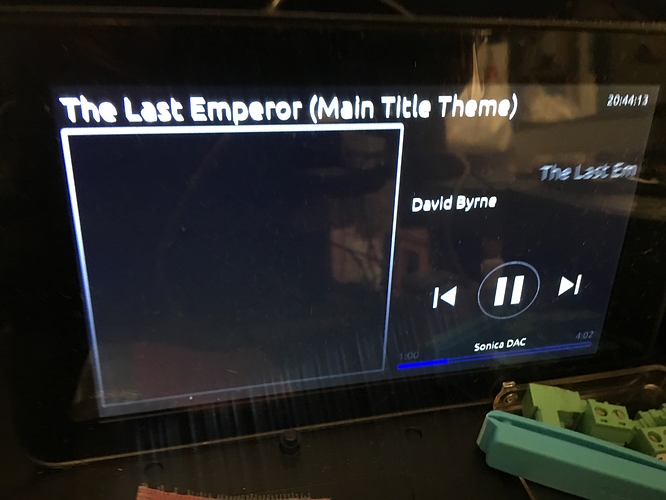 Fortunately Harry has seen this issue at his end too, so he knows I haven’t been imagining things these past couple of weeks.

And since you have the same, it adds another valuable data point (although we’d all prefer to not have this issue at all of course).

OK glad its happening to others and Harry has seen it. I won’t worry too much about other that to make mental note of it being addressed and seeing if its spotted again after the fix

That’s the hard part. I mentioned a couple of weeks ago that it’s hard to see what pattern of events causes the issue. Sometimes it’s after 20 minutes, sometimes after 2 hours.

So it’s been tough for both Harry and myself to reproduce it.

If you notice any patterns that triggers it, do share. I’ve been struggling.

Question: both of you are running on a Pi3?

Yep and Pi3 for me and both of dad’s also. I’ll hit the feedback button as soon as I see it come up again and tell dad to do the same, and let you know.

@spockfish is the feedback any use after it has been rebooted?

I have a rpi3 and have never had this yet. Maybe I dont leave it running for long enough.

It self corrected the next track (differenr album) so I went backwards to the problem track and now the artwork showed properly. I hit the feedback button again here 42d377e47caab610

Would it be possible to add the Ropiee ip address to the settings screen on the LCD?

Yes. That makes sense. Will do!

Can there be an option for static? I’d like to get all my Ropieee’s in one address area

Is it possible to have brightness settings by time of day and or function like playing or sleeping?

I am having difficulties with version 20170831 and the RPi Touchscreen Display. Playing music is fine, and the display starts up, but it only displays unknown for Artist etc. My Room core is running on a QNAP TVS-871. I set up the Ropieee Roon remote extension using my Mac, which was the client I was using in my attempts. Any suggestions would be appreciated!

did you configure your zone properly in the web interface?

Thanks for your quick response! I will check that tonight after work.

After configuring the zone, it worked like a charm. Thanks for your assistance!

Harry, for the few of us that liked having a small clock in the upper right corner while playing, is there a possibility of adding that feature back as an option that could be enabled?

I also wonder whether it might be a nice idea to enable language support for the new clock screen saver, currently in beta? It wouldn’t take much (presumably) to create a simple table with six to ten languages for the words for days and months (maybe English, Dutch, French, Italian, Spanish, Portuguese, German, Japanese, and Chinese?).

I don’t think its in beta currently but maybe new features could put a beta out in the field if Harry has time to keep adding to what has already been a huge effort.

On a general note to all - I hope those of you that are asking for features have taken some Euro’s and pushed then in Harry’s direction. A small price to pay for such a dedicated effort to help other here have what they would like to see. The link is at the bottom of each page on http://www.ropieee.org do the right thing…you know you should even if you are not asking for things