I would love some description on what features are available by touchscreen now. Is it a display, next-last track thing? Does it access any of the roon control stuff? Not trying to put anything down, I’ve just not seen anything that explains all you can do.

Harry, thank you for this. Got my basic pi running with an Audioquest Dragonfly last night and it is a fantastic piece of work. And since I have Ethernet ports all around, a wonderful portable way to bring headphones in the house anywhere I go. I hook a powerbank up to the USB power and boom! Roon-enabled headphones.

The documentation is lacking a bit. True that. It’s just not the most exciting piece to work on, but it’s on my list.

I use the next track button frequently and often back button too, especially when listening to tidal playlists I have the lcd unit on my desk.

Maybe one thing that might be worth adding is a favorite button / indication and do to be able to add a track or remove it as a favorite without having to find a remote client! Not sure if that’s doable in the api with roon but handy for sure thinking about it.

If you would like, maybe I can try putting something together; I wouldn’t do it without your assent. But the only way things like this progress is volunteers step up.

And let me say again. Thank you for doing this. It’s really a great service to the community. And it really works well.

I was testing the latest RoPieee as well on a Pi here and it was working good so far.

[details=Allo DigiOne was not playing when USB output is activated]
I have no clue if this is supposed to be that way. But there was no sound when it was activated[/details]

[details=I disliked the Zone configuration] I am not sure if this has been brought up already.
(Ignore this if this is the case

You could also create a DropDown in the Roon Extension to select the zone. Or even better: have a zone icon in the GUI on the Touchscreen where you can select the zone.[/details]

Just to be sure there’s no confusion: the clock is not in beta anymore. You can select it in the settings screen.

Done in the new stable release.

How do you choose the shuffle play and radio Harry must have missed this ? Not seen anything change UI wise to control them.

If you’re on stable then you need to check if you’ve got version ‘056-1’ (check the information tab).

You can then switch player screen by clicking the covert art. That will switch you to the new screen with the new controls. Clicking again brings you back to the ‘original’ screen. RoPieee remembers which screen you’re using.

Yep on that version must have missed the post on that. Good work! Now only need Library support and it’s a complete package…

I will see what I can do once I can get a touchscreen best, mike.

On my list as well. As on the Web Controller extension, or simply by swiping up or down on the touch screen.

Could you slow down the song title scrolling a little bit more?

The album and artist scrolling speeds are slower and are great but song title at the very top is still a bit too quick, especially for the longer titles.

Done. Will land in next version.

Not exactly a feature request, but this may interest some of the LCD users.

Has anyone tried the Pi PoE Switch HAT with the LCD? Does it provide enough power for the RPi and the touch screen?

The HAT is available on several webshops now. 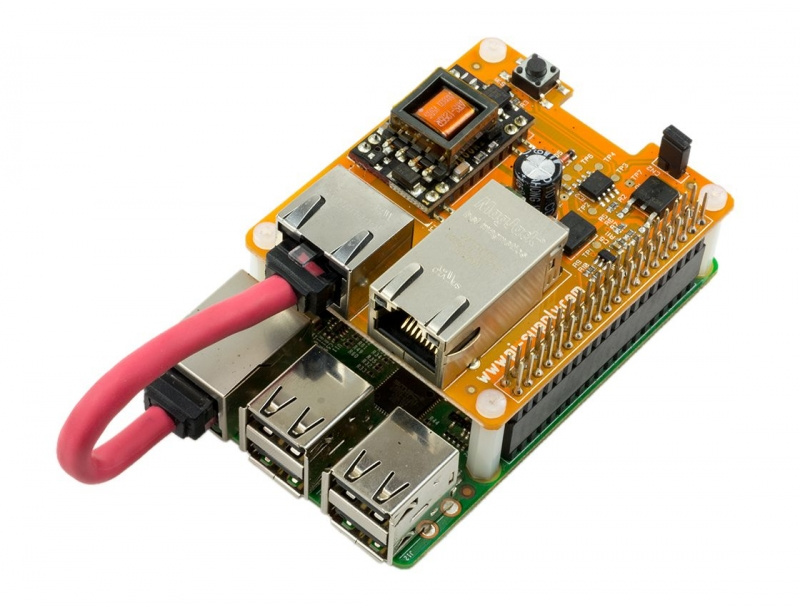 I’d say it is not enough power. The specifications are given on your linked kickstarter page:

I just googled for the requirements of Pi + Touchscreen and found this on pimoroni: