When I select an Album => Edit => Identify Album the album is shown including the Rovi applied number of astrixes (rating).

When I continue by selecting an album (including Astrixes) a window is shown with a number of tracks. When I click on “Save” I return to the initial “Album Screen” but nothing is saved, no reviewer notes and no astrixes (rating)

I understand that Rovi information is not instantly available, but I’m experiencing this for a couple of days now and I reason that when something is offered thru Roon it should be “Roon Available”

Please provide some examples with screenshots. Thanks. 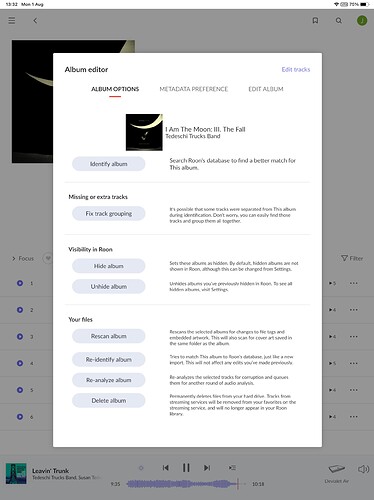 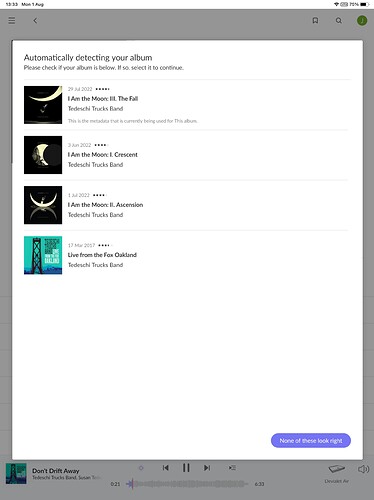 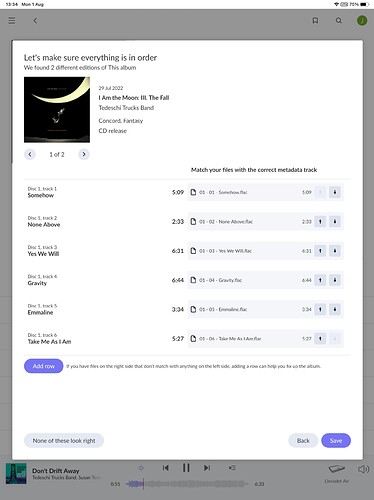 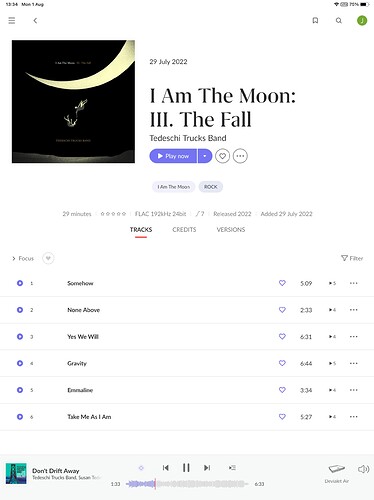 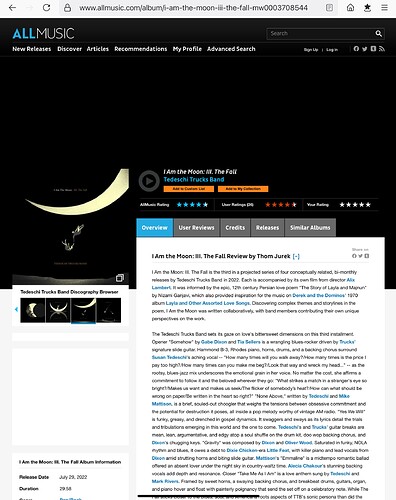 Fellow user here. I think you are seeing the same issue as before. I took an unidentified album of a single 1 hour track I keep in my library and went through the Identification process and told Roon it was “I am the Moon: III: The Fall”. As soon as I finished the process I had the star rating AND the review for the TTB album.

So, something is causing that information to be blocked or delayed in your setup. You might track how long before the information shows up, if it does, as that might be useful information.

Have you tried rebooting your network, starting with the router?

My problem is bypassed though it shouldn’t be bypassed but solved.

Thanks Rugby, your reply directed me to this bypass

Is ROCK running on the NUC? And, where are your media files?

I did not experience these troubles with Beyoncé - Renaissance. I was able to “Identify” the album afterwards and reviewer notes plus rating became stored into the Roon database