Server Sleep and Wake on LAN

Hey everyone. Is it possible, maybe through some tinkering or workaround, to have Roon wake my PC core?

If I come home and open my app, I can’t connect to Roon unless I go over to my PC and wave the mouse. I know why this works this way, but has anyone found a way to wake the Core/Roon with the remote?

That’s why I have an always on NAS.

Edit: there are also numerous iOS and Android Apps that can be configured to send a WOL command. It’s just less convenient and less ‘other system user’ friendly.

Can You Wake Core with Roon?

Edit: there are also numerous iOS and Android Apps that can be configured to send a WOL command. It’s just less convenient and less ‘other system user’ friendly.

Exactly this. Shame it’s needed for those who want to be green.

On iOS I’ve used the SimpleWOL App, but I’m sure there’s not much between any of them as long as it works and you can save a client configuration

I’ve moved your post and the replies into this existing feature request to add further weight to it.
The last comment from Roon was around seven months ago.

Because we like to think about solutions to the inherent problem at hand, and not a solution to a single situation. We’ve met about this feature multiple times and spent unknown hours discussing it… WoL provides such a bad user experience, and we are trying to fix that core bad experience in a way that doesn’t have us building a complicated WoL system. We can solve it nicely in some simple cases (the one you state), but it’s unclear to me if that is the common case. We’ll keep on thinking ab…

Is there a way for the app to wake up the server PC if it’s asleep?

I usually leave my server pc in sleep mode when not in use, it wakes up very fast, surprised the app will not do this is the core machine is sleeping. I’ve been using foobar + app for ages now and it always did this nicely.

I’ve moved your post into this existing feature request to add further weight to it.
The last comment from Roon was around seven months ago.

Ok, I have come up with a work around for now using task scheduler.

So you have two power plans, one that is high performance that never sleeps and a power saver, that sleeps after 10 minutes.

You use the task scheduler to set the two states at the time you want them. Set the power saver to come on in the evening. This then puts the computer to sleep.

Run a task the next day, like /c "exit"to wake the computer, then at about the same time, set it to change to the high performance setting.

More info on how you change the power states here:

I use a Toshiba Dynadock u3.0 to connect my Windows 8 laptop to dual displays, printer, mouse & keyboard, webcam, etc and sometimes when I resume my computer from a Standby state, the displays do not work and I have to restart the computer.Read...

And info on waking from sleep can be found here:

Use the Windows Task Scheduler to wake up your Windows computer from sleep mode, automatically at a particular pre-set time in Windows 10 / 8 / 7.

I’ll let you know if it works!

Hi Dan, yes please share the app, I have Galaxy, but will look for it as I also run Win10. Thanks

+1 it might be easier for ROCK because you control the code, for me being able to sleep core/output when idle or when I command and control being able to wake it.

I will add my “me too” to this ancient feature request!

I have a dedicated Mac mini as my roon server, it’s also running Kodi for other media and it does go to sleep. I’d love it if the roon remote apps would just try to wake the server when they are searching for it.

+1 This would be a great addition

On android I use https://play.google.com/store/apps/details?id=com.benfinnigan.wol&hl=en to wake my PC from my phone.

Hi I’m new to Roon and I like it quite a bit. I’m another user who is running Roon Core on a stand alone NUC. If my NUC has gone to sleep and I open Roon or Roon Remote I get the message that the Core can’t be found. At this point if I’m at my PC I open up Explorer and shortly the NUC wakes up and Roon is good to go. If I’m running from my iPad and Roon Remote can’t find the core then I have to use a WoL app.

I’m curious what issues Roon is considering around this issue. I apologize because I don’t know the inner workings of Roon but that is not going to stop me from asking why when Roon of Roon Remote can’t find a core or even can’t find the last core it was using it doesn’t just send a WoL magic packet? It could be made to do this some number of times and then only send anymore if a button was pushed?

Appreciate any insight as to why this is difficult.

While WOL is simple, it is hardly fail proof on the average home network. There are a few remarks by @Danny above indicating where the complexities are. Solving one use case only does not make a good product – and support (why does my server not wake up?) seems like a nightmare with the idiosyncrasies of home networks.

That said, if you want to use WOL for whatever reason, it is quite easy to create a workflow that sends the magic packet and starts Roon afterwards. I made this in Workflow on iOS (you could add a wait-cycle before starting Roon if your server is slow to wake up): 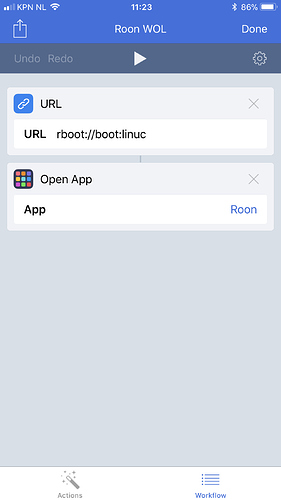 It uses the (free) app RemoteBoot, where you can define the machine you want to send the packet to: 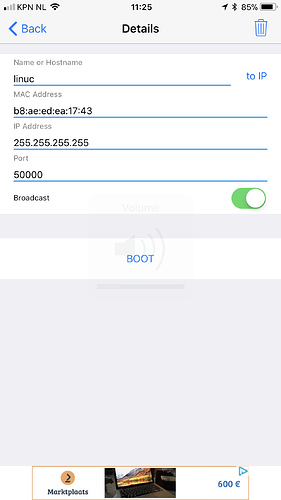 Finally, just add the workflow to your homescreen and start Roon that way: 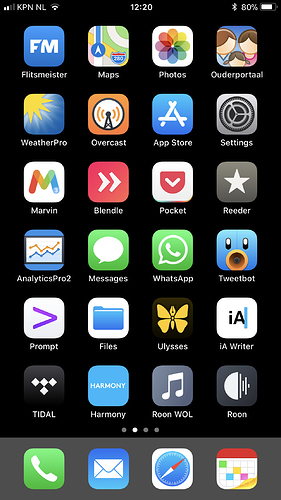 On macOS you could use Automator for something like this. No idea what Windows or Android users would employ, but I guess similar solutions are at hand.

My use case - Roon server running on Windows 10 PC. I’d like my Roon clients (on an Android) to send a WOL.