I’ve changes a lot of artists images manually in the past and I’m seeing several are again being replaced by the default (often very low res or old) images that roon automatically picks.

I’m on ROCK so I guess @support should look into this.

User added images should never be touched so why is this happening? 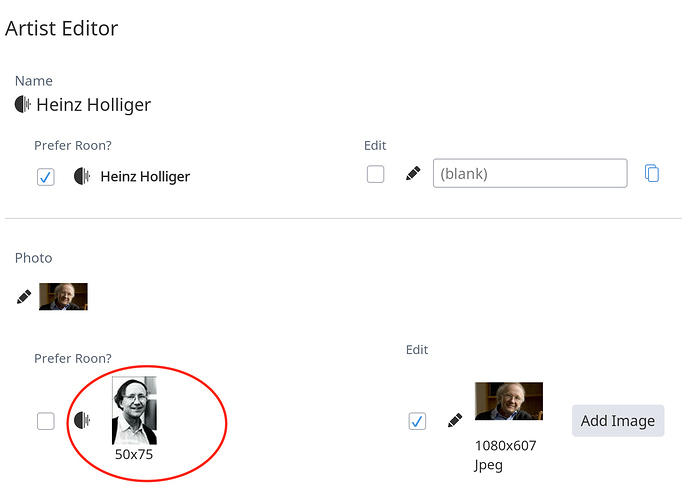 From that screen shot one would expect it to be displaying the high res image on the right. Is it not?

I re-added the image… roon has replaced some of my manually added images with roons own… no sight of the images I added previously. Luckily it’s rare but I’ve re-added a couple now

Oh I see, so the screenshot is after you fixed it?

Oh I see, so the screenshot is after you fixed it?

Similar issue with Björk. Roon is using another image then I added previously.
My own image was gone so I had to re-add another one… In this case my own image has smaller dimensions but I wish roon would keep my preference and not delete it 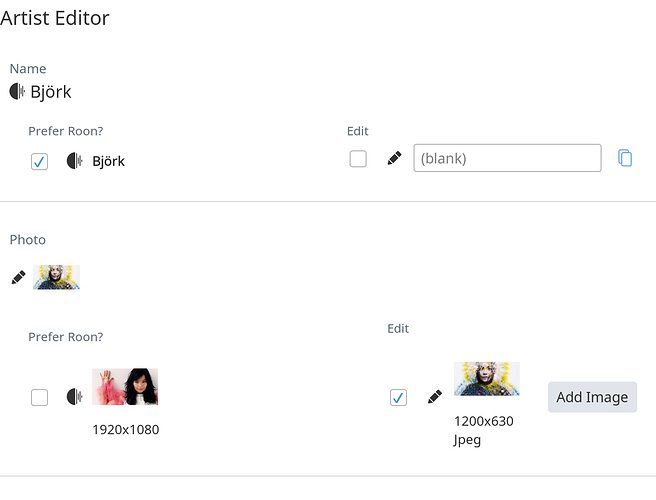 Does anybody experience this behaviour ? I am updating my artists images right now. From time to time I find an image which was changed back to the original “Roon image” although I know that I changed the image to one of my artist image library.