Show us your music collection in Roon

I cleaned up my Hendrix and found a few variations not ripped.

I like seeing the different versions and some require noting the matric code.
A few digitized vinyl versions aka “needle drops”.
A lot of posthumous releases and I need to post notes on what is interesting about the various titles
A few singles
I put the Dagger sub label live titles as main albums since they are a division of Experience Hendrix and official.

I used separate tiles and covers for each disc of the Electric Ladyland super deluxe box because of the unique content. It is easier to comprehend and find vs. one tile/cover and “disc 1” “disc 2” and especially Blu-rays with a string of programs listed as one disc 1-N. I hope better box set management is coming (it’s been suggested many times for a long time).

I could combine the Stages discs into a box.
I censored the Electric Ladyland cover for posting on forum. 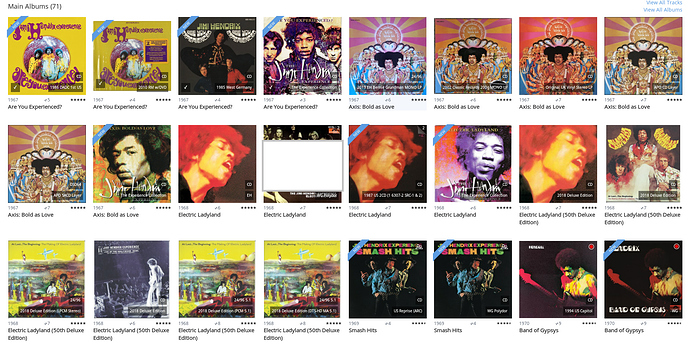 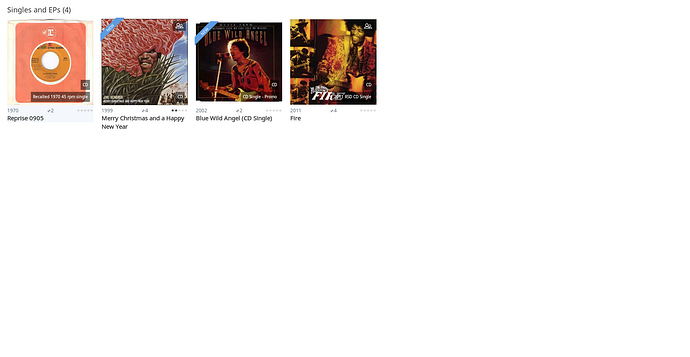 Did a little work on Bruce. I think 99% of the bootlegs are now properly tagged by tour. Still need to do a little cleanup, source some artwork etc. Still have 25-30 to add to the library, also, but that is a whole other project lol

I carried over my original tagging schemes (vinyl, remaster,studio,office,live). Albums can lie in multiple tags. It was a little more convenient in foobar, as I the “tour” file tag spanned my whole library. In roon since I can’t access those tags, the “roon” tags are Bruce only. 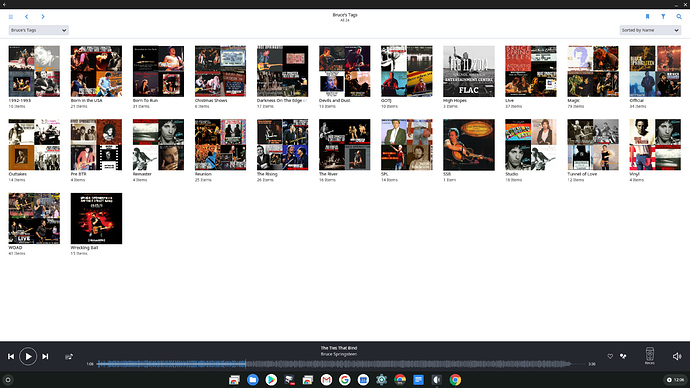 Still on the to do list: create a tagged view for all the released singles/b-sides 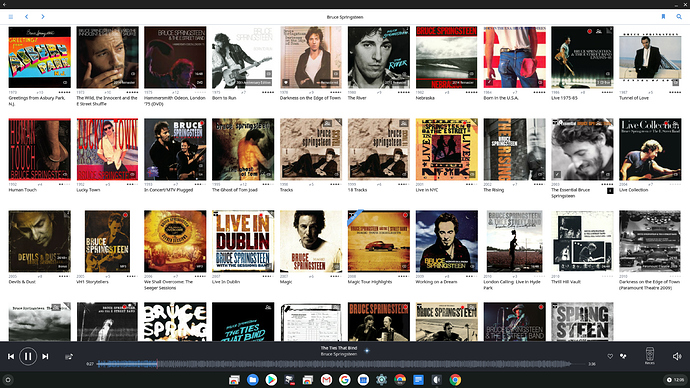 I am working on my Bruce Springsteen discs. I have looked them up on discogs and noted which versions I have. I then insert pictures of disc, back, etc. when possible that highlight the version.

The album collection boxes present a choice of one review for the entire box and listing the box as the object or breaking it into albums and using the wrong metadata to show the album review (or using the same box metadata but listing each album as it’s unique tile. 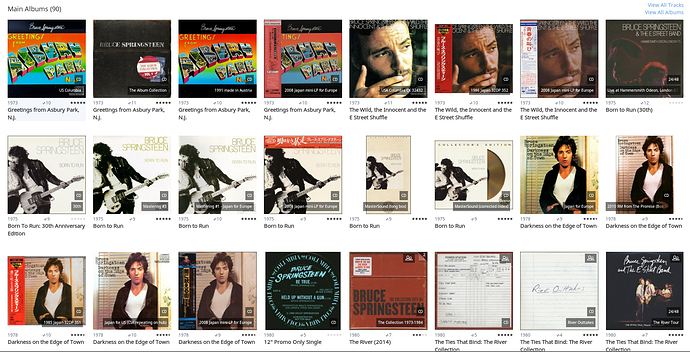 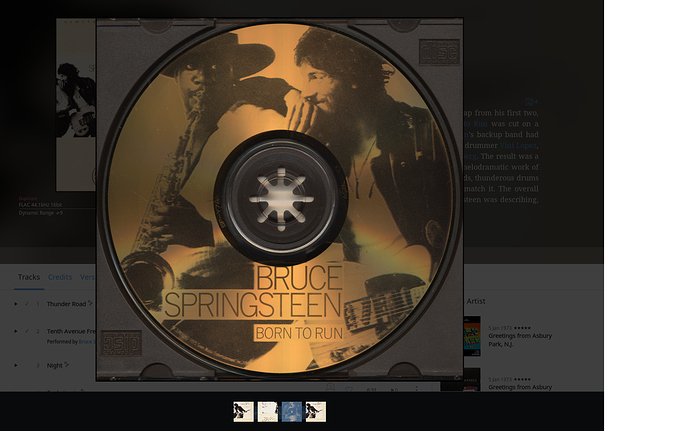 I included a list of the 3 Born to Run masters as a picture along with pictures of cover, back, etc. I have the item’s matrix number listed along with the catalog number under “credits”. I probably should highlight my from the list in the picture. 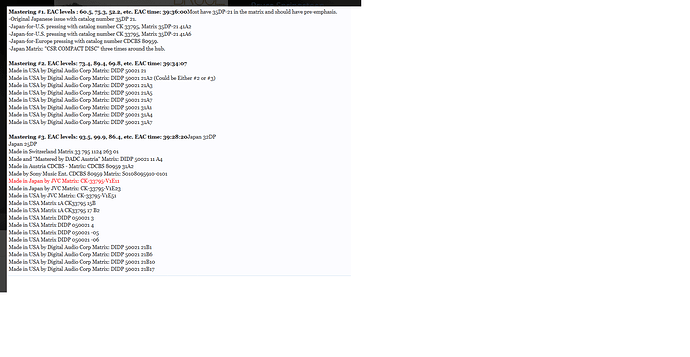 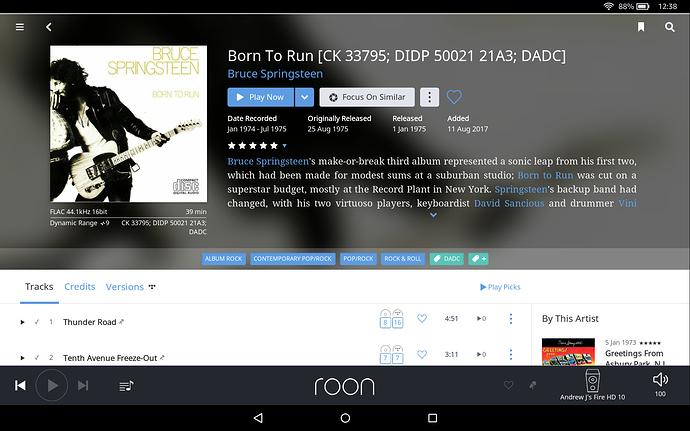 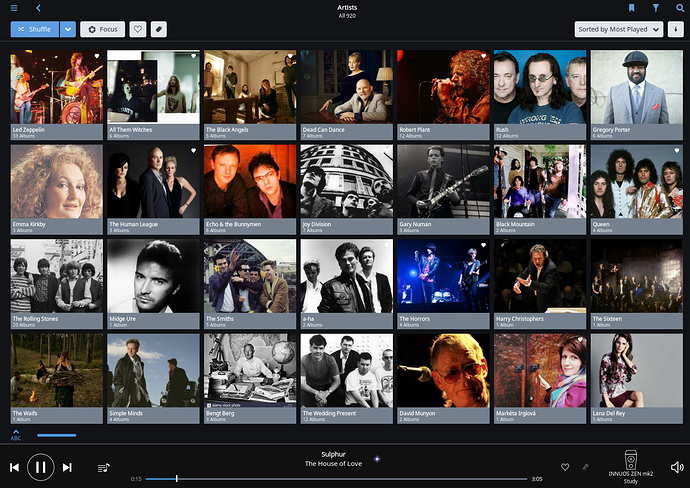 How about a peek at those Zep albums? I need to review how mine are tagged given that I have original. Cds, RM, jimmy page Deluxe RM and various needle drops of Classic Records and originals like RL II. 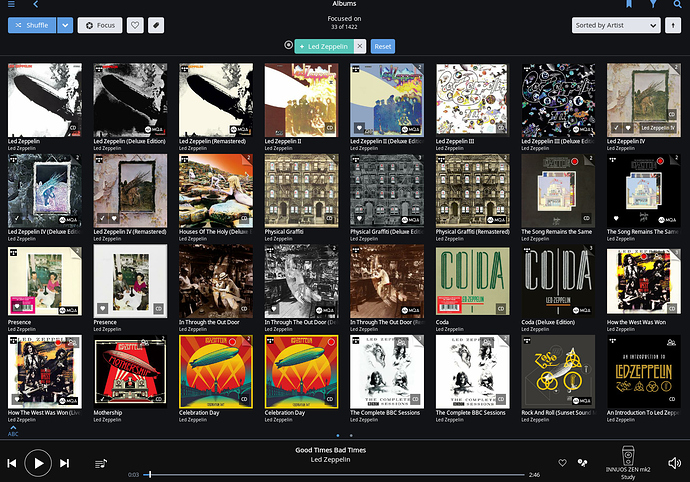 I need to clean up my Led Zeppelin because I don’t know enough detail about some of my versions. I’m dragging out the discs and editing. More to go.

I haven’t looked much at my Zep stuff for a while. Did transfer over my reel2reel Zep2 recently 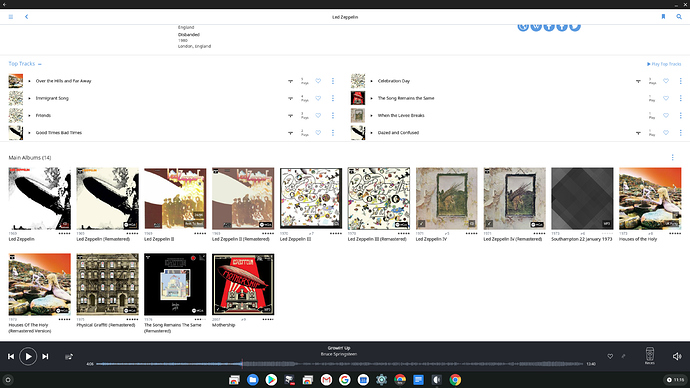 Did you add any pics of the Reel to Reel in Roon? I have some quad reels digitized and love to see the pics of the actual reel, box and back. Love pictures in Roon.

The Doobie Brothers have Targets, MFSL Hybrid SACD and some Quad Reels converted to DTS DVD plus some early CDs.

The Targets seem to just be West Germany or Japan so easy to note.

The Hybrid MFSL discs I didn’t find in Roon. I have one title as the CD layer and another as the SACD layer. I would prefer they were organized like 2 CD set with a tab CD layer and a tab for SACD layer although I understand they are one object/disc. Two versions is fine.

I used the box cover, back and reel photos from actual reel-to-reel source for the pictures. The files have been digited from analog tape to DTS DVD. The DVDs were then ripped.

I showed all four sleeve covers from the Doobie box. I could Merger them.

The picture order seems to be: Original Release date, title, time pictured added. I would like to have the MFSL pictures side-by-side (i.e. What Were…example). 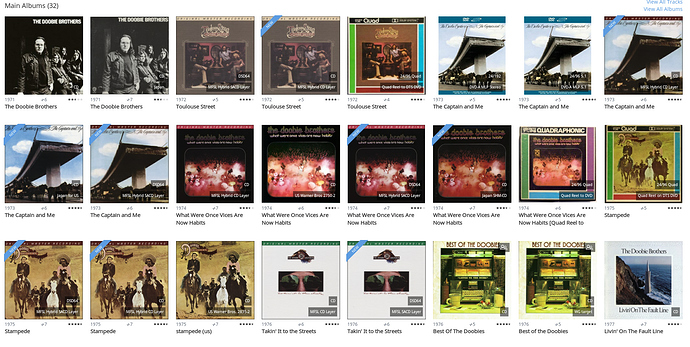 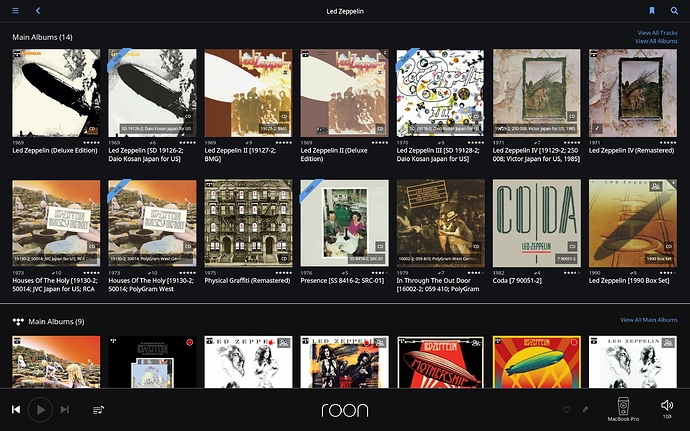 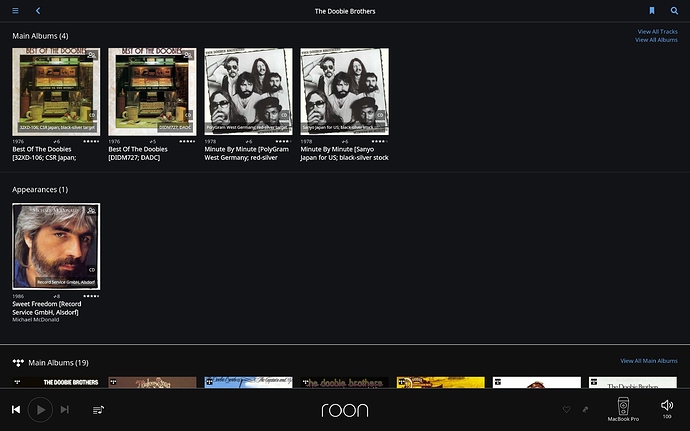 I remember turning the wheel on III for the first time. I think it was 1974 at a school camp, I was 12 and someone’s brother had let him bring III to the camp. I think we all preferred Suzi Quatro’s Can The Can, but Led Zeppelin had the best cover.

thoughts? I would like to be more consistent in scheme. 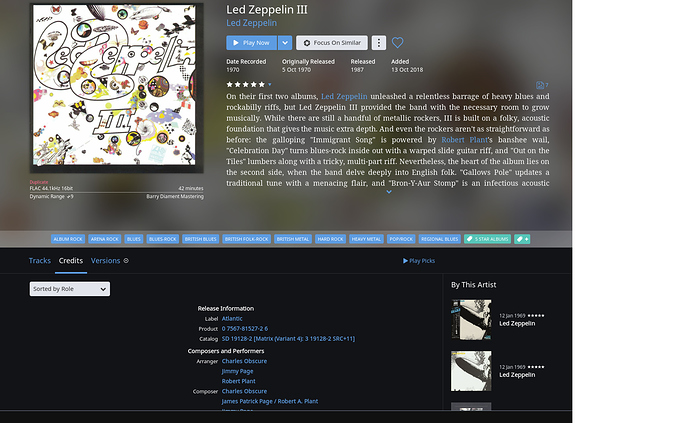 I made a pass through my Led Zeppelin. I only added the Hi-Rez downloads from the first album Super Deluxe so I should add the CDs to be consistent with the other titles although it’s not needed with Roon down rezing where needed.

Some tuning still needed (and I would like to have a few of the early CDs just for collecting reasons. For listening I like to have the first CD masters (Barry Diament) and the Super Deluxe Downloads w/Companion Audio. The vinyl records are my favorites (i.e. RL of II) but I mostly like to actually play those LPs vs. the needle drops. I need to do more comparison on the digitized vinyl vs CDs. I mostly have just compared by Record Player to the CDs. 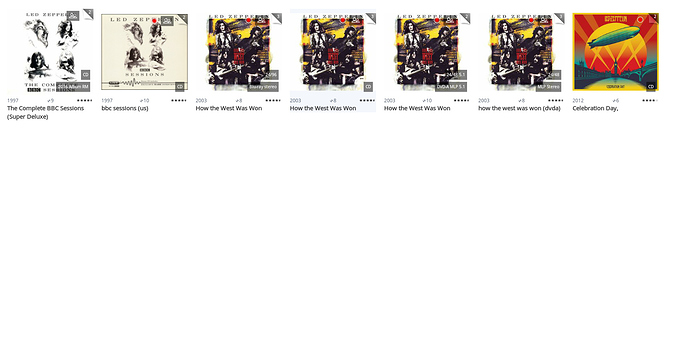 I guess something only an operabuff could get excited about… These recordings took me some hunting (like in the good old days) All of Mario Del Monaco’s recordings were remastered in HiDef by the Mexico branch of Decca Records - only available in Mexico! They were available on Blu-Ray Pure Audio and are now deleted. I ripped the discs and here they are in Roon.

Thanks for sharing — impressive.

I have a few famous opera titles but nothing as special as yours. I have yet to think about how to organize.

Have you done anything special in tagging to support your desired listings (like the one show )?