They are heavily toed inwards which probably helps and in front of the credenza - so the credenza probably isn’t a big deal. Theoretically speaking they do look rather too close to the sidewalls - so I get what you are saying and seeing.

All very nice, but where’s the dog???

Looks very clean. Are you using any isolation footers in your cabinet?

Wired up Hifiman HE-560 headphones for space and time inappropriate listening. Directly fed from the Left and Right preamp output of each Devialet 400 Monoblock (rather than the Raspberry Pi in the base of the headphone stand). Absolute best sounds ever.

1 of 3 headphone adventures this year. 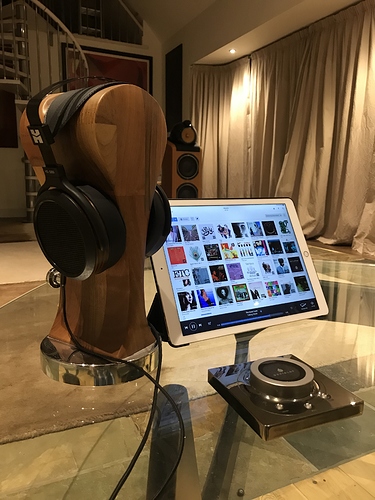 Trying out the state of the art (and underpriced) THX 789 headphone amp.

Taking headphone amp duties away from the Pro-Jec S2 DAC and letting it do it’s core function, and letting the THX amp do it’s thing - I’m super impressed.

). Neutrik connectors on both ends. 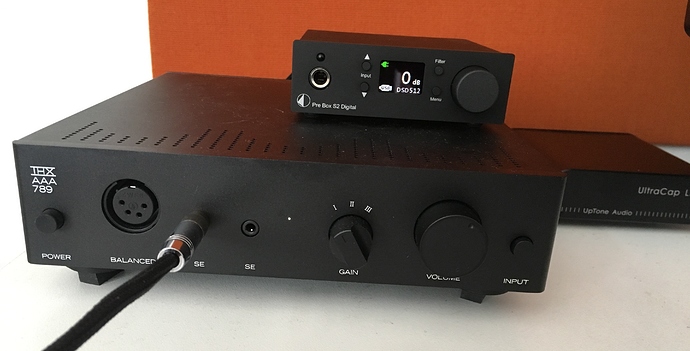 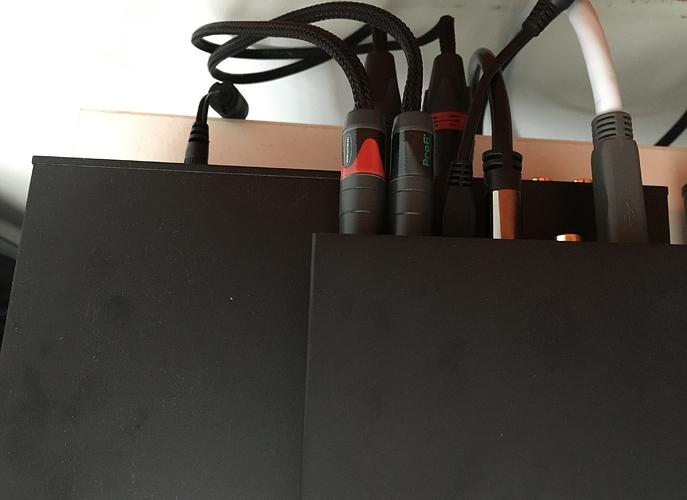 Yeah, I love mine.
In fact, I have to eat crow.
I have been quite convinced, and vocal, that amplifier technology is mature and any reasonable modern amp will be fine, and the difficulties are elsewhere.
This amp clearly proved me wrong.
It’s stunning.

Family holiday at my In-Laws beach house, I needed some music even if I haven’t had much chance to play it. Brought my MacPro with me, it’s running RoonServer headless, although I have connected it to the TV by HDMI and it looks awesome. Bowers & Wilkins A7 speaker. 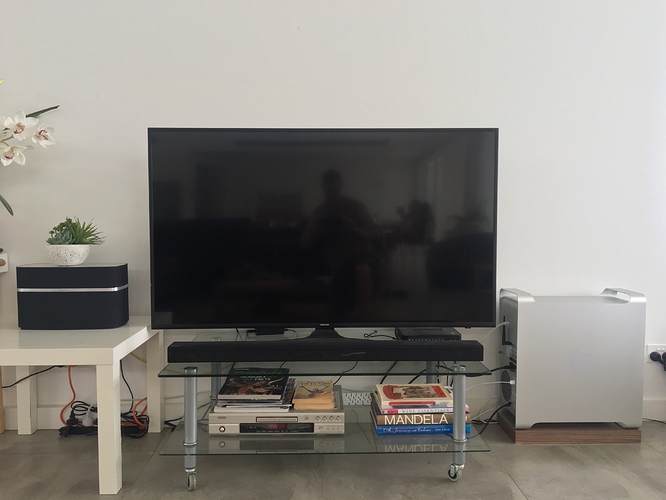 Wow, what a Mac Pro!

Which DAC and cans?

Ha ha — I have a Chord Hugo 2 which does double duty, DAC + drives the Audeze LCD-4z well. But when I got the AAA 789, at least as good or maybe better, for $350, I had to get a price-appropriate DAC. The Hugo 2 and Meridian 818 are otherwise engaged (although I tested both and was impressed). But I went back to Massdrop and got the SDAC, made by Grace, for $80. Tiny and discrete. And it holds its own, the combination with the 789 is excellent. But it is compromised, 96k and unbalanced only. So I’m thinking of the next step. Trying to stay price-appropriate.

I recently got the $350 AAA 789 headphone amp, recommended by a very demanding friend. Didn’t really need it but wanted to experiment. Impressed me when fed by the Hugo 2 or Meridian 818 but those DACs are engaged, and the price point didn’t match. I decided to set up a headphone zone, and needed a price-appropriate DAC. (The cans are Audeze LCD-4z, not price-appropriate, but I use them elsewhere.j Just at that time Darko talked about the $99 Shiitt Modi. But I wanted something smaller and more…

I just updated my preamp from an Ayre to a Pass Labs XP-22. I’m very happy with the result. 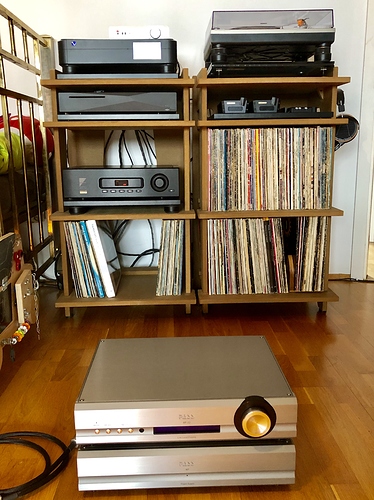 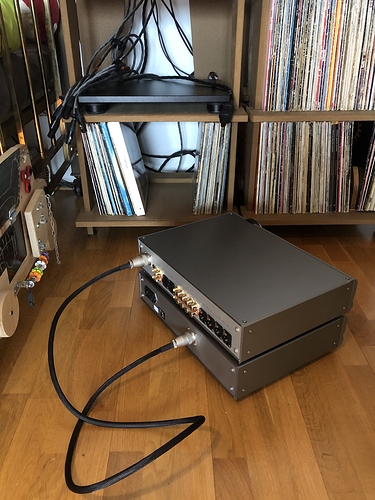 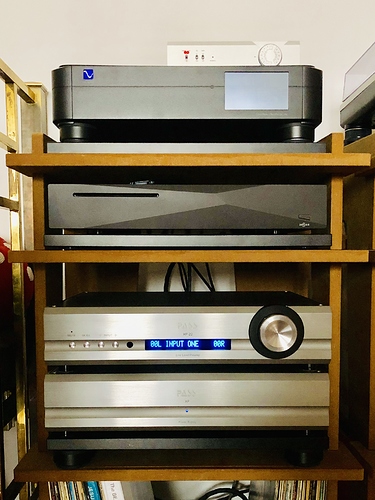 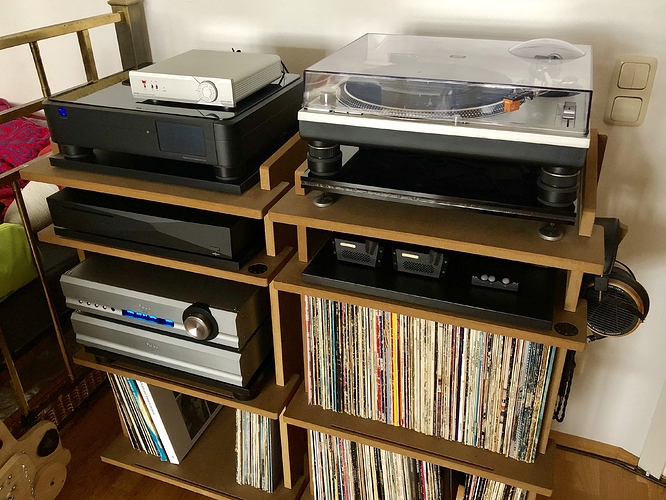 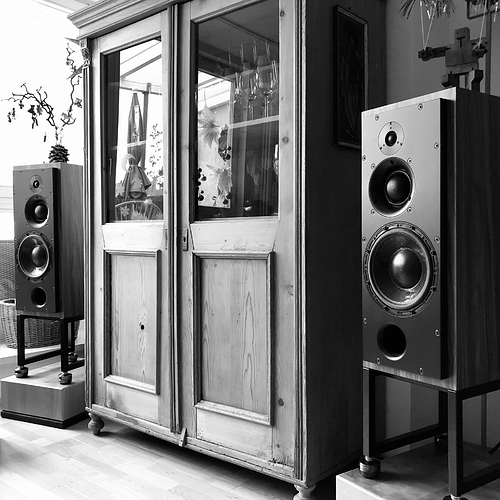 I presume these are ATC speakers? Of so, love the looks of them!

Here’s my latest Roon Setup and Music System!
A Mac mini i7 (late 2012) with 8GB ram memory, 256GB SSD Driver for OS and Roon Core, 1TB Sata Driver for Music, Backups!
My NAS with Music/Roon Backups, Router Technicolor TG799vac Xtream 500 Mbit/s Fiber is standing in another room. (If you have questions about something else, please write and ask me)! 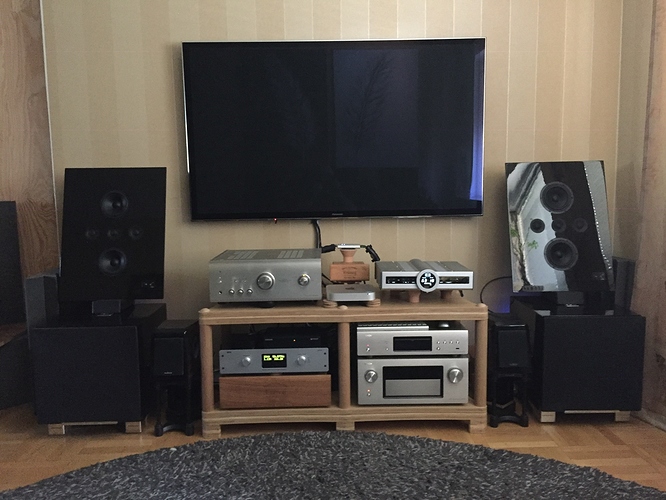 What are those shiny speakers?

I had a pair in for review. Their looks make you think they might be slightly gimmicky. They’re not. Nice clear sound, they go surprisingly low (until you realise they’re isobarics) and sound best in my room only 20cm out from the back wall, and they’re small. A different sound to my usual Harbeths but I rather grew into them

Hi,
It’s Ologe Speakers, I’m testing the FIVE • 5 Model I really love them of course first for their sound, when style and the different kinds of way to place them!
You can hang the speakers directly on the wall, or special stands even place on the floor on a special floor stand (with a screw decide the angel, so the sweet spot will be right)!
There’s a hole series of them, TEN • 10, FIVE • 5, ONE • 1, ZERO • 0 and a special Subwoofer TWENTY • 20.
So they can be used as Stereo hifi/high-end and as a home theater system!
A French architecture/stylist has designed the speaker cabinets, they are only 10 centimeters thick! They are made in China and they put together them in Japan, the Head office is in Hong Kong!
They are big in Asia and have a Solo Agent in USA, I have been asked to be the Solo Agent for Europe! But haven’t decided me yet, because they are not especially cheap, the model that is on my photo cost around 10K-15K€! The Subwoofer cost 7K€!
I have the Version 1, the V2 comes in Black Matt with the sides in Piano Lack also in White Matt with Piano Lack!
It’s possible to get them in other special colors!

Wow so more than everything I own then. Including the shirt on my back