Photos or it didn’t happen…

how do you insert pics?

Just drag and drop them. 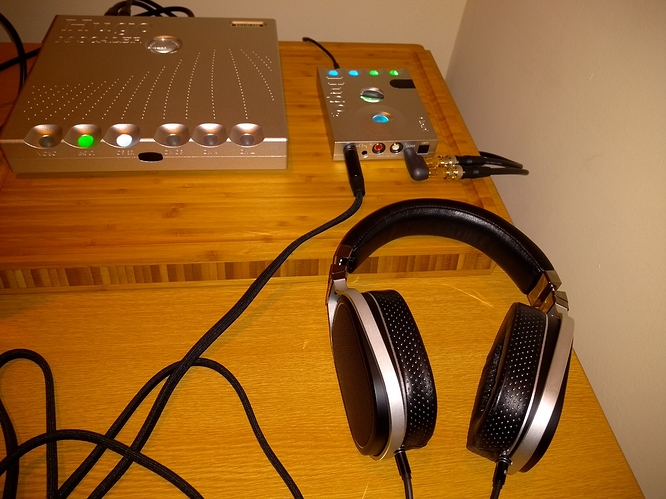 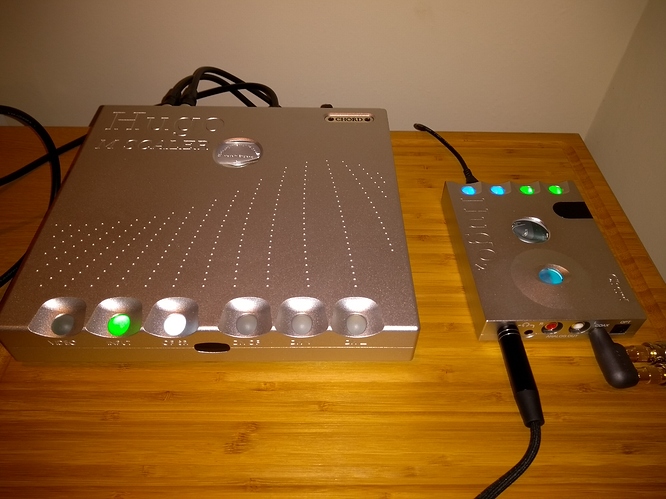 Nice! Living the dream MK ! Been a long time coming.

probably one of the finest headphone rigs in the world:

i just need to replace the hugo 2 with a TT2 now!! 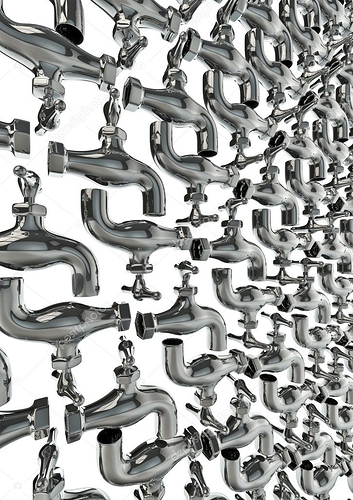 i already have over a million Sean. why would i possibly need anymore? where are you at with chord these days?

i already have over a million Sean. why would i possibly need anymore?

Ha, not more. Just as a profile pic. Just a friendly joke

i just need to replace the hugo 2 with a TT2 now!!

are you still in the chord eco system?

LOL. Already demo’ed with your PM1’s to arrive at this conclusion? Or still planning to demo?

are you still in the chord eco system?

Yes, still enjoy my Hugo2, among a couple other DACs.

what happened to dave or what was your trigger that made you sell it? i’m genuinely interested. i had a good listen to mscaler+TT2. try not to think of it in terms of power delivery but more the cutting edge analogue noise shaper in TT2. don’t forget TT2 has a 3.5mm jack for iem’s too. TT2 is effortless whereas hugo 2 has to work a bit harder to get there if that makes sense.

After watching this space for some time now I think it is my turn now to introduce you to my various systems connected to Roon.
Fair warning: it’s probably the weirdest combination of equipment you’ve seen!

CORE
Lets start with the Core: this runs on a QNAP NAS TVS-473 with 20Gb memory, WD-Red HD in Raid1+backup and a PCIe SSD from the Samsung 960 EVO series.
I’m very pleased with the performance of this system.

Office
This probably is the most used system in terms of running hours…
It actually has two systems: a speaker system and a headphone system. 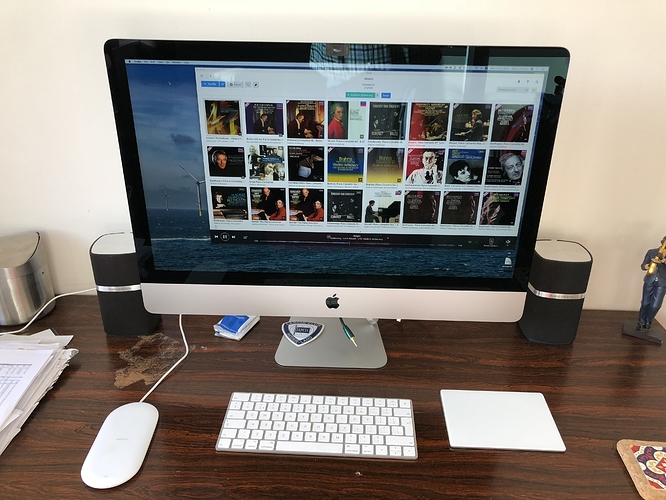 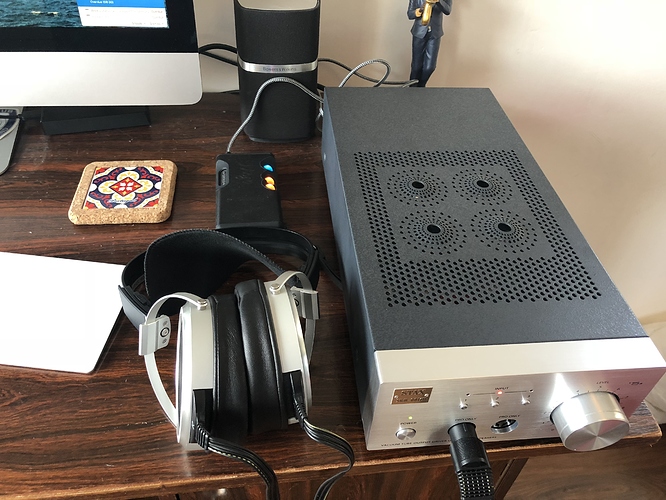 Kitchen
This system is build quite straightforward: 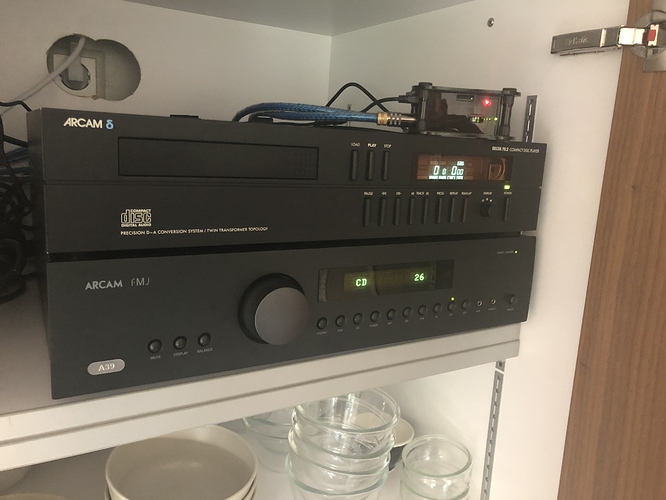 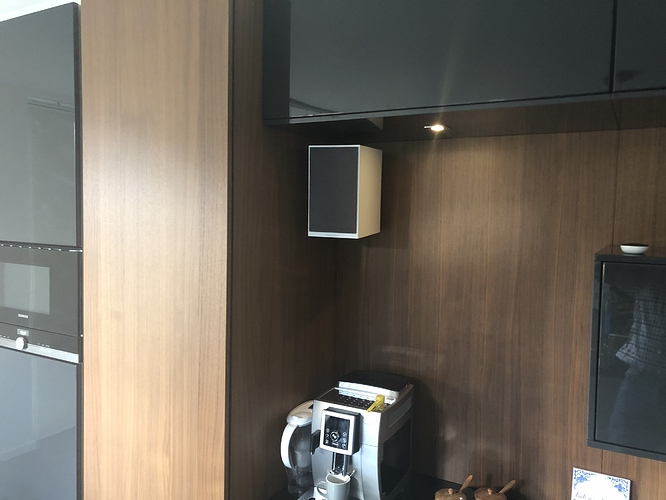 Living Room
This system has evolved over many years. I’ve played for many years with various Avalon/Spectral combination. Then I moved over to Ayre amplifiers, added a DCS CD Player and now have moved to B&W 800D3 after testing the 803 and 802 first. I’m very pleased with the current setup and the only change that I’m envisaging is to move to a fully integrated DCS streaming solution. 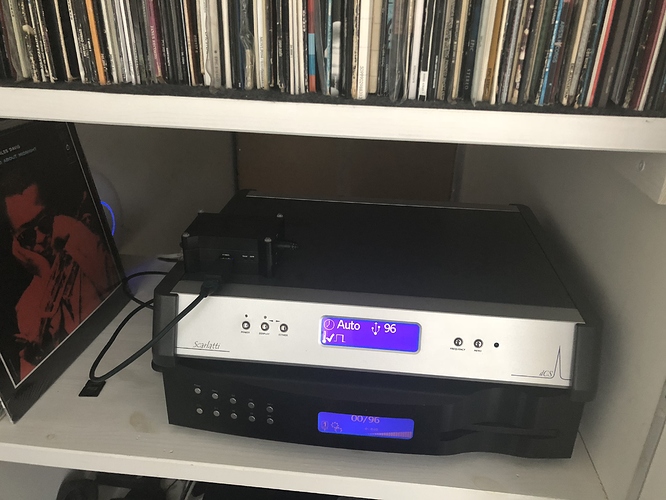 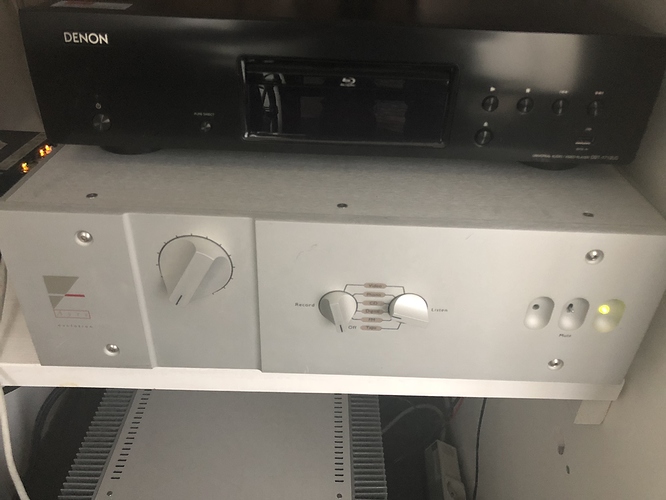 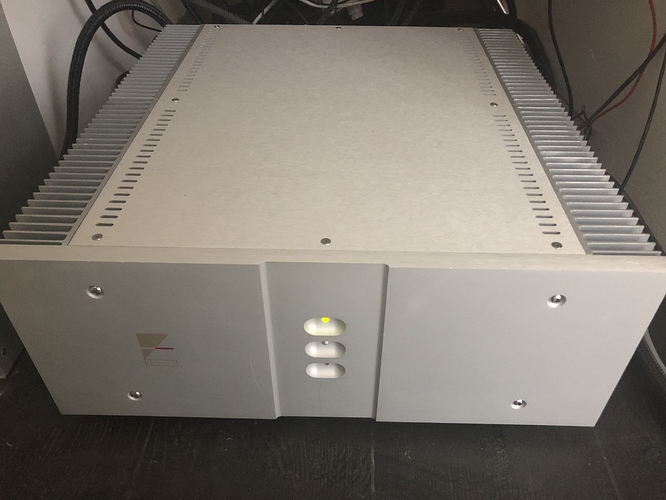 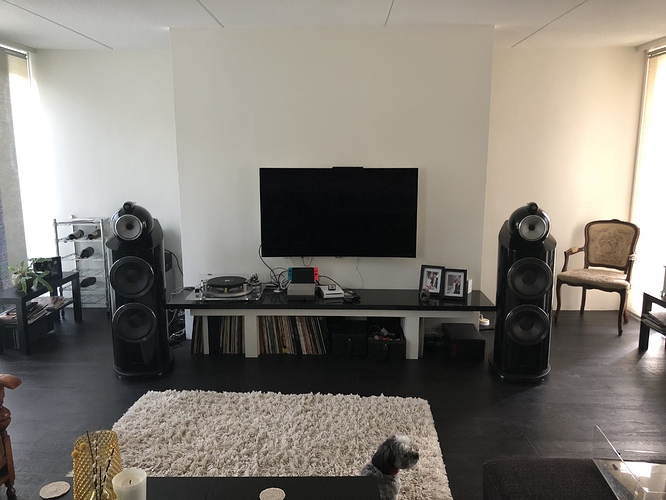 I’ve tested a lot of equipment in the living room system. In particular the digital front end over the past 12 months. The current setup with the USBridge + the Scarlatti Clock was by far the best overall package. I’ll try to share a bit more about this journey when I can find the time for it.

Thanks for entertaining this show-off

try not to think of it in terms of power delivery but more the cutting edge analogue noise shaper in TT2.

TT2 is effortless whereas hugo 2 has to work a bit harder to get there if that makes sense.

I think my Aeon Closed cans (which I love after demo’ing everything on the planet, including your PM1’s) might be the limiting factor - perhaps they’re not ‘revealing enough’ with the better gear… or maybe I have shockingly bad hearing.

Either way, this is a fantastic problem to have (fantastic for the wallet)

Did you demo the Aeon opens? I’m hitting a meet in Los Angeles at the The Source AV, where Mr. Speakers will be present. It looks to be a nice light set of cans to go with what I have now. (Senn HD700/HD800, HiFiMan HE-6Se, Audeze LCD-X). Afraid I’m having a headphone fetish these days…

Im very much surprised (and sometimes jealous) about your great setups… Heres my one: 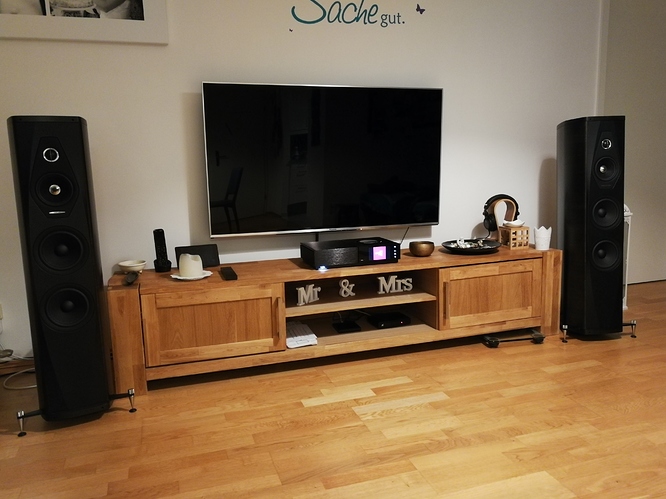 Look honey, they shrunk the cabinet… 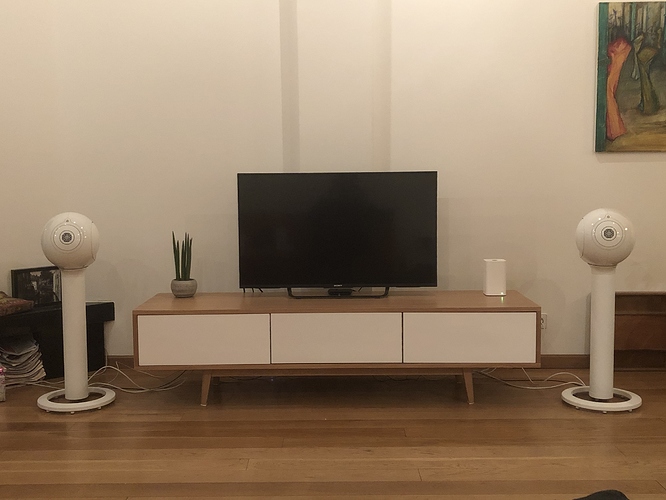 …and the Phantoms go on stilts.

Plan A was quite nice visually, but the larger cabinet wasted litlle time exposing itself as a singing coffin, wrecking havoc in the nether regions. This works just fine, while still looking the part.

Interesting. I like the look with the stands though, hopefully it will work better for you.