Has anyone else noticed this in the signal path with some streaming devices? 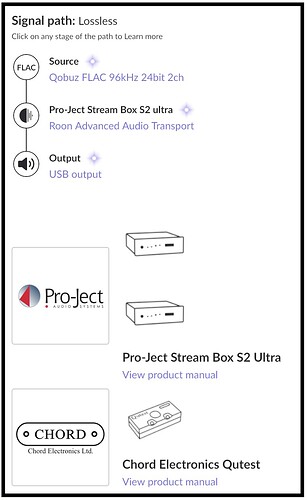 Is there any change in behavior if you reboot your Core? Is the Project zone the one one you notice with this behavior or are other zones impacted as well?

Same UI glitch here (also in the latest build 763), already reported in the beta program. Rebooting does not help.

Hi @noris
Thanks for getting back to me.
Unfortunately rebooting the core and Streambox doesn’t resolve the issue.
I don’t have another Roon Ready streamer to test on.
Cheers

Does not happen on this other zone. Seems to be an issue with zones with multiple components only. 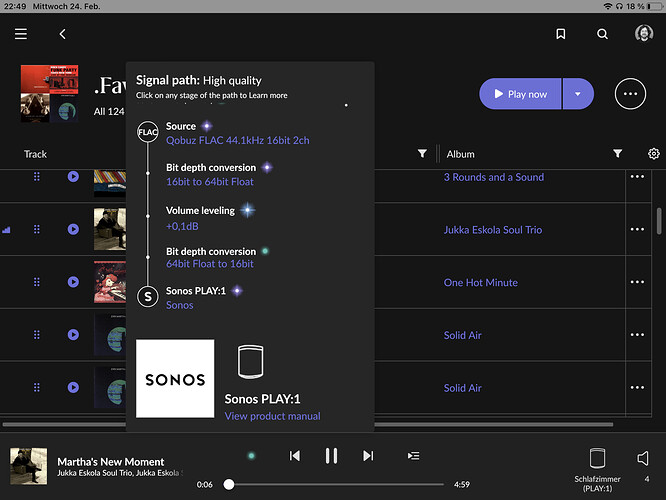 Thank you again for the reports.

Hi Noris, to add to that ticket: Roon iOS app reproducible crashes when tapping on the top white manufacturer logo (the one from the double device entry) in the signal path (LUMIN, in my case). I heard the same issue from other users on Facebook. 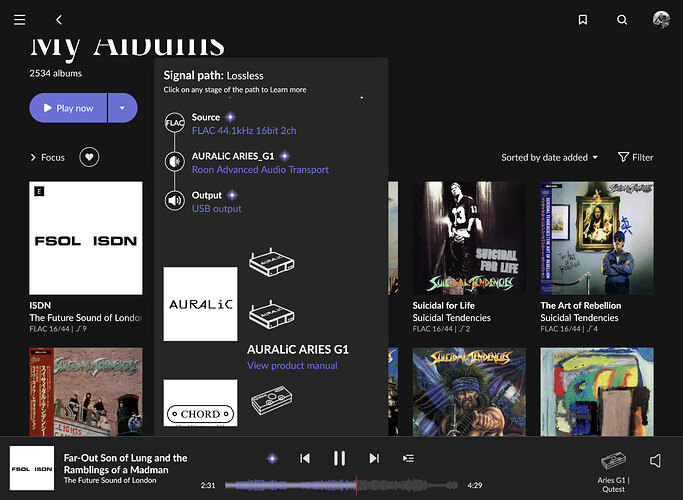 Please let me know, so I can update this list:

These two bugs are still present in 778.

We have just released Roon build 790 which contains some changes in this area, can you please update to the latest Roon release and let us know if this resolved the issue on your end? Thanks!

Hi everyone! Roon 1.8 included a complete overhaul of the artist page, which allow Roon to be smarter about how it presents different kinds of artists. This logic is complex, and requires balancing a number of considerations in order to show the right sections on each artist’s page, based on our understanding of their music. Since the initial release, we have been fine-tuning this logic based on community feedback. This release continues that fine tuning, and we believe we’ve now resolved a l… 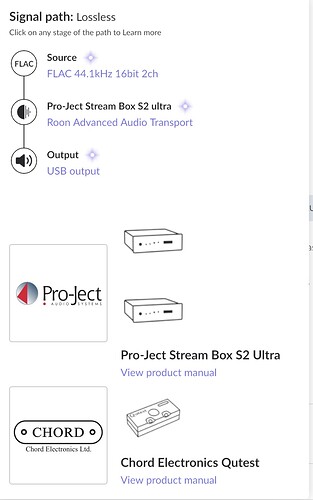 Thank you - great news!
I’m just waiting on the iOS version to be released in the German App store to confirm the fix (I hope).

Btw: in the release note from Mike for 790 is a conflicting info regarding available releases for the mobile versions - you might wanna clarify that:

“… Roon Build 790 is now rolling out for macOS, Windows, Windows (64 Bit), Roon OS, Linux. There is no update for our Android and iOS apps, or for Roon Bridge at this time.

Updated versions of Roon for Android and iOS have been submitted to their respective App Stores and will be available soon. There is no update for Roon Bridge at this time…”

My apologies, the screen grab above was from the iPad controller app and not the Mac OS release. From my MacBook Pro core the signal path is as it should be and looks great!

Will confirm with you when the AppStore releases the iPad update…thanks for your help!

I can confirm that the fix for the doubled icon works on MacOS.
Have not been able to test on iOS, as app is not available in German App Store yet.

But: the second reported bug above still exists, in both versions, on both MacOS and iOS. I created a dedicated support ticket, as this might have been overlooked: Crashing bug - Roon quits when clicking on endpoint company logo (seen on MacOS, iOS)

Looking good on iOS (iPhone 11 and iPad) - no more doubles in my signal path. 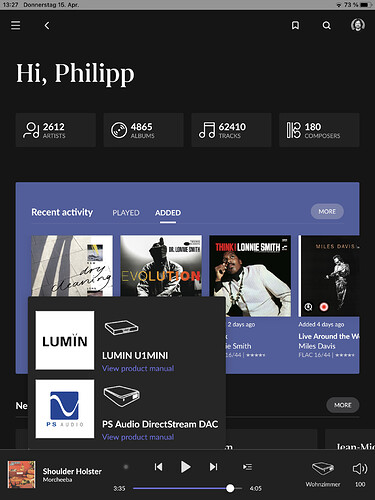