I have two Bluesound node 2is. Set up is identical. When I play the same track to either one the signal path is identical, but when I group them the second one is missing the MQA renderer stage at the end. Both devices are set to act as renderer only with Roon core MQA decoding turned on.

I am wondering if this is just a bug in the display of the signal path, or whether the rendering stage is actually being missed on one of the players when grouped. 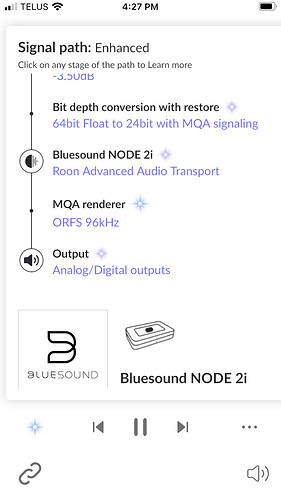 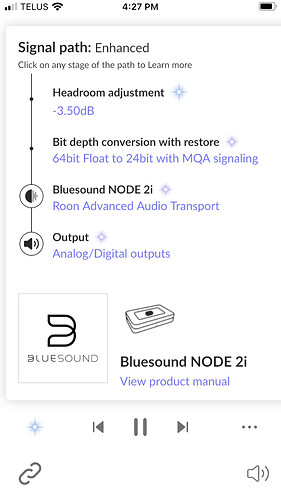 Thanks for asking! I’m checking with the team and will get back to you

We’ve discussed this topic you brought up within the team and we thought the explanation would be useful to all, so it is now included in our help center article:

Just a note, the primary zone in the group may still do rendering depending on the performance of the synchronization.We remove the MQA bits for the non-primary zones.

Thanks for the explanation Rebeka.

In my case, all the components are connected by Ethernet, so I’m thinking latency and ability to maintain synchronization should never really be an issue. Is this accurate, and if yes would Roon consider changing to allow MQA rendering across grouped zones? I use my system with zones grouped 90% of the time, so this is definitely a negative for me.