Simple question: What is the little icon that looks like two people?

I’ve looked in the docs and can’t seem to find a section about these little black&white icons overlaid on bottom left of album art when browsing. I recognise the icons for “in my library” and “Qobuz” and “Tidal”, but what is the one that looks like two people?
Sometimes I see an album shown twice - once with this icon and once without it.
Thanks.

It indicates that the album is a compilation. You can customize the badges that appear on the album display in Settings>General>Customize Album Display>Edit.

The inconsistency you’re seeing (appears on one version but not another) is due to whether it is listed as a compilation, or not, in the metadata. 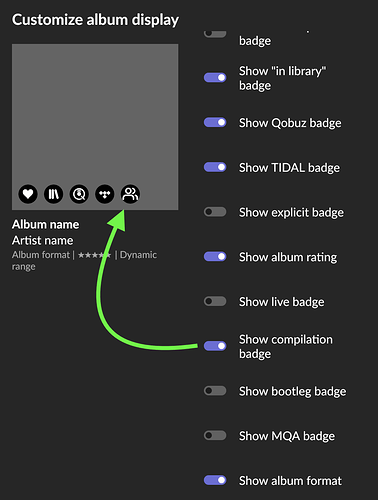