Single not treated as a Single within Roon [resolved]

This here is a single, as understood and automagically identified by Roon: 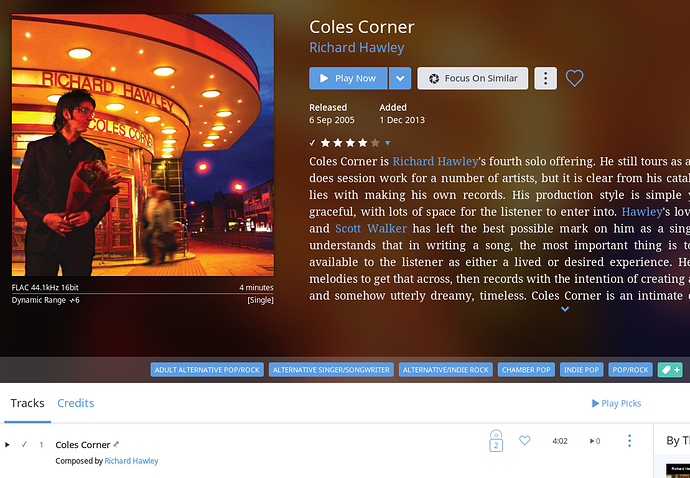 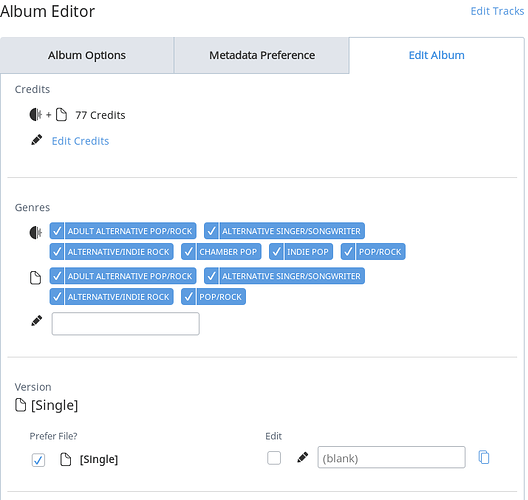 Yet, unlike other Singles, it’s listed among the Albums, alongside the album of the same name.

Rather than among the Singles by the same artist:

Whilst Roon is aware it’s a Single, it’s somehow matched it to the full album despite it only having a single track. Bug?

The [Single] identifier is coming from the Version tag and might be extracted from the directory name at import. Other version tags in your screenshot are Bonus Tracks and Vinyl Rip.

To let it appear as a single you have to scroll down in the Album Editor and set the Album Type to Single.

In the case of that Hawley single the version tag contains [Vinyl Rip], where it’s picking up the superfluous stuff that trails it is anyone’s guess. I moved the album to another server, ran a cleanup on Roon’s database and then copied the album back… the metadata persists despite not being present in my tags.