for some mysterious reason, v1.8 skips this entire local (on my dedicated Qnap NAS) album (v1.7 did not): 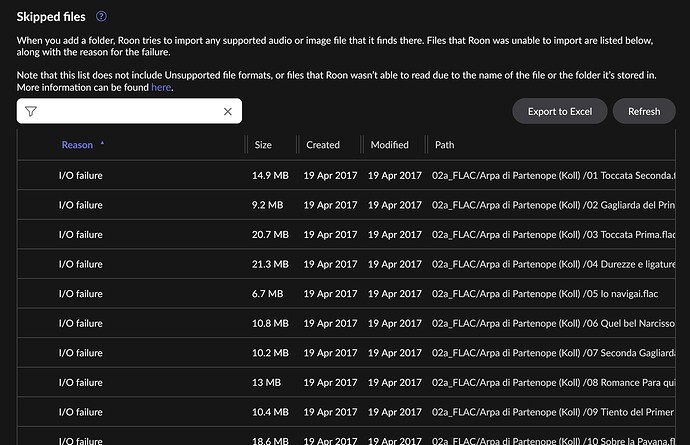 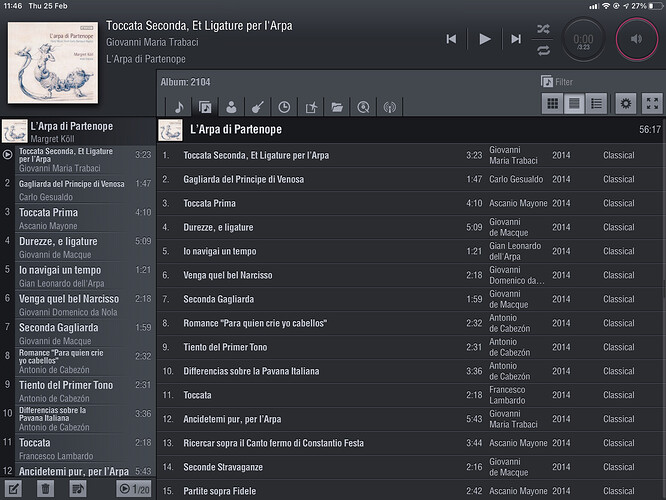 Not support but have you tried either

B. Adding something that is seen in another directory to that one

The idea is to see if it the file or the directory having issues.

thank you Daniel: I have tried deleting the whole album, forcing a rescan then re-adding and re-scanning but it didn’t help

Often times a problem with the path. Looks like a spurious space character {) /} to me. Does it work when you remove it?

Just added a 4 CD collection (with 78 tracks) properly tacked - at least I thought so - to my library (with directory structure music/artist/album ) but it did not show up in Roon despite forcing several re-scans. Intitially I thought this migh be due to one of the following reasons a) the 78 tracks in one directory (but I have other albums with even more tracks) b) Apostrophe in the artist and album name “Ken Colyer’s Jazzmen” (but I have already another album for the same artist properly sc…

A post was split to a new topic: Added Album not showing under Sort by Date Added

Looks like a spurious space character {) /} to me. Does it work when you remove it?

every album (folder) in my music collection follows that naming scheme

… Bingo! thank you so much indeed eagle-eyed guy(s)

(please Roon… fix this nonetheless. other players do not have this “idiosyncracy”

funny, though, in 1.7 (or, maybe, older versions) “skipped files” was empty: I’m sure about this as I usually check it now and then. in fact… Roon did first see this album in 2017: