Skipped MP3 Files - how to resolve the errors?

I’ve got a bunch of skipped files by Roon, which otherwise play perfectly in itunes or other players. I am wondering why.

In some cases, it says File Is Corrupt, but there is no issue in any other program. Another (unhelpful) comments are I/O Failure.

How do I resolve these issues? The files seem to be fine.

What kind of files are these? Can you share a screenshot of them in their storage location, being sure to also include the path to them?

These (the File Is Corrupt) are mp3 files. Roon has read other files in the same directory. 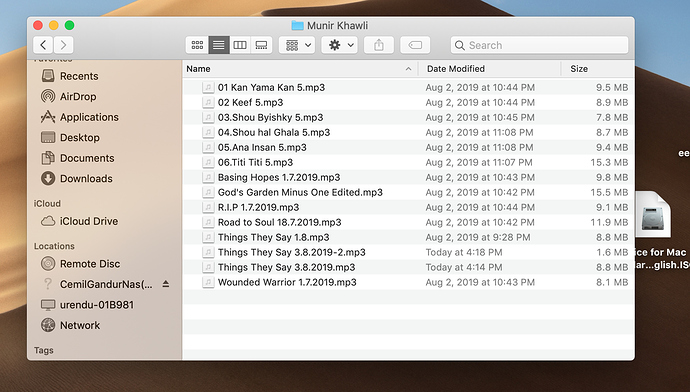 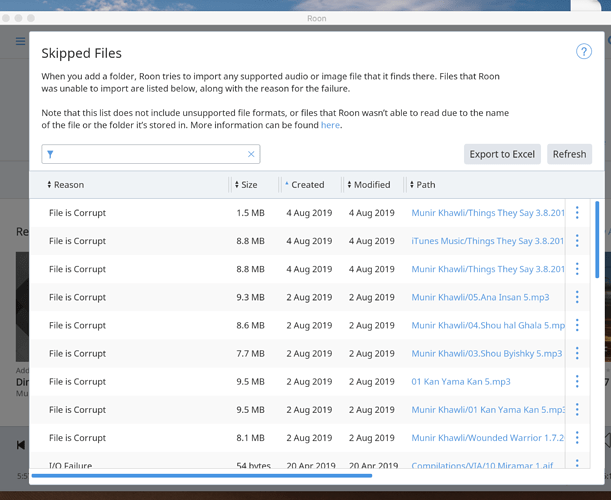 This may not be the same issue, It turned out that my mp3 files that were skipped were all “not normal” mp3 files in some way. The commonality of the skipped mp3 files seemed to be:

In the end, because these were not actually quality music files where I’m worried about sound quality (lots of spoken word podcasts, or pretty bad recordings of very old radio shows from the 1950s/60s (e.g., Jean Shephard shows), I simply re-encoded these “odd” mp3 files using -V0 LAME mp3 encoder. This turned them into standard mp3 files (yes I know that re-encoding an mp3 file creates a version loss…but as noted, it is irrelevant for these files).

I’ll look into them, but they play fine through iTunes

I’ll look into them, but they play fine through iTunes

Yes, all my “skipped files” that were these “odd” mp3 format files played perfectly fine through itunes, winamp, foobar2000, LMS, and other players. It was only my linux-based Roon server that wouldn’t play them.

What did you use to analyze them?

Ok, I think you’ve put your finger on it. I’ve converted the file to aiff and it now plays.

The strange thing is that all the mp3 files were generated using the same music recording software (it’s a home studio recording). Some play and some don’t.

I opened them in mp3tag program, where I have a columns setup to show me a file’s codec (%_codec%) and bitrate (%_bitrate%).