I am generally having pretty good luck organizing my classical music, but occasionally I like to combine discs into “albums” that were intended to be individual discs.

A perfect example is the Mandalorian Soundtrack which comes on 9 “discs” for season one and 2 “discs” for season two. I was able to combine the 9 into 1 and the 2 into 1 and it worked swimmingly, However, I lost Roon’s excellent write-ups for the “discs.” (I suppose because the album is no longer the original “disc” having been combined.)

I tried re-identify or re-anylyze with season one and it messed everything up so I deleted it and re-imported it. Any suggestions? I would like the write-ups t be accessible within the disc selections within the albums.

You can see in my library that I now have NOT combined season one yet, but I have combined season two. Season one has individual write-ups for each disc. Season two has no writeup. I added that artwork separately… 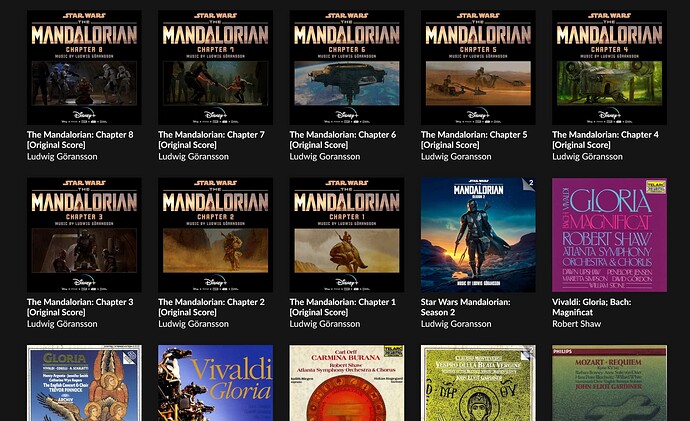 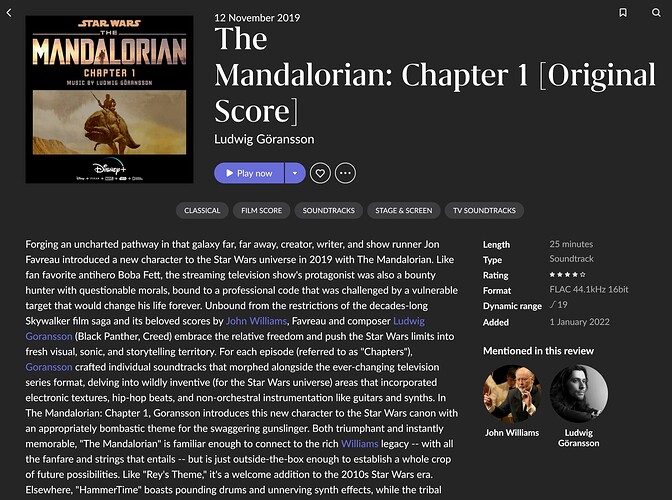 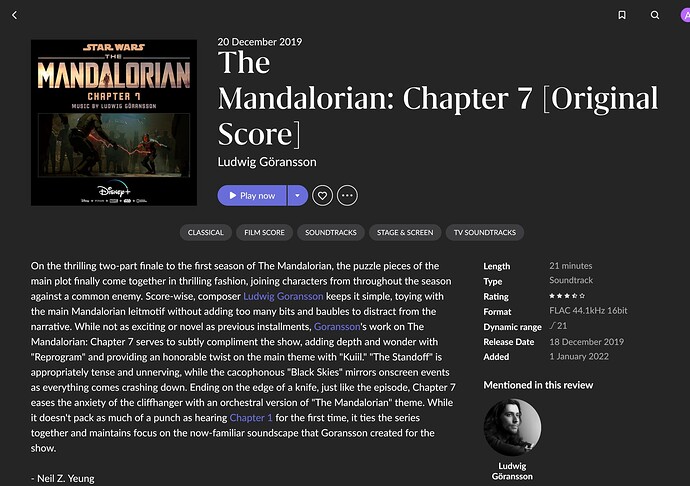 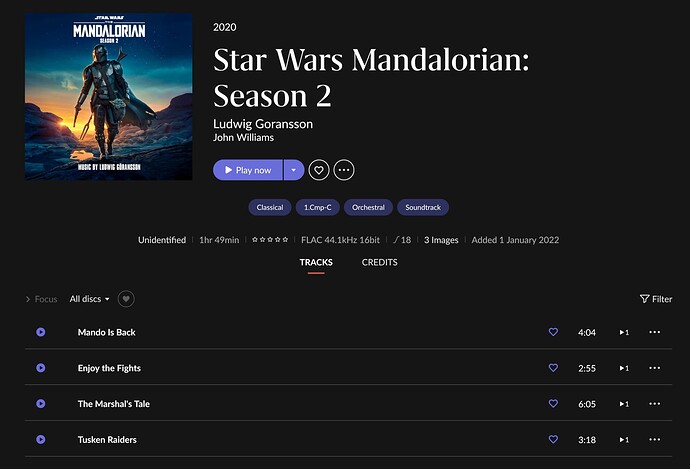 I would like the write-ups t be accessible within the disc selections within the albums.

That is not currently possible. I would suggest making a Feature Request for this.