Each time I launch the Room app on my iPhone 11 max is says “Software Update Needed” - Checking for Updates - and it keeps spinning. The iPhone says specifically “Remote Core (Nucleus) - 1.6 Build (416) stable - Checking for Updates”
I’ve tried going in through web interface and rebooting. No joy.

Can you describe your network? What router is in use? Are there any other devices? How exactly is the Nucleus connected?

Here are the networking details

TBC, nothing in network has changed since this issue occurred.

Here is the picture of admin interface. 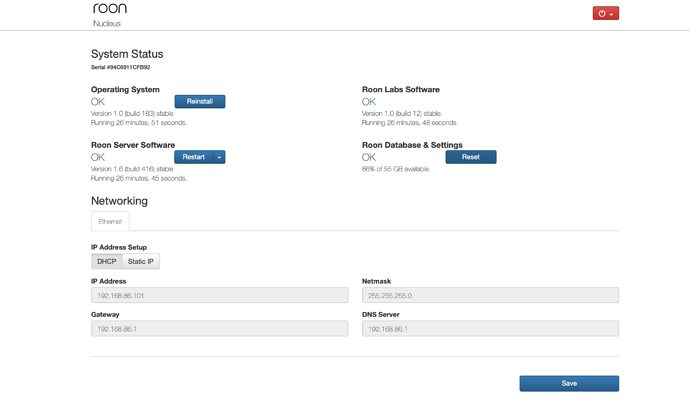 Got it working finally. Reboots did not work. Had to power down nucleus and power up again. Thanks