Some albums being re-added every scan

Seem to be encountering and issue where 30 or so albums in my library (currently 4,500 plus albums in total, all stored on a NAS drive) seem to get re-added to the library every time it’s scanned (both automatically and manually).

Not a terrible issue to have to content with, but I often use the “recently added” feature when deciding what to listen to and it’s a bit frustrating having these repeat additions included there.

Any ideas what could be causing the issue? Is there something that could be a problem or corrupt in the folders for the albums that keep being re-added that would cause them to appear to Roon to always appear as new additions to the library?

Roon has a metadata optimizer in use, maybe there are improvements to the metadata.

Not sure that would account for the fact that it’s the same 25 or so albums that find themselves re-added repeatedly.

Issue has been on going for months now too.

Can you share a screenshot of Settings > Library > Import Settings > Track Import Dates?

Are you using File Creation/Modification time here? Or IMPORTDATE tags? 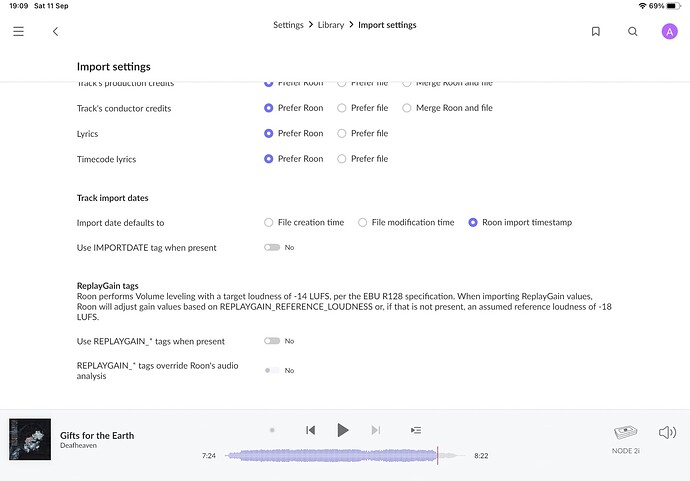 Thanks for looking into this Dylan!