I have a couple of albums that doesn’t stay grouped.

Example… when grouping the following album it will ungrouped itself when restarting Roon. 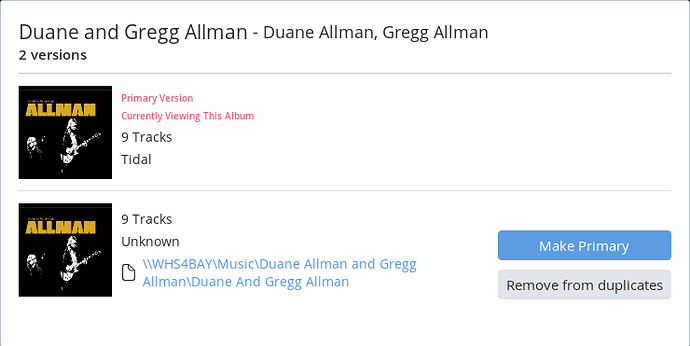 If I change the album and album artist tags to be exactly the same as the Tidal version it stays grouped after restarting Roon.

Should it not stayed grouped no matter what the tagging is?

You can use Fix Track Grouping to find the lost tracks and combine them together to create one single album.

That’s not the issue, there are no lost tracks…
Same number of tracks identical names, but it will ungroup itself when restarting Roon.

Hello @VidarDK , thank you for the report and apologies for inconveniences, but to go further here we would like to get the examples of media files. I’ll follow up with you over PM.