Some demographics from Archimago

Something from Archimago, ostensibly about an MQA survey, that contains some interesting demographics about the respondents and their systems. 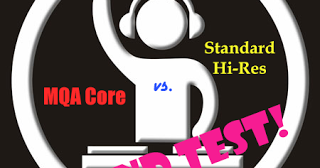 As you know, Part I - Procedure is now published. Within it, I laid out in detail the test, how it was constructed, and how data was c...

So to summarise, statistically people were unable to confidently differentiate between MQA and hi-res. From other similar tests I’ve read online, plus my own hobbyist attempts, I’ve concluded that there is too much bias and too many variables to account for in these tests. This well-designed test further underlines the fact that ‘beauty is in the eye [ear] of the beholder’.

I’ve make comparison between Redbook vs MQA vs Hi-Res using Mytek Brooklyn DAC and my conclusion is MQA is better than Redbook but when compared to Hi-Res, it is a mixed reactions. Sometimes it sound just as good and other times Hi-Res is much better than MQA. If the quality of the DAC is very good, the difference between MQA and Hi-Res will start to differ a lot.

In my opinion Hi-Res PCM/DSD still has a considerable edge when it comes to critical SQ listening.