Some files aren't importing into Roon

Just to wake this thread up, I just now realized I have this issue as well, I took a screenshot of the files in the folder where Roon is set to look for my music. Has a solution been found yet?

edit: Roon says it has imported 4310 tracks, Folder Properties says there are 4683 files in that folder.

This is in Manjaro Linux (Arch based distro) with a KDE Plasma Desktop environment.

Hello @Jason_Carle2, there are a few reasons why certain files might not be imported, but have you checked skipped files to see if anything shows up?

Yes, that was the very first thing I checked. It said there were 0 (ZERO) files skipped.

Ok, so… new update. Roon isnt just not importing some albums, its DELETING them from its library.

Yesterday, this number was 1965 albums. It is removing albums on my HDD where the library is stored…

And the files I noticed this with today, in place on the HDD

Hello @Jason_Carle2, are all the files being removed .aiff? What happens if you convert them to FLAC?

Yes, all the files in my library are in AIFF format, except I think 2 mp3 albums that aren’t available in any other format.

If I move the files out of the folder, and then re-add them, Roon recognizes them. I don’t know what happens if I convert them to FLAC, but I can find out.

Thank you for the reply.

So I converted it to FLAC and Roon saw them, and at that moment Roon also saw the AIFF files…

Also, I switched to Ubuntu 20.04 in the meantime, for other reason than this problem, and the problem continued to the new OS.

Hello @Jason_Carle2, could you please share some more information about your setup including your core specs and network infrastructure? Also, is the HDD you mentioned inside the core or separate?

The HDD is inside the machine that runs the core. Everything on the network is hardwired. That Roon won’t see a file on a hard disk INSIDE the machine is not a network issue. Now, removing the file and re-adding it to the watched HDD did not add it to the Roon library.

Ok, one more data point for you. If I go manually scrolling through the library, they are there, but when I looked in “versions” I could find neither of these, only the Qobuz versions. 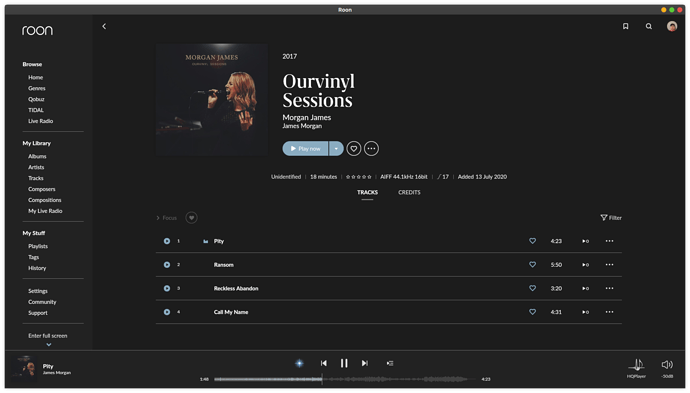 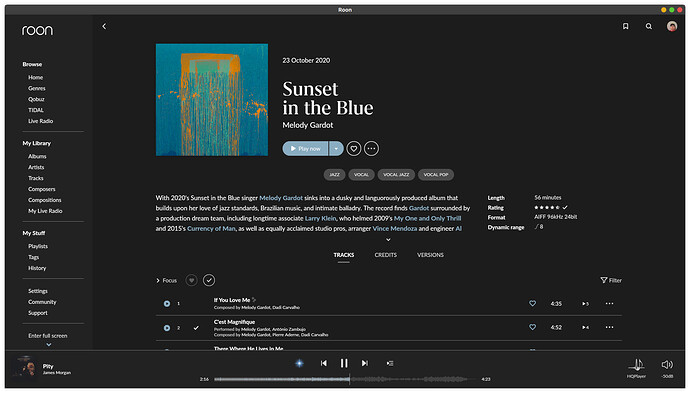 Additionally… Nowhere in my Metadata is the name James Morgan. Roon says in the edit album page that it is using my data because Roon doesn’t have any data on this album… So, how did James Morgan get there?

I did just verify the tags on the album as well.

Maybe this series of screenshots will help you understand. I am on Ubuntu 20.04.2 LTS. fully up to date, the server runs natively, the GUI is in wine. 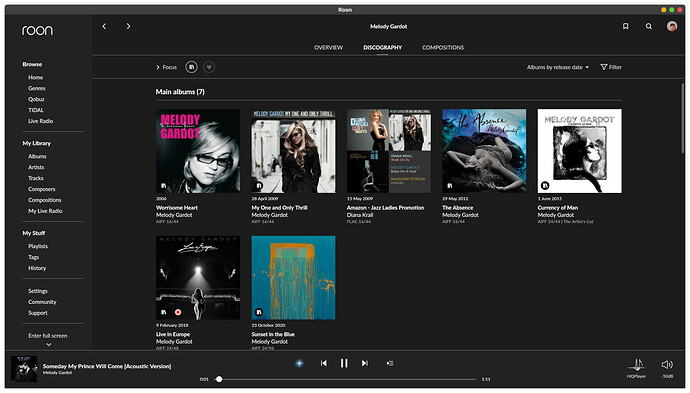 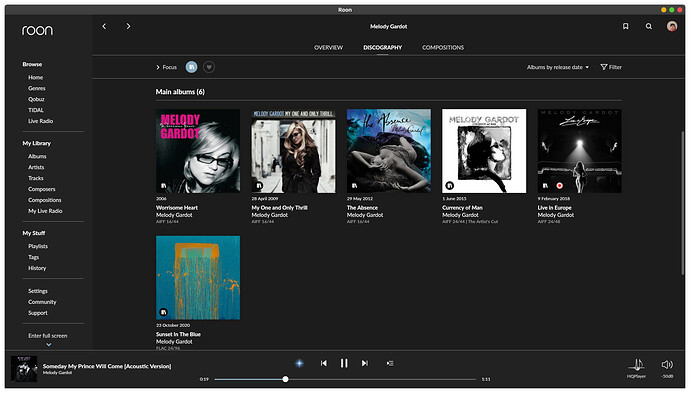 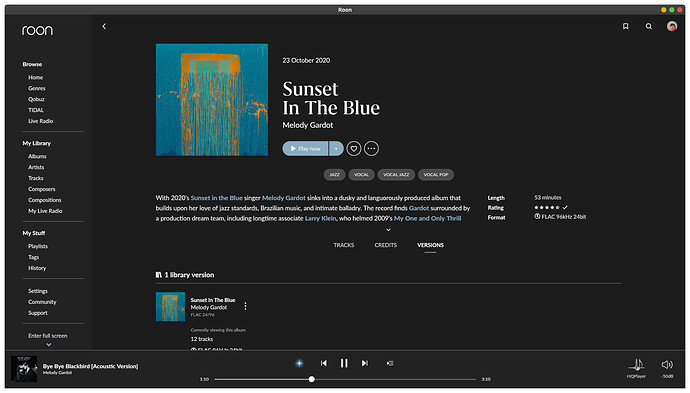 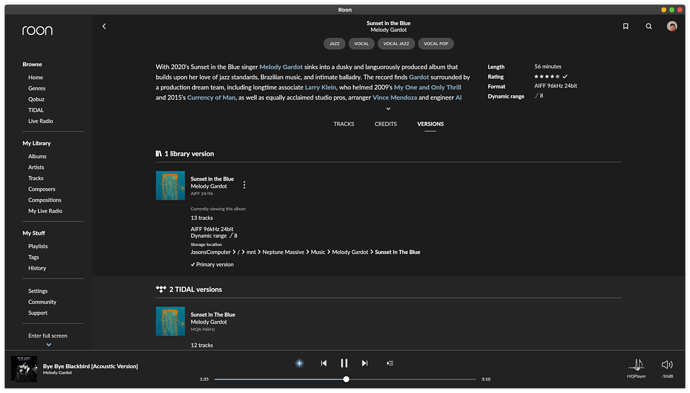 Roon tries hard to be smart:

It seems like Roon got it right this time, but users with a very different way of organizing their files may find this sometimes troublesome. James Morgan may be the result of your first/last name artist sort setting (and possibly a bug). But without knowing your respective setting and what exactly Roon is doing when there’s no other metadata, it’s up to Roon Support to answer that question definitely.

I also bump @support as Nuwriy seems to be no longer available to answer your questions.

no they did not… You’re missing an awful lot of the picture there.

James Morgan is an artist, a male, he is not a beautiful blonde incredibly talented female artist named Morgan James who’s albums I have in my library.

I thought I covered that:

James Morgan may be the result of your first/last name artist sort setting (and possibly a bug).

Additionally: Feel free to show your file tags for that album here as it seems that you have some. I may have misinterpreted your post in the way that there weren’t any at all - hence my hint at the file path to recover the artist name.

so… I erased my entire library, cleaned it up, and then let Roon re-add the entire thing. This is the result. It is possible that when I would restore from backup, it was carrying a bug forward. The albums are there at the moment, with fewer album plays of course, but such is the price we pay. James Morgan is not credited on this album anymore either. 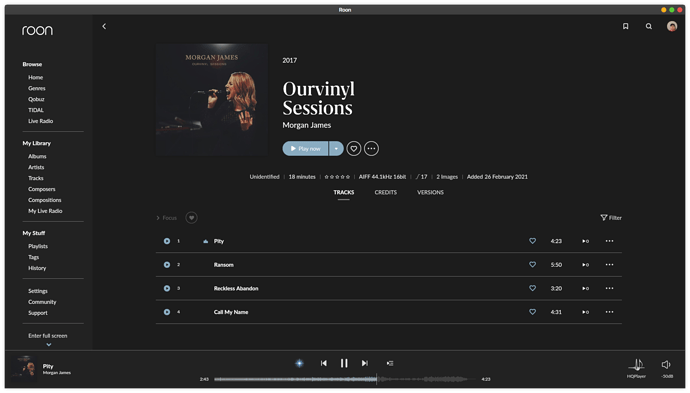